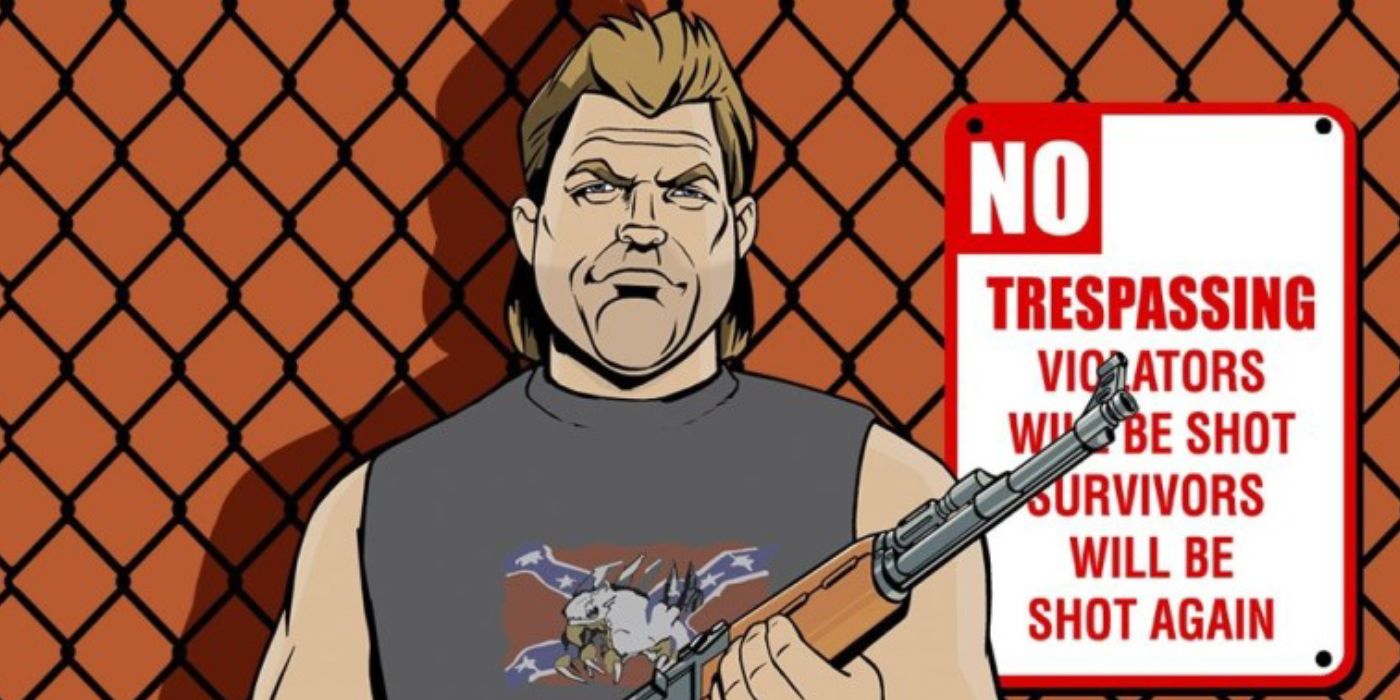 Rockstar Games has apparently altered the appearance of a popular character and removed the Confederate Flag in Grand Theft Auto: Vice City from Grand Theft Auto: The Trilogy – The Definitive Edition, raising questions about any other changes that could have possibly been made for the flagship series remaster. Rockstar Games and publisher Take-Two Interactive officially unveiled the first full trailer of the GTA trilogy remaster a few days ago, showing off all three PS2 era GTA games with updated current-generation graphics and other massive improvements such as improved controls following weeks of speculation and leaks.

Rockstar Games is known for its controversial video games and the Grand Theft Auto series has been used as a lens for American satire through the narrative and recreations of New York, Miami, and Los Angeles, consisting of a variety of aspects that reflect its society. Being fully uncensored, the popular series has been involved with numerous lawsuits over the past two decades. Rockstar Games has however stayed up on top, growing accustomed to public outrages the GTA series has received and continues to release groundbreaking titles.

Posted on the GTA subreddit, (via Game Rant) one sharp-eyed user Chazza354 has pointed out that during Rockstar’s new reveal trailer for Grand Theft Auto: The Trilogy – The Definitive Edition, Phil Cassidy’s appearance has been altered, with the Confederate Flag being removed on his shirt and replaced with a skull. Phill Cassidy previously appeared in Grand Theft Auto 3 and Grand Theft Auto: Vice City as a supposed Vietnam War veteran with multiple stereotypical features of a deep American conservative. Since the Grand Theft Auto series is known for its satire and dark humor, many find it odd that Rockstar removed something they had been mocking from the start.

This isn’t the first instance where the flag has been publicly removed from Rockstar Games’ titles. Grand Theft Auto 5 replaced the Confederate flag at The Lost trailer park with an American flag, though it did keep the flag clearly visible in other areas of the game, such as the pot farm on Mt. Chiliad. Other game studios have also removed or banned the controversial emblem from its titles. Last year Playground Games began banning Forza players who added the flag as a decal to cars, labeling it as ”notorious iconography.“

It’s unclear why Rockstar Games decided to alter Cassidy, but it’s presumably made for modern audiences in mind or possibly a specific change made for the trailer. Whatever the case, the GTA trilogy remasters release date is around the corner so fans don’t have to wait much longer to find out if the remaster has completely changed the PS2 series original charm.

Sam is a narrative designer and writer from Florida. Having studied game design and comms, he loves to keep up with industry news, work on indie projects and talk about retro gaming. You can follow him on Twitter @scriptslash

Chinese rocket company suffers third consecutive launch failure
Answers in the Pages
Kendrick Lamar Releases New Album Mr. Morale & The Big Steppers: Listen and Read the Full Credits
‘The Masked Singer’ Has Longest Day of Production Ahead of Final Round
Octopuses tragically destroy themselves after mating. We may finally know why