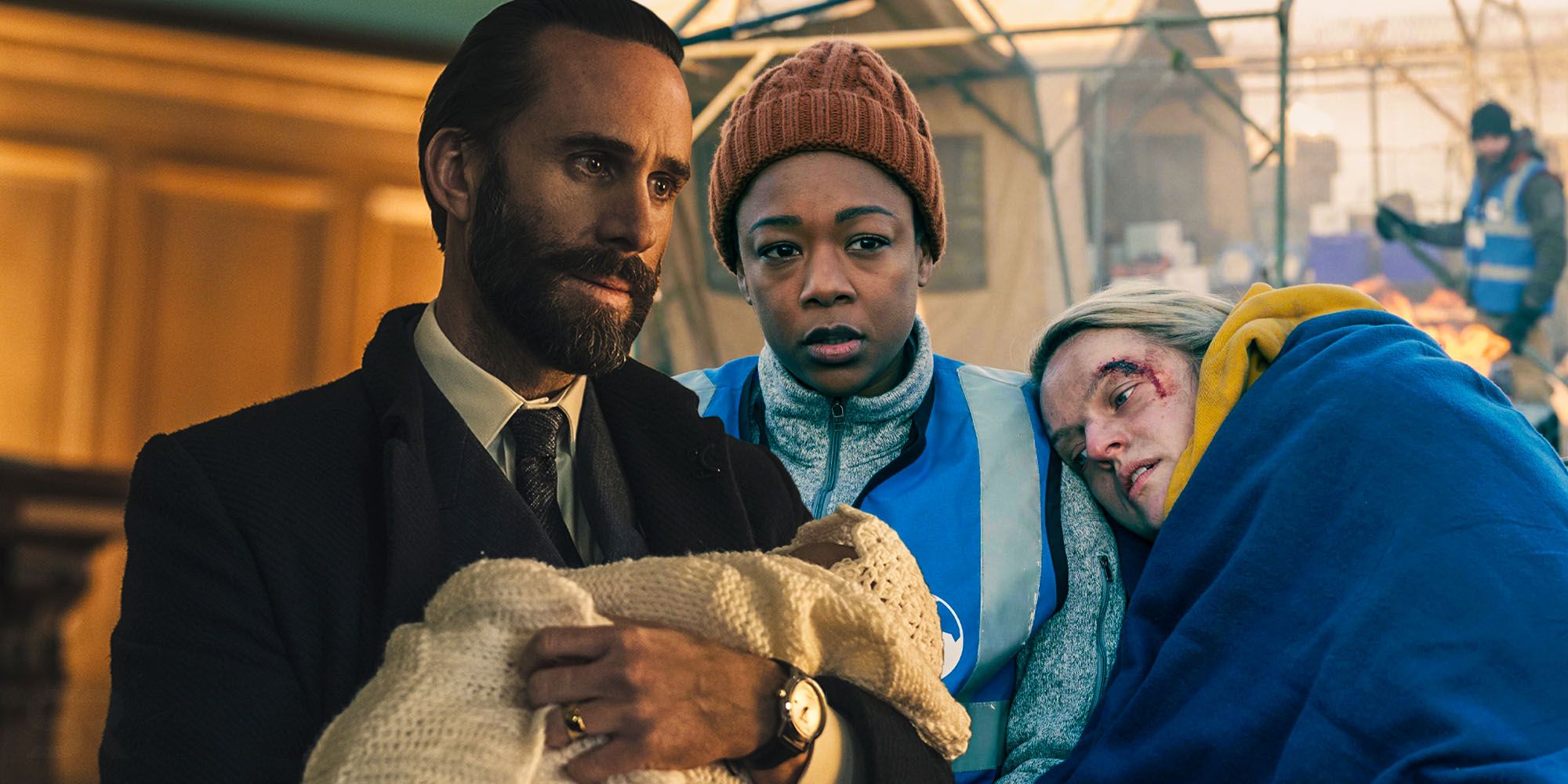 Hulu’s The Handmaid’s Tale repeatedly emphasizes Gilead’s population crisis, but how bad is it in the rest of the world? The TV series, based on the novel by Margaret Atwood, followed a Handmaid named June Osborne as she navigated inhumane conditions in the young theocratic nation. The declining birth rate was a big contributor for the Sons of Jacob, an extremist religious group, gaining power so quickly in the beginning. Gilead society sought any means necessary to further subjugate women, placing any and all blame for pregnancy complications on them. Their solution to the problem forced countless women to become Handmaids and have babies for childless Commanders and their Wives.

Along with the obvious morality concerns, this method was also an impractical one. The harsh conditions Handmaids endured were hardly conducive to childbirth. However, it seemed to be producing results. In flashbacks of June giving birth to her and Luke Bankole’s daughter, Hannah, a nurse revealed that all other babies born in the hospital that day except for two had died. After Gilead’s founding, these statistics improved. Fred Waterford even boasted that theirs was the only country in the world with a rising birth rate. Was everyone else really that bad off?

Related: The Handmaid’s Tale: Every Character Who Has Escaped From Gilead

The world outside Gilead in The Handmaid’s Tale likely suffered from environmental disasters that led to their declining birth rates. Although Gilead’s leaders blamed sin for the population crisis, co-executive producer and writer Dorothy Fortenberry explained (via UN News) that actually, climate change served as the backdrop to America’s collapse. The former USA, largely under Gilead’s control and now surviving only in Alaska and Hawaii, suffered greatly from pollution and other environmental devastation which directly contributed to the worsening birth rate. Ironically, Gilead has done a lot of work to improve these issues by reducing its carbon footprint with electric cars and by cleaning up radioactive areas like the Colonies. The Handmaid’s Tale has not shown much overwhelming pollution in the rest of the world, but that does not mean it did not exist.

Although the show did not reveal a lot about the outside world, a few details suggested similar environmental problems elsewhere. In season 1, an ambassador from Mexico explained that her town had not seen the birth of a healthy child in six years. Unfortunately, it would be much harder for other places to make the same kind of progress as Gilead had cleaning the land because of the nation’s reliance on fear, with Gilead’s secret police, and violent punishments, with its public executions and constant threat to send troublemakers to the Colonies. Gilead’s approach to cleaning up radioactive waste involved sending rebels and other rule-breakers there, where they worked in horrible conditions and suffered a slow, painful death. Most countries have laws protecting against such blatant mistreatment of its citizens, but this also means that any progress they made cleaning their homelands would be much slower.

Of course, it is possible that some countries were spared the worst of the environmental effects. The Handmaid’s Tale has only shown or mentioned places with similar economic power to the former United States, mainly from Europe and North America, where a dependency on fossil fuels and plastic products was the norm. Fred might have only been including nations he considered valuable trade partners or that have comparably powerful armies to Gilead’s. Gilead has a tendency to twist facts and purposefully leave out details that do not fit its agenda, so this possibility is likely. If a “lesser” country had produced less pollution, therefore granting them more favorable birth rates, Fred might not have cared.

While the outside world’s status most likely depended on each nation’s environmental impact, The Handmaid’s Tale never contradicted Fred’s statement. Thanks to Gilead’s clean-up efforts, the country’s birth rate was more promising than the rest of the world’s. Hopefully other nations can find better, more humane ways to fix the population crisis before it is too late.

Next: Handmaid’s Tale: Will June Get Hannah Back In Season 5? Why It’s Unlikely

Autumn Cejer is a Movie/TV Features Writer for Screen Rant. She has spent her life chatting about popular media to anyone who would listen, even appearing on conference panels to discuss her favorite (and least favorite) shows and movies. Autumn has a Master of Arts in English from Northern Michigan University, where she also taught superhero-themed composition courses. She spends her free time drinking coffee and trying to resist the urge to buy any new books before reading the many she already owns.