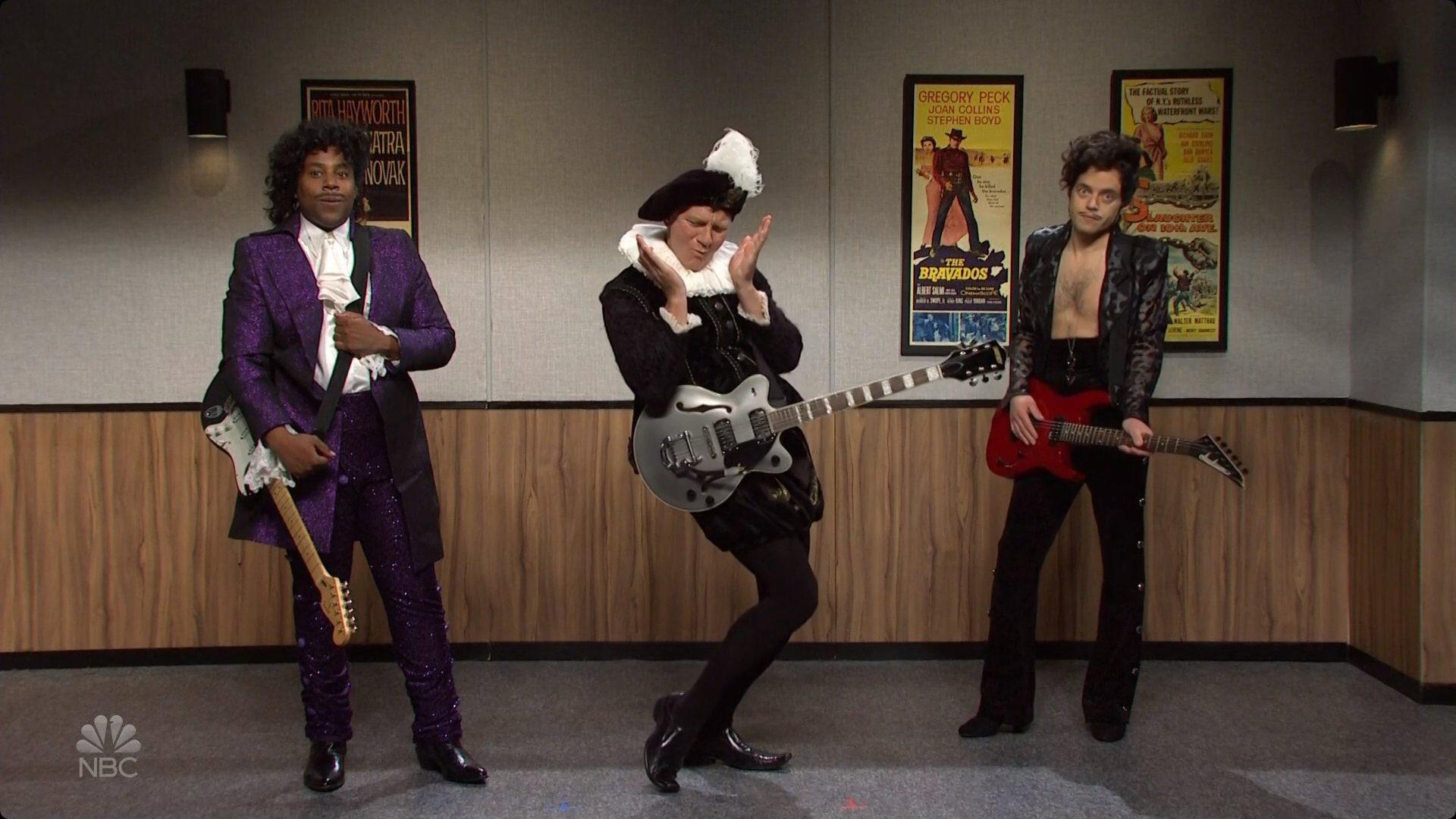 Daniel Craig’s currently starring in No Time to Die, his last outing as James Bond. Luckily for fans of the Bond franchise tuning in to Saturday Night Live, they got a double dose Saturday night. With Rami Malek — the actor behind No Time to Die’s villain — hosting, Craig made a surprise appearance in the live sketch comedy during a sketch about Prince.

Both Malek and Kenan Thompson were playing actors vying to play the late musician in a biopic by Jordan Peele, the filmmaker being portrayed by Chris Redd. Towards the end of the sketch, Craig pops in to audition for the film, which he mistakenly interprets as a movie about a prince and not the Prince.

#SNL Rami Malek and Keenan as Prince. Daniel Craig as The Prince. pic.twitter.com/ooF5vIonrI

“This is it. That’s it, it’s over,” Craig previously said during a sitdown with Entertainment Weekly. “But I, for one, am incredibly happy I got the chance to come back and do another one, because… this movie, whatever people think of it — who knows what people are going to think of it — everybody, including these people here, just put everything into it. And we did our best. And it feels like that. I know it sounds simplistic, but we did.”

Throughout two weekends at the box office, the 25th Bond flick has grossed over $339 million globally. As far as the future of the franchise goes, longtime Bond producer Barbara Broccoli has said that’s still to be determined.

“The success of these films is the central character,” explained Broccoli. “We have not done [a spinoff] in the past, and I don’t think we have any plans to do it in the future. But who knows?”