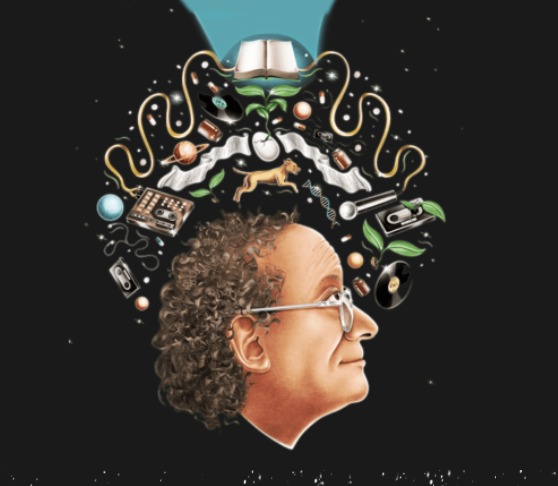 The American Institute of Aeronautics and Astronautics (AIAA) is the world’s largest aerospace technical society  On August 14th, 2021,. at the end of  an all-day virtual symposium on space philosophy, Dr. Bob Krone, space philosophy’s founder, made a five-slide PowerPoint presentation. Standing by at the zoom symposium waiting to make the day’s final remarks was an author of seven books on what he calls “mass behavior, from the mass behavior of quarks to the mass behavior of human beings”– Howard Bloom  .

Krone’s presentation was designed to explain what space philosophy is.  To Bloom’s astonishment, three of Krone’s five PowerPoint panels were on him.  In those panels, Krone made it clear that the entire field of space philosophy is based on Bloom’s body of work—Bloom’s seven books, his articles for the Scientific American, The Wall Street Journal, Wired, the Washington Post, his scholarly journal articles, and unpublished documents like Garden the Solar System, Green the Galaxy, Bloom’s 100-picture visual manifesto for the future of life and the future of humanity, a manifesto that’s been named the official vision of the National Space Society.

Howard Bloom’s career legacy will be a gift  to humanity. He is a leader championing all  our improvements here on Earth. And, as  humans begin to settle in Space, he has  suggested such massive Space Philosophy  ideas as “Greening the Solar System.”

When I was growing up, like most boys I loved watching TV shows and movies that featured UFOs and aliens. And the idea of maybe someday looking up and seeing a real one was thrilling to me. Well, I’m grown up now and I haven’t seen either. But I can with total honesty and confidence say that I have encountered an advanced intelligence: Howard Bloom.

Bloom’s base is science.  He knew nothing about pop culture.  But in 1976, he embarked on what he called “a scientific expedition into the forces of history.”  He founded and ran the biggest PR firm in the music industry. Then there have been other partners with whom Bloom has worked in his scientific expedition into the forces of history:  Buzz Aldrin; the sixth man on the moon, Edgar Mitchell; former governor of New York State David Paterson; former head of the House Science Committee Robert Walker; the eleventh president of India Dr.. APJ Kalam; and Newt Gingrich. An unusual collaborator for a liberal Democrat.

Howard Bloom seems born to obsess about the nature of things at the highest level that human thought is capable of and to communicate it to people like you and me in ways that are deeply informative and exciting. And Bloom is one of the most original thinkers we have.

That may be why Bloom has been called the Einstein, Newton, and Freud of the 21st century by Britain’s Channel 4 TV.  And it may be why one of his seven books–Global Brain—was the subject of a symposium thrown by the Office of the Secretary of Defense including representatives from the State Department, the Energy Department, DARPA, IBM, and MIT.

Unlike just about any other thinker on the planet, Bloom has been published in scientific journals or has given lectures at scholarly conferences on twelve different scientific disciplines from quantum physics, cosmology, evolutionary biology, psychology, and neuroscience to political science, information science, and astronautics.  He says he’s out to see the big picture that emerges when you view all of the specializations as pixels in a sweeping panorama. And to do that, he feels you have to be an expert in as many fields as your mind can handle.

Bloom has shown with books such as The God Problem: How a Godless Cosmos Creates, and pretty much every single thing he has ever written that he has a unique passion and an intimidating capacity for understanding and synthesizing what amounts to a mountain range of subjects and finding deep explanations for them that, if applied, would likely propel humanity and life on Earth from a sense of desperation and scarcity to one of exultation and abundance.

Bloom uses the best scientific evidence we possess to show how we have almost limitless resources right under our noses and above our heads. That possibility sounds too good to be true for most of us who are fed daily pronouncements of doom.  But thankfully Bloom always does his research in any idea he explores and has a remarkably deep and precise understanding of science.

In fact, he has been thinking about issues as deep as outer space and how the universe evolved since he was ten years old and dove head first into microbiology and theoretical physics. Six years later, Bloom came up with a theory of the beginning, middle and end of the universe that predicted something that wouldn’t be discovered for 38 years–dark energy. (https://www.youtube.com/watch?v=wdJyafSBCb0).  He put this Big Bagel theory together while working as a research assistant at what was then the largest cancer research center in the world, the Roswell Park Memorial Cancer Research Institute in his hometown of Buffalo, NY.

Bloom was sixteen. I don’t know about you, but I think I was much more concerned with how my hair looked when I was that age.

Bloom was kind enough to share a conversation with me recently about his role in space philosophy, a conversation that was enlightening and energizing and made me feel more hopeful about the world. Our discussion was about how to survive and flourish not only in our future home in outer space, but also here on Earth.  Bloom laid out the social, political, evolutionary, and cosmic perspectives we need to find the right answers to these issues.

To spare you from having to listen to me talk, here are a few fun and deeply informative examples of a carbonated conversation with Howard Bloom, snippets that make it obvious why his thinking does indeed matter and  why it is urgent that we get our own thinking in line so we can start surfing the wave he is on and have confidence in a great future for future generations, and hopefully for us.

Bloom zeroed in on life forms we consider far beneath us, bacteria, single-celled organisms that live in communities of seven trillion, organisms that we could afford to learn from.  “Right now there are bacteria 12 miles beneath our feet turning raw rock into bio stuff, turning dead stone into food and fuel for life,” says Bloom.  “They don’t act as if we are running out of resources.  They seem to know that for every ounce of living stuff on this planet, there are 100 million ounces of dead stuff just waiting to be kidnapped, seduced and recruited into the grand project of life.  If bacteria are so bright, why are we so dumb?  We Westerners are not running out of resources, we are running out of imagination.”

And getting life off the planet Earth…”It’s our obligation to take life beyond the gravity well.”

About his surprising and continuous involvement in space :activism. “In 2005 I was yanked unwillingly into my first space convention by people from the National Science Foundation, NASA, and the National Space Society, and roughly once a year I’ve been speaking at space conventions ever since! I’ve been preaching that, to quote Proverbs, ‘Without a vision, a nation shall perish.’ Nations that look up go up. Nations that look down go down. And nations that look up sense a wealth of resources just waiting to be turned into food for life..  They sense a potential paradise right over our heads.

“The Chinese are feeling this celestial optimism right now.  Xi Jinping, China’s leader, preaches populating the entire solar system, turning it Chinese.  In fact, he’s inserted this ‘space dream’ into China’s constitution.  If we don’t outpace China, we will be tossed into the dustbin of history.  And our values—pluralism, tolerance, freedom of speech, and democracy—will go into that dustbin with us.”

From the six years I have known Bloom, I can say that when he is remembered, it will be for his realistic and optimistic predictions about our future and how we can survive and flourish, if we commit to thinking as clearly as we can and not see ourselves as limited.. And Bloom can explain how and why we need to spread ecosystems on high without blinking an eye. In person, Bloom is magical and humble at the same time. And he is genuinely compassionate and sincere.  Bloom is also an incomprehensibly vast resource of scientifically grounded, cutting edge ways of seeing and thinking about where we are now and what our future can be.

The major message from Howard Bloom seems to be this:

“3.85 billion years ago, when life first began, the planet on which it got its start was a poison pill of stone.  It was the mother of all climate catastrophes.  Yet life has managed to garden and green the place.  Life has managed to turn its planet from a nightmare of stone to an Earth. Why?  Life is ambitious.  Life is a doom-rider and a catastrophe tamer.  Life aches to turn new poison pills of stone green.  It aches to plant ecosystems all over the galaxy.

“So the question is, who will be the Johnny Appleseeds of space, democratic westerners or the autocratic Chinese?”

If we commit to behaving ethically and compassionately. And if we use our human capabilities and resources wisely…the sky is clearly not the limit.

Danny DeVito Joins Disney’s Live Action ‘The Haunted Mansion’ Movie!
All In
Mick Jagger Jabs Back at Paul McCartney Over ‘Blues Cover Band’ Remark
Latest ‘Ghostbusters: Afterlife’ Trailer Shows Us What Egon Was Up To in Recent Years [Video]
Injecting algae into suffocated tadpoles brings their brain cells back to life