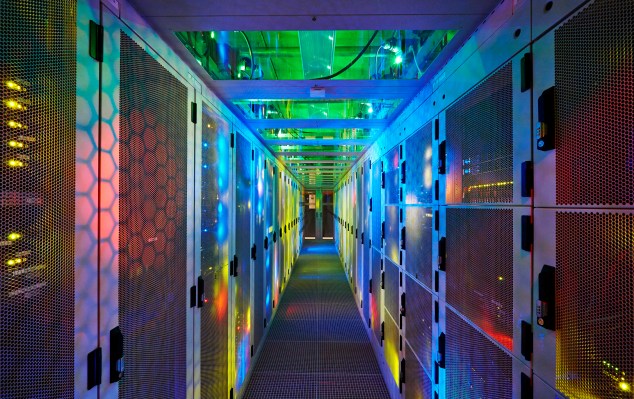 Datacenters are taking on ever-more specialized chips to handle different kinds of workloads, moving away from CPUs and adopting GPUs and other kinds of accelerators to handle more complex and resource-intensive computing demands. In the latest development, a startup called Speedata, which is building a processor (fabless) to cover the specific area of big data analytics, is coming out of stealth and announcing $70 million in funding to continue building its product and embark on its first commercial deals. In a market that’s seeing a proliferation of purpose-built chipsets these days, Speedata claims to have, in its own words, “the world’s first dedicated processor for optimizing cloud-based database and analytic workloads.”

The news comes after a period in which Israel-based Speedata has piloted its tech with a mix of large companies — hardware makers, end users, big-name cloud providers — to show how it can speed up their workloads, which it has, by some two orders of magnitude, CEO and co-founder Jonathan Friedmann told TechCrunch. Speedata is a fabless chip startup, so the next steps will be to produce the chips and ink commercial deals, likely with some of those running tests with the company.

Speedata was founded in 2019 and has been in stealth since then, and so the funding getting announced today is actually in two parts. First, there is a $15 million seed round led by Viola and Pitango that dates from some time back. And second, a newer $55 million Series A led by Walden Catalyst Ventures, 83North, and Koch Disruptive Technologies (KDT), with Pitango and Viola participating, alongside Eyal Waldman, co-founder and former CEO of Mellanox Technologies.

Friedmann and others on the founding team — the other co-founders are Dan Charash, Rafi Shalom, Itai Incze, Yoav Etsion and Dani Voitsechov — have an impressive track record in the worlds of academia and the chip industry, with multiple exits and groundbreaking patents behind them — one key factor in the company accruing so much backing without a single commercial deal yet to its name. “We were grossly oversubscribed for this round,” he said.

The reason Speedata has focused on big data analytics is that, first of all, it’s been a hard problem to solve for the fragmentation in data sources (and before you wonder, the company is not disclosing how and why it was able to make this breakthrough now; the stealth element persists). And second of all, because, in Friedmann’s words, “it’s probably the biggest workload in the datacenter” and so is overdue for more dedicated processor attention beyond the CPUs and FPGAs that are currently being used to support it.

To be clear, its focus on big data analytics is not the same as computing AI workloads, an area currently dominated by Nvidia, although Nvidia also becomes a potential competitor as it expands its own horizons.

That is also why striking while the iron is hot is of the essence for Speedata right now, he added. One reason it has yet to be addressed is because it’s only really starting to emerge as a bottleneck now.

Data, and the generation of it in the enterprise, is currently exploding exponentially — Speedata cites research from IDC that projects the amount of data that will be created in the next three years will exceed the amount created in the past 30.

But analytics processing around that is no longer advancing at the rate it used to — in part because of that volume of data — and so looking at how to fix that by way of better processors is a multidisciplinary problem, Friedmann said. “It’s a human problem, but also one of networking improvements and needing a deep understanding of what is going on in the deep learning software,” he said.

“We really have a once in a lifetime opportunity,” he said. “We are approaching a huge, not niche, market. Analytics covers about 50% of the expense in a data center, so that is a huge market. There are so many things to do around that.”

The payoff of course is gaining much deeper insights and knowledge that can help in many areas such as medical research, financial services, cybersecurity, autonomous systems and more. Big data analytics is projected to be a $70 billion market by 2025, and that implies better hardware and services built to support that.

“Datacenter analytics are being completely transformed, and accelerated processors are set to play a substantial role in this revolution,” said Waldman in a statement. “Much like NVIDIA’s GPU revolutionized the AI space, Speedata’s unique APU will transform database computing. Data processing is a swiftly growing, multi-billion-dollar market in which acceleration will unleash the use of data in the applications of tomorrow and help countless entities reliant on big data innovate and compete. I look forward to supporting this extraordinary team as they reimagine big data processing for years to come.”