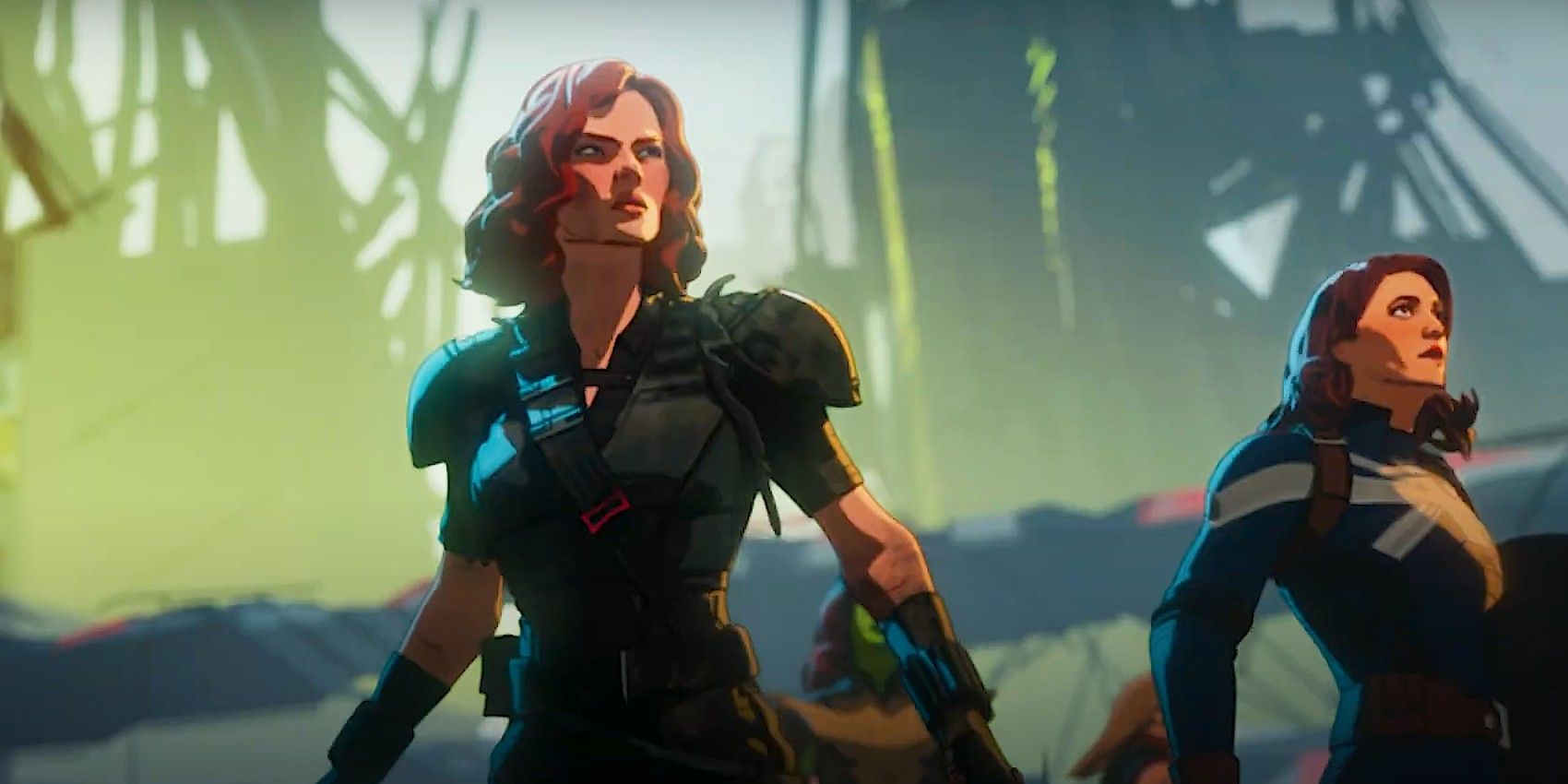 The mid-season trailer for Marvel’s What If…? sets up the Guardians of the Multiverse, as well as several other adventures that lie ahead for the Disney+ series. What If…? is about halfway through its first season, and it has been quite a rollercoaster ride for Marvel fans. Over the course of its first 5 episodes, the animated series has explored unique scenarios within the MCU, from a version of Captain America: The First Avenger with a Peggy Carter who took the super-soldier serum to the outbreak of the zombie apocalypse. Interestingly, since the multiverse has been blown wide open in the MCU proper, everything in What If…? is technically canon.

What If…? has a total of 9 episodes in its first season, meaning there are 4 to go. Episode 6, which arrives this Wednesday, will feature the return of Michael B. Jordan’s Killmonger, and it so far looks like he’ll actually be a hero this time around. Future episodes are still largely being kept under wraps, but fans have been able to glean a few hints from the various What If…? trailers that have been released. The latest, a mid-season teaser, offers perhaps the best glimpse yet at what lies ahead.

Related: Why What If…? Doesn’t Call Branching Realities “Nexus Events”

On Tuesday, Marvel Entertainment dropped the mid-season sneak peek for What If…?. The trailer features a mix of old and new footage; for example, fans will recognize that the mention of two Doctor Stranges is in reference to episode 4. At the same time, it’s an enticing peek at the many wild adventures that still lie ahead. Check out the trailer down below.

One of the more exciting moments of the What If…? trailer is the new glimpse at the Guardians of the Multiverse. Acting as a parallel to the iconic shot of the Avengers from the 2012 movie, the Guardians of the Multiverse appear to be comprised of Black Widow, Captain Carter, T’Challa, Thor, and Gamora. It isn’t clear what threat they’re facing, but if their episode is meant to be a reimagining of The Avengers, it could be something similar to the Chitauri. It also further confirms the fact that characters who seemed to exist within their own universes – like Captain Carter and the Star-Lord version of T’Challa – will unite in one timeline.

Another shot of interest in the What If…? trailer is the one of Tony Stark wielding the Infinity Gauntlet. It looks like there’s an Avengers: Endgame-inspired episode ahead, though exactly what makes it different from the movie hasn’t been revealed just yet. Still, part of the thrill of watching What If…? has been working out what each episode is every week, so it might even be better that so much is still up in the air. It just means there are a lot of exciting surprises ahead in the next four weeks.

More: Every MCU Easter Egg In What If? Episode 5

What If…? releases new episodes Wednesdays on Disney+.

Rachel LaBonte is a news, feature, and movie review writer for Screen Rant with a deep passion for film and television. A graduate of Emerson College, she majored in Media Arts Production while specializing in screenwriting. She’s been a writer ever since high school when she realized she was rather good at it and joined as many entertainment news clubs as she could while in school. Most notably, she wrote for Emerson’s website Emertainment Monthly, and one of her film reviews won an Evvy (Emerson’s student awards) for Best Review. Her deep love of movies led to her working at a movie theater for five years, which she loved despite the angry customers. An avid reader who constantly buys books before reading the ones she already owns, Rachel is a huge fan of superheroes (especially of the Marvel variety) and wizards and will likely never be able to catch up on all the movies/TV shows she longs to watch.