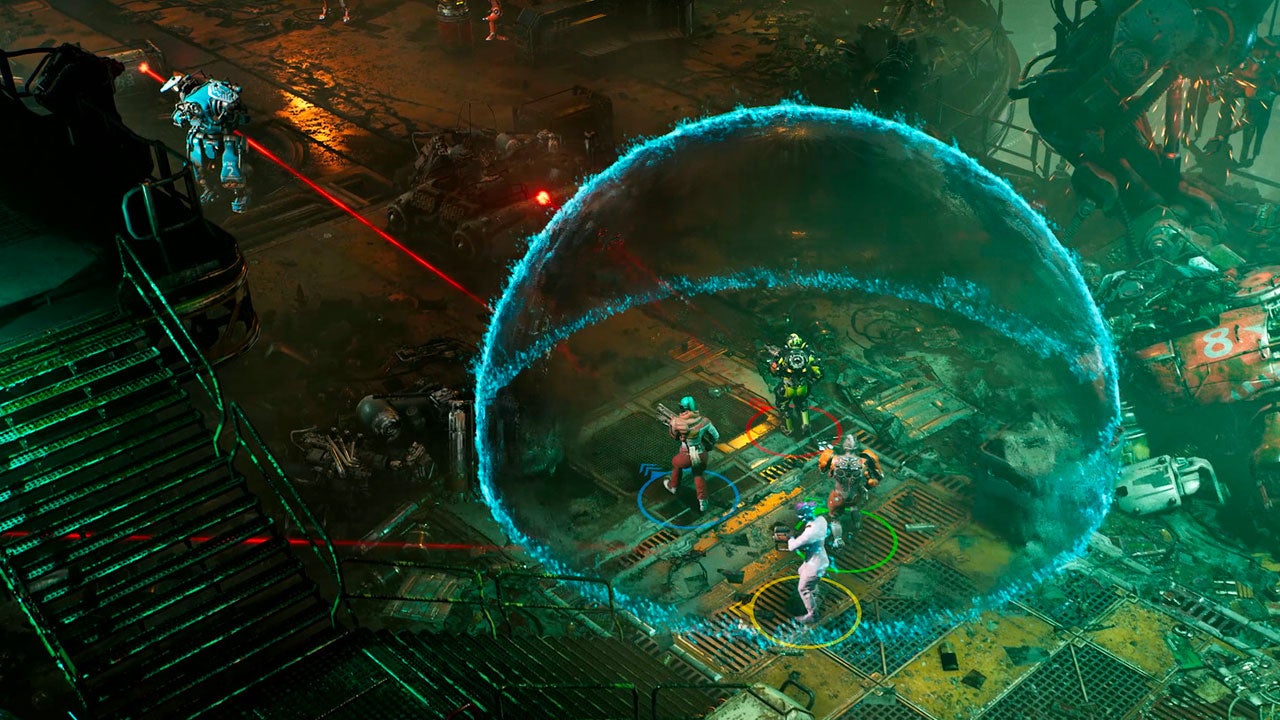 I’m always up for a good old-fashioned Diablo-style action-RPG. But The Ascent spices things up by setting its horde-hunting, XP-grinding gameplay in a beautifully realized cyberpunk world, then adds another unique layer on top of that by virtue of the fact that combat is more twin-stick shooter than melee clickfest. The result is a game I feel like I haven’t played a thousand times already – and a good one at that. And while it does suffer from some frustrating design choices, it’s nevertheless a fun way to spend 15-plus hours.

The first thing you’re likely to notice about The Ascent is that the developers at Neon Giant absolutely nailed the cyberpunk aesthetic. The world of Veles feels grimy and lived in, from the bustling city areas that are crawling with NPCs to the corporate high-rises of the upper class cccbeing literally above everyone else to the aptly named deepStink sewers at the bottom of the world. At least one of the following are on-screen at any given moment: vibrant colors, beautiful rain (it isn’t cyberpunk without rain, after all), and excessive violence. The story, meanwhile, isn’t particularly engaging or memorable, which is a shame given how well-realized the world is. But it’s hardly bad, and I certainly never got bored of looking at The Ascent.

That’s also mostly true about playing it. The Ascent takes a little while to get going – its first couple of hours are a bit dull in the gameplay department, where you’ll be shooting the cyberpunk equivalent of rats, but before long you’re in the power band of this 15-20-hour quest to (what else?) take down a monolithic corporation. All of the tried-and-true action-RPG mechanics are here: a character creator, upgradeable primary and secondary weapons, customizable armor and skills that can each also be leveled up, and sidequests aplenty. Weapon and skill upgrades are the big highlights here, as you can make significant boosts to your health, reload speed, energy level, and other tangible things that have a direct and enjoyable impact on gameplay. Armor never really felt like it could be built up the way your weapons can, but at least I looked like a badass hulking tank by the end, and you’re able to enjoy your build after the closing credits roll because you’ll be dumped back into the world to continue working on sidequests, if you want to.

Many weapons have potent knockback effects or straight-up tear the limbs from your foes.

All of this feeds The Ascent’s core gameplay loop. Aim, shoot, dodge, kill, and repeat. Crouching or aiming above your head also factor heavily into combat, though those can sometimes be annoying, such as when you get hung up on a decoration in the environment when trying to roll or when you try to shoot someone who’s on some stairs. Still, most of the time it’s sadistically fun to pull your gun’s trigger here, as many weapons have potent knockback effects or straight-up tear the limbs from your foes. Enemy variety is also deep enough such that you’re encouraged to keep a number of weapons on-hand to take down particular foes, be it a target-seeking energy rifle against a hovering miniboss or a rocket launcher for large spider-bot mini-bosses.

While combat stayed relatively entertaining most of the way through, the last stretch of the campaign did test that feeling a bit. As I’ve seen countless times before, The Ascent subscribes to the late-game design philosophy of “just throw all of the toughest enemies you’ve already faced before at you, but all at once,” which has never been particularly fun and certainly isn’t here. The end is just a grind, and it frustrated me more than anything else. Some questionable late-game checkpoint placement didn’t help either, and though there are multiple fast-travel methods available to you, sometimes you’re just stuck walking for quite a while to reach your objective, and there will always be randomly spawned enemies obnoxiously in your way. I recommend bringing a friend along to help numb that endgame pain, though then again co-op makes The Ascent better 100% of the time anyway.