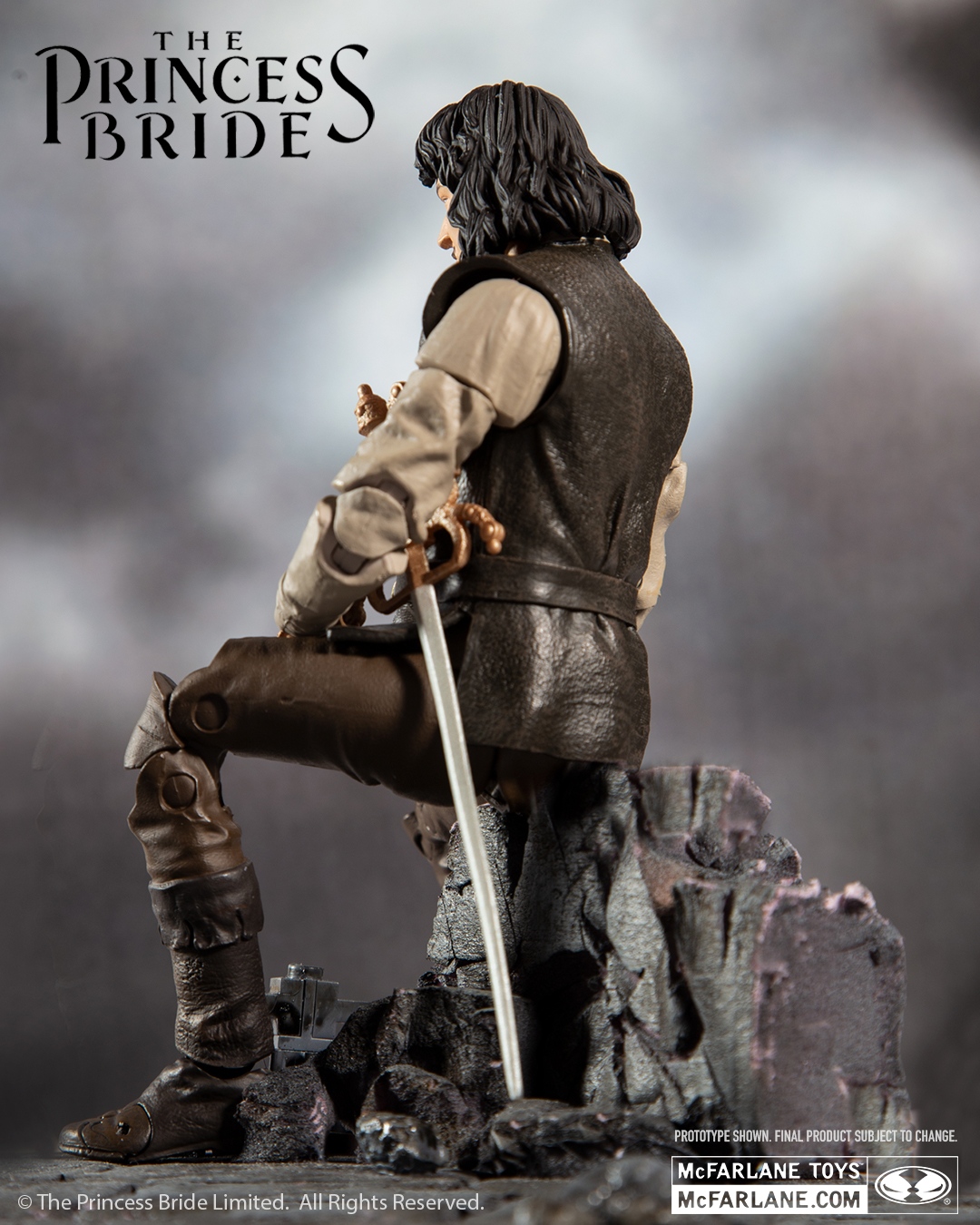 My name is Inigo Montoya, you killed my father, prepare to die!

If you remember sometime last year McFarlane Toys teased that they had the license to The Princess Bride and were going to release 7″ figures. As a big fan of the film I have been anticipating this toy line for some months now and I am very happy that we are starting to see the figures now. The first figure revealed is Inigo Montoya and I have to say on first impressions, he looks excellent. We can’t see the face yet only a glimpse of it at the moment. I am hoping that the likeness to Mandy Patinkin is very good or has a good resemblance to him.

The detailing in the costume looks great and I am glad that he comes with his iconic sword too. Hopefully, it won’t be too long before we see Wesley/Dread Pirate Roberts, Princess Buttercup, Prince Humperdinck, Count Rugen, and Fezzik. Though I would also love to see The Albino and Miracle Mix & Valarie though I doubt they would happen as they don’t have really big roles in the film but I would love to see them all the same.

No release date has been announced yet, but hopefully we’ll have more information soon.

The Next Monster Rancher Game Is All About Kaiju
Julia Garner Sits Front Row at Drag Show and Gets Props for Madonna Role
In The Dark Season 4 Episode 4 Review: Hard Pill to Swallow
“Uzumaki”: Adult Swim’s Junji Ito Adaptation Has Been Delayed to “Recreate Ito’s Masterpiece Properly”
‘The Pope’s Exorcist’: Russell Crowe Starring in Horror Movie from ‘Overlord’ Director