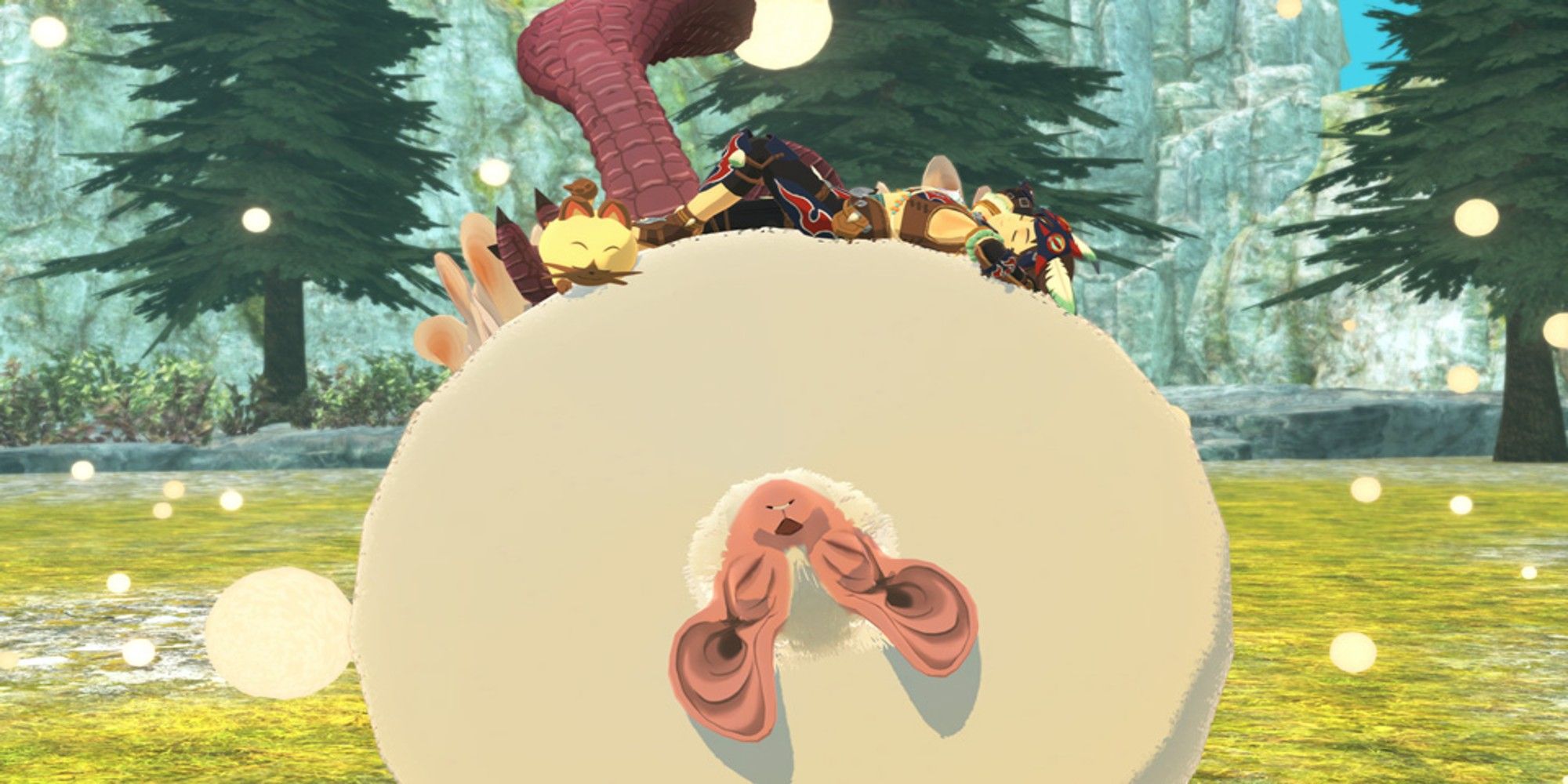 Sleep Sacs are a material used for upgrading weapons in Monster Hunter Stories 2: Wings of Ruin, most often those that deal with “sleep” alignment effects. Putting opponents to sleep in a turn-based game can allow players a significant advantage, but Monsters that use sleep elemental attacks – and can therefore drop Sleep Sacs – are hard to find. This guide will outline where and how to farm Sleep Sacs in Monster Hunter Stories 2.

Related: Monster Hunter Stories 2: Wings of Ruin Prayer Pot (& What it Does)

Unlike other games in the Monster Hunter series,  Monster Hunter Stories 2’s Sleeps Sacs only have a few uses, as they are a low-rank crafting material. These uses include upgrading the Scylla Blade Great Sword and Cluster Hammer to their final stages. Riders will need to progress through Monster Hunter Stories 2 for quite a while before they reach any Monsters that deal sleep damage. Fortunately, it’s easy to upgrade the weapons that require Sleep Sacs once players reach this point in the game, since all of their other upgrade materials can be found in the same place.

Where To Get Sleep Sacs In Monster Hunter Stories 2

Monster Hunter Stories 2‘s Sleep Sacs can only be found in Loloska. The best Monster for Sac farming is the Baggi, usually accompanied by Great Baggi. Both Monsters have the ability to dish out sleep elemental damage, potentially causing either the player or their Monsties to fall asleep for a turn. Fighting the Great Baggi and Baggi isn’t difficult, but it tends to be a drawn-out fight because of the sleep effect. Winning against them yields Sleep Sacs, as well as Great Baggi and Baggi parts that can be used to upgrade the Scylla Blade and Cluster Hammer to their second stages. The Nerscylla also drops Sleep Sacs, but this Monster is tougher and appears less frequently.

Though both the Cluster Hammer and Scylla Blades require Sleep Sacs, only the Cluster Hammer actually deals the sleep elemental damage effect. A more efficient way to use this effect would be to add either the Nerscylla or Great Baggi to the party as a Monstie. This allows players to level up the Great Baggi or Nerscylla as Monster Hunter Stories 2‘s plot continues and to avoid sacrificing damage against stronger Monsters, as the Cluster Hammer will inevitably be less effective.

More: How to Find (& Get) Nargacuga in Monster Hunter Stories 2

Monster Hunter Stories 2: Wings of Ruin is available on Nintendo Switch and PC

Ghost Of Tsushima: How A New Fighting Stance Could Affect Gameplay
Related Topics

Kaleb is a freelance game guide writer for Screen Rant, based in NY. His hobbies include streaming on Twitch under @captnkahleeb and exercising. If the controller is down he is most likely doing something in the gym or trying to learn something random from YouTube. Occasionally, Kaleb spends his time studying a variety of subjects in philosophy.