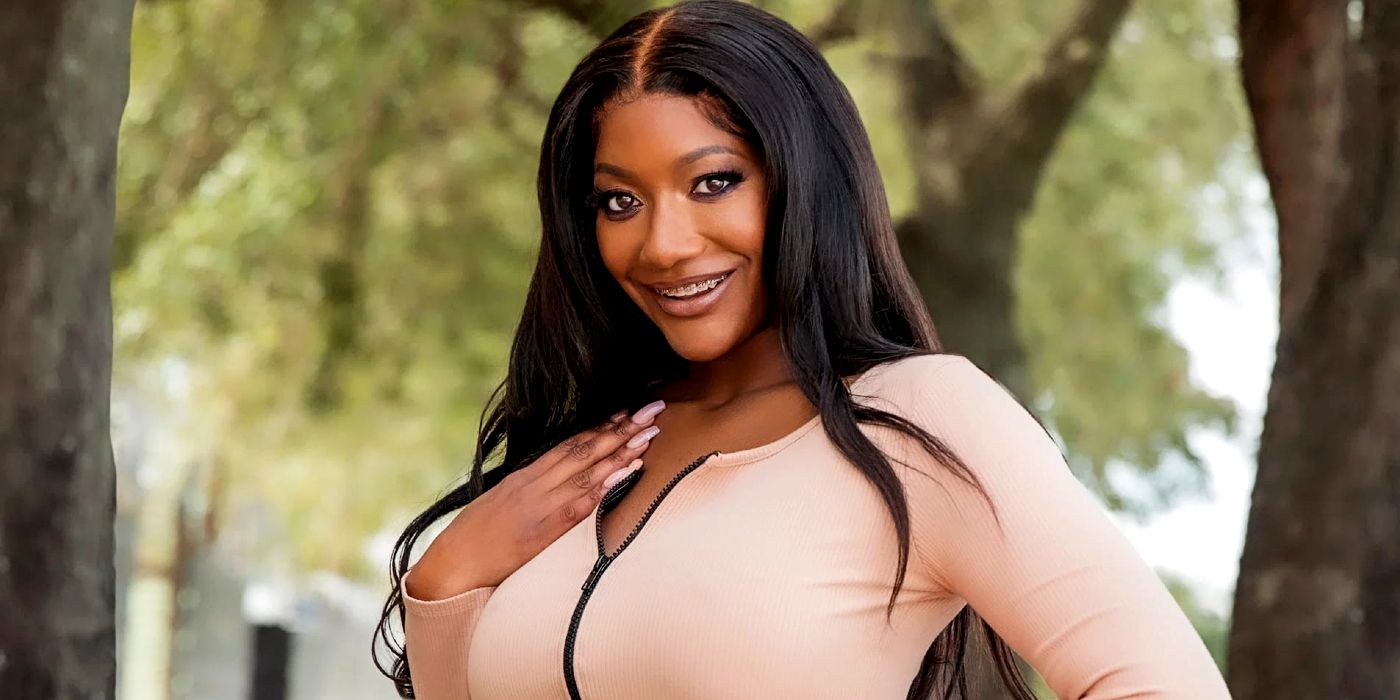 Brittany Banks from 90 Day Fiancé now has a new boyfriend who she showed off on Instagram, calling him “daddy” on Father’s Day. The aspiring rapper and influencer was a controversial cast member on 90 Day Fiancé: The Other Way for dating Jordanian ex Yazan Abu Horira, and still sticking to her bold ways. After her breakup with Yazan, Brittany dated two men secretly on 90 Day: The Single Life and later, created a ruckus by missing the Tell-All reunion. However, since her exit from the show, Brittany seems to have ditched the single life to date a new man, whose youthful appearance is shocking fans.

Many wanted Brittany to end up with Terrance on 90 Day: The Single Life, but the reality TV star broke up with him. Due to her juggling him and Justin, Brittany was trashed for keeping Terrance “in rotation” and often ghosting him. Often called a “brat” by fans, Brittany’s diva attitude was also a major cause of her criticism on 90 Day Fiancé: The Other Way when she was engaged to Yazan. Not only was the story of her meeting Yazan via his sister sketchy, but Brittany kept her first marriage a secret from him, as fans concluded that she entered the relationship for fame.

“She had other situations going on too, so, me and her were kind of just talking,” Terrance declared on the 90 Day Fiancé spin-off. But it appears that Brittany is now in a serious relationship, as per her grand Father’s Day reveal. While her other cast members were wishing their dads a happy day, Brittany reshared a video on her Instagram stories of a mystery man saying “Thank you baby” with a heart emoji for setting up a scrumptious food spread. As per a repost by 90dayfiancéfanatics2, the 90 Day Fiancé star replied to the story by captioning it with “Your welcome daddy.”

The man was revealed to be @billionairemoonie, who, according to his Instagram profile, is an independent artist and owns a travel agency that has only one post on its page. Brittany’s new man himself has over 30.3k followers and seemingly confirmed they’re together by reposting one of her new fashion photos on his stories. Fans, however, feel that Brittany’s “daddy” may be too young for her, and are commenting things such as, “He looks 14” and “why is he wearing toddler styles?” after seeing the man’s pics.

In the meantime, Brittany’s 90 Day Fiancé ex Yazan has revealed his plans to marry girlfriend Lulu in July. Because Lulu is from the U.S., it could mean that Yazan finally gets the K-1 visa that Brittany had promised him. It is rumored that despite her no-show at the Tell-All, Brittany could be a part of 90 Day: The Single Life season 2. Brittany has recently moved to Atlanta while focusing on her OnlyFans and Cameo popularity.

Saylee Padwal is a Reality TV Features and News Writer for Screen Rant. A lifelong storyteller, Saylee is an avid lover of mysteries, cheese, and Taylor Swift, (though not necessarily in that order.) When she’s not writing or scrolling endlessly through Instagram, Saylee enjoys sad music, soju bombs, and finding fictional characters to have unexplainable crushes on.