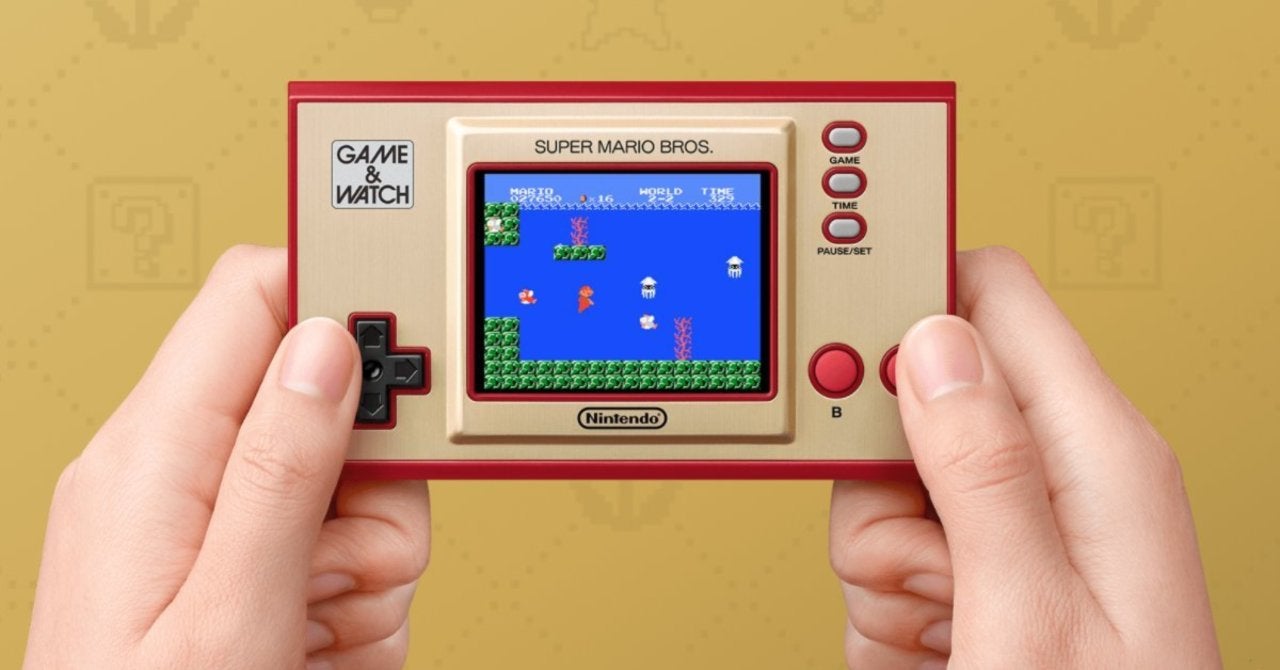 Pre-orders for Nintendo’s new Legend of Zelda Game & Watch handheld went live last week, but you can score a Prime Day 2021 deal on the Super Mario Bros. Game & Watch that they launched for the 35th anniversary of the franchise if you jump on it quickly. It’s based on the Game & Watch systems from the ’80s, but this new version allows you to play the original Super Mario Bros. in its entirety along with Super Mario Bros.: The Lost Levels, and a Mario version of the Ball game. It even includes a classic clock feature that’s been upgraded with 35 different animations that play in the background.

The Nintendo Super Mario Bros. Game & Watch handheld was available order here on Amazon for $39.99 (20% off) but it sold out quickly. However, you can still score the deal here at Best Buy at the time of writing. The system features a rechargeable battery with 8 hours of play time and a NES-style button layout. You can take a closer look at the console in the trailer video below.