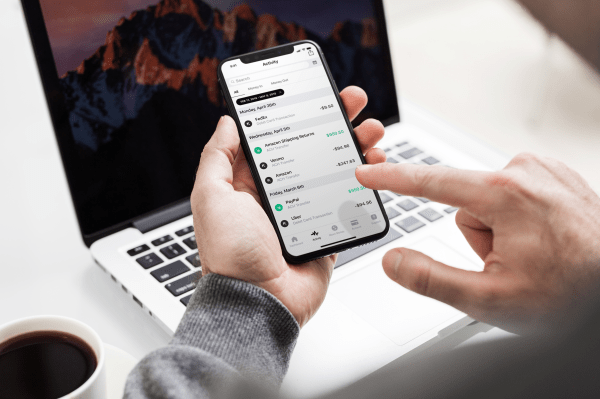 Small businesses have traditionally been underserved when it comes to IT — they are too big and have too many requirements that can’t be met by consumer products, yet are much too small to afford, implement or thoroughly need apps and other IT build for larger enterprises. But when it comes to neobanks, it feels like there is no shortage of options for the SMB market, nor venture funding being invested to help them grow.

In the latest development, Novo, a neobank that has built a service targeting small businesses, has closed a round of $40.7 million, a Series A that it will be using to continue growing its business, and its platform.

The funding is being led by Valar Ventures with Crosslink Capital, Rainfall Ventures, Red Sea Ventures, and BoxGroup all also participating. The startup is not disclosing valuation but Novo — originally founded in New York in 2018 but now based out of Miami — has racked up 100,000 SMB customers — which it defines as businesses that make between $25,000 and $100,000 in annualized revenues — and has seen $1 billion in lifetime transactions, with growth accelerating in the last couple of years.

There are a wide variety of options for small businesses these days when it comes to going for a banking solution. They include staying with traditional banks (which are starting to add an increasing number of services and perks to retain small business customers), as well as a variety of fintechs — other neobanks, like Novo — that are building banking and related financial tools to cater to startups and other small businesses.

Just doing a quick search, some of the others targeting the sector include Rho, NorthOne, Lili, Mercury, Brex, Hatch, Anna, Tide, Viva Wallet, Open, and many more (and you could argue also players like Amazon, offering other money management and spending tools similar to what neobanks are providing). Some of these are not in the U.S., and some are geared more at startups, or freelancers, but taken together they speak to the opportunity and also the attention that it is getting from the tech industry right now.

As CEO and co-founder Michael Rangel — who hails from Miami — described it to me, one of the key differentiators with Novo is that it’s approaching SMB banking from the point of view of running a small business. By this, he means that typically SMBs are already using a lot of other finance software — on average seven apps per business — to manage their books, payments and other matters, and so Novo has made it easier by way of a “drag and drop” dashboard where an SMB can integrate and view activity across all of those apps in one place. There are “dozens” of integrations currently, he said, and more are being added.

This is the first step, he said. The plan is to build more technology so that the activity between different apps can also be monitored, and potentially automated

“We’re able to see this is your balance and what you should expect,” he said. “The next frontier is to marry the incoming with outgoing. We’re using the funding to build that, and it’s on the roadmap in next six months.”

Novo has yet to bring cash advances or other lending products into its platform, although those too are on the roadmap, but it is also listening to its customers and watching what they want to do on the platform — another reason why it’s clever to make it easy to for those customers to integrate other services into Novo: not only does that solve a pain point for the customer, but it becomes a pretty clear indicator of what customers are doing, and how you could better cater to that.

Listening to the customers is in itself becoming a happy challenge, it seems. Novo launched quietly enough — between 2018 and the end of 2019, it had picked up only 5,000 accounts. But all that changed during 2020 and the Covid-19 pandemic, which Rangel describes as “just hockey stick growth. We grew like crazy.”

The reason, he said, is a classic example of why incumbent banks have to catch up with the times. Everyone was locked down at home, and suddenly a lot of people who were either furloughed or laid off were “spinning up businesses,” he said, and that led to many of them needing to open bank accounts. But those who tried to do this with high-street banks were met with a pretty significant barrier: you had to go into the bank in person to authenticate yourself, but either the banks were closed, or people didn’t want to travel to them. That paved the way for Novo (and others) to cater to them.

Then other market forces have also helped it. You might recall that banking app Simple was shut down by BBVA ahead of its merger with PNC; but at the same time, it also shut down Azlo, it’s small business banking service. That led to a significant number of users migrating to other services, and Novo got a huge windfall out of that, too.

In the last six months, Novo grew four-fold, and Rangel attributed a lot of that to ex-Azloans looking for a new home.

The fact that there are so many SMB banking providers out there might mean competition, but it also means fragmentation, and so if a startup emerges that seems to be catching on, it’s going to catch something else, too: the eye of investors.

“The ability of the Novo team to grow the company rapidly during a year where businesses have faced unprecedented challenges is impressive,” said Andrew McCormack, founding partner at Valar Ventures, the firm co-founded by Peter Thiel, another big figure in fintech. “Novo tripled its small business customer base in the first half of 2021! Their custom infrastructure and banking platform put them in prime position to expand their services at an even faster pace as we come out of the health crisis. All of us at Valar Ventures are excited to join this team.”

‘Army of Thieves’: Watch the First Footage from the ‘Army of the Dead’ Prequel Movie! [Video]
‘Cyborg soil’ unearths a complex web of hidden microbial cities
Shudder’s “Creepshow” Season 3 To Unleash Gruesome New Monsters This September
‘Jaws’-Themed Musical ‘Bruce’ Targets Seattle For 2022 Opening
Shut! Up! The Princess Diaries Just Celebrated Its 20th Anniversary, And Fans Are Asking Anne Hathaway Where The Next Sequel Is At