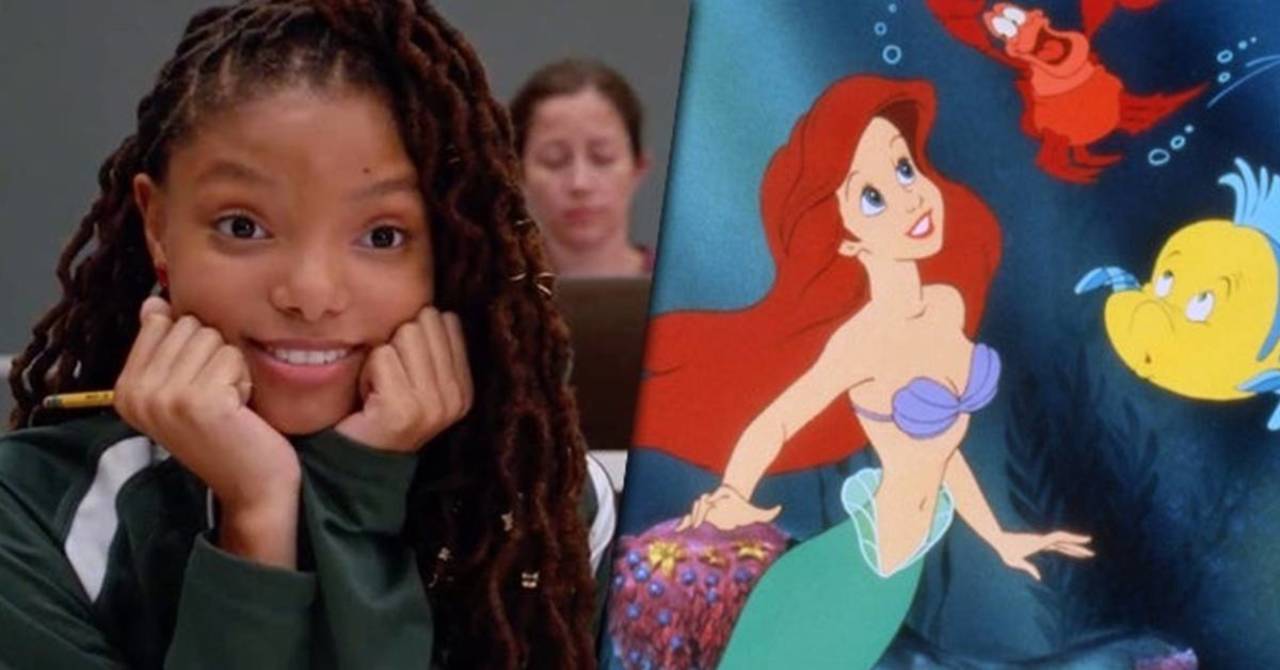 Disney’s live-action take on The Little Mermaid is currently in production, with filming taking place over in Italy. While Disney has yet to release anything official from the film just yet, set photos from the production are finally starting to surface online, and fans are getting a chance to see star Halle Bailey take on the role of Ariel for the very first time. This week, images of Bailey in a mermaid’s tail made their way to social media.

The set photos were released exclusively by Daily Mail, and they show Bailey sitting on a beach with co-star Jonah Hauer-King, who plays Prince Eric. By the looks of the photos, the two actors are either blocking for a scene or going through some kind of water training. Bailey is donning a wetsuit in addition to her tail and Hauer-King is wearing a life vest. Take a look!

EXCLUSIVE: Halle Bailey pictured for the first time as Ariel as she films The Little Mermaid in Italy https://t.co/vsS3aO67fE

There’s always a chance that the wetsuit and vest could be a part of the costumes if the movie is being set in the modern day. Still, it doesn’t seem like a mermaid would need a wetsuit while she still has a tail, so that feels like a stretch.

Bailey will be taking on the role of Ariel, the mermaid princess who gives up her voice in order to go to the surface and experience the life of a human. Hauer-King is playing her love interest, Prince Eric, and Melissa McCarthy will be playing the evil Ursula, one of the most iconic villains in Disney history. The film will also feature the voices of Awkafina, as Scuttle; Jacob Tremblay, as Flounder; and Daveed Diggs, as Sebastian. Javier Bardem is set to play Ariel’s father, King Triton.

Musical veteran Rob Marshall will be directing The Little Mermaid. Marshall has previously directed musical projects such as Mary Poppins Returns, Into the Woods, Nine, and Chicago. Jane Goldman and David Magee wrote the screenplay for this new adaptation, based on the 1989 film of the same name. Alan Menken is return to make new music for The Little Mermaid, alongside Hamilton‘s Lin-Manuel Miranda.

Are you excited to check out Disney’s live-action take on The Little Mermaid? Let us know in the comments!