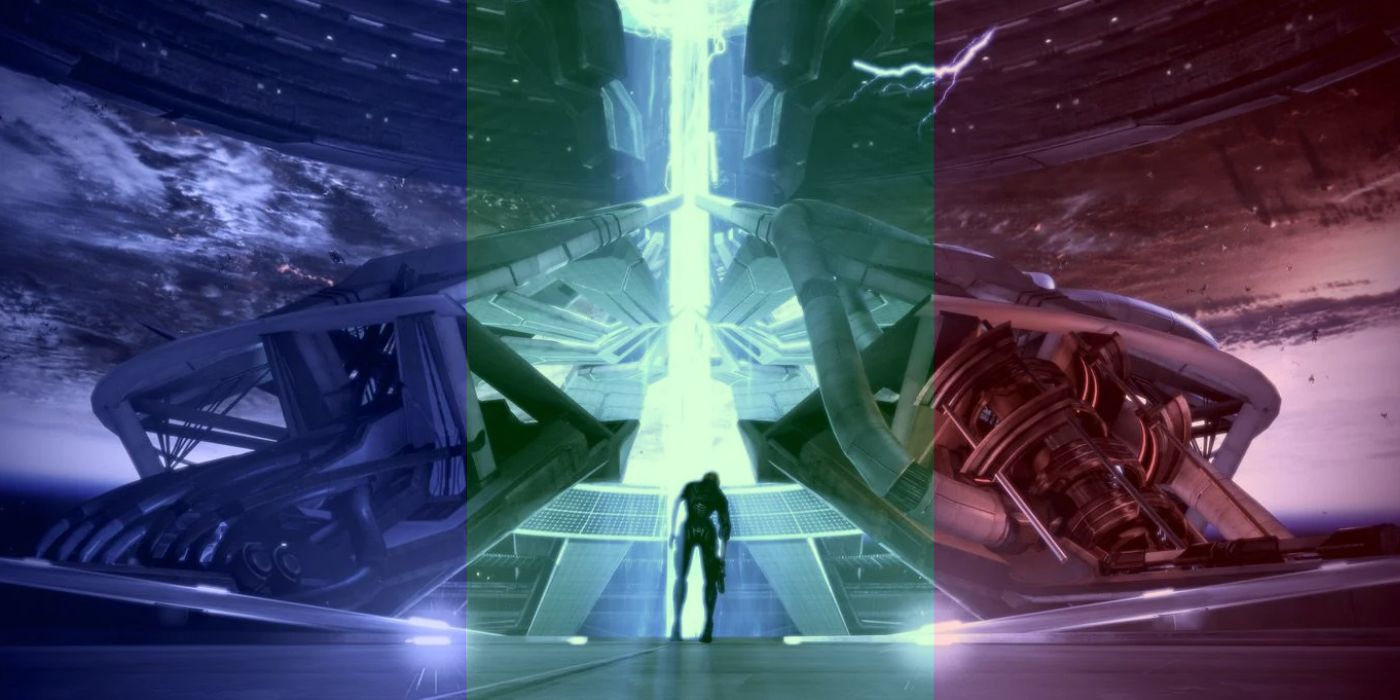 Many players felt Mass Effect 3‘s original ending – and, thus, that of the entire trilogy – was too simple, presenting players with three choices at the game’s finale and failing to provide closure for its storylines and characters. In response, BioWare released the “Extended Cut” update several months after the launch, expanding Mass Effect 3’s ending by adding more cutscenes, epilogues for alien races and characters, more dialogue options, and more context in general.

Related: Mass Effect Legendary Edition: BioWare Invites You To Make Your Own Poster

Why Mass Effect Legendary Edition Only Includes The Extended Cut

As Mass Effect Legendary Edition project director Mac Walters told IGN in a February 2021 interview, the decision to only include the Extended Cut ending comes from the idea of approaching the series as if players had all of the trilogy’s DLC and updates from the outset.

While no further changes have been made to the Extended Cut itself, there have been tweaks to the Galactic Readiness system, which determines the variation of the game’s extended endings a player gets. Multiplayer matches in Mass Effect 3 used to contribute to a player’s Galactic Readiness, but with multiplayer cut from Mass Effect Legendary Edition, the system has been rebalanced. Now, players who play through the first two games and carry over their save files to the third will have a much better chance of scoring a good endings, whereas players who start with just Mass Effect 3 will need to do the majority of its optional content to stand a chance against the Reapers.

Some may be disappointed the original ending isn’t viewable or that the Extended Cut wasn’t further extended, but these would perhaps be beyond the scope of what Mass Effect Legendary Edition is all about. BioWare has made clear the collection is intended to be the ultimate Mass Effect package, presenting the original trilogy in the best way possible but stopping short of creating brand-new content or dramatically changing the spirit of the original games’ final forms. Mass Effect 3’s Extended Cut ending is already its revised, improved ending. Those who want BioWare to continue expanding upon Mass Effect‘s universe can only wait for the potential release of the franchise’s next installment.

Next: Mass Effect Legendary Edition Lets You Use The Awful Old Mako Controls

Mass Effect Legendary Edition launches May 14 on Xbox One, PS4, and PC, also playable on Xbox Series X/S and PS5 via backwards compatibility.

Without The Justice League, Superman Has Lost All Hope
Related Topics

Cameron Koch is a Denver, CO based writer who’s writing on gaming has appeared on sites like Game Informer, Gamepedia, and now Screen Rant. On the rare occasion he’s separated from a keyboard or controller, he enjoys fencing (the sword-fighting kind) and obsessing over the latest kaiju film.