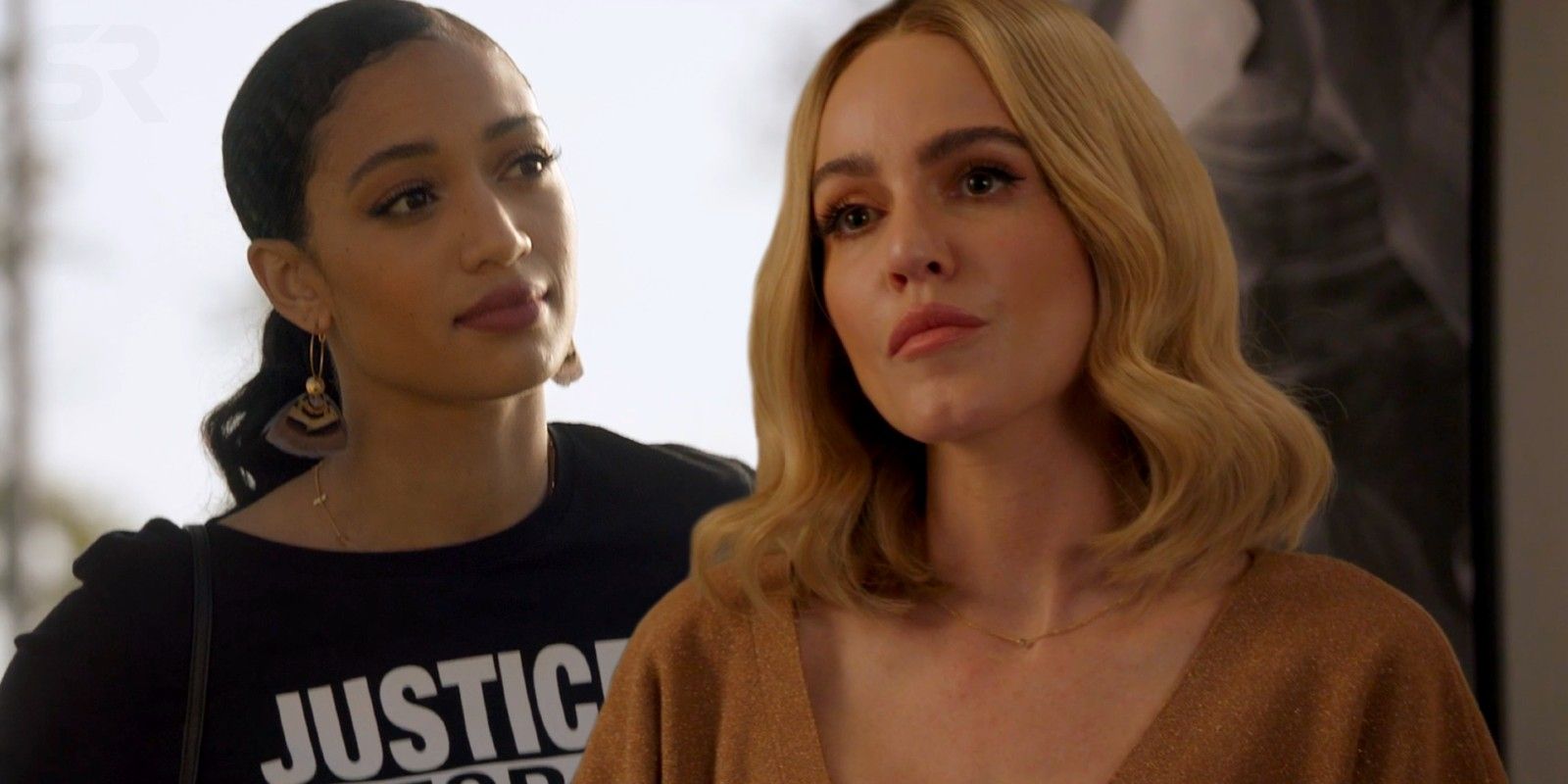 All American season 3, episode 11 saw Olivia Baker leak bodycam footage from a police shooting, and here’s what that decision could mean for her and her mother. All American season 3 has been a rollercoaster for Olivia. The series confirmed that she started drinking during the summer, which proved to be an early roadblock for her and Spencer’s potential relationship. This was due to Olivia nearly being caught for drinking and driving and asking Spencer to help cover for her. But, the show has also continued to emphasize Olivia’s social activism.

All American season 3, episode 11, “The Bigger Picture,” included a subplot about a shooting in the neighborhood that resulted in a young Black woman being killed by cops. Olivia took the main role in the police shooting storyline as she and many others want the bodycam footage from the shooting to be released. The complication comes with Olivia’s mom, Laura Fine-Baker, who is the District Attorney leading the investigation. That’s what makes the end of the episode even more surprising, as Olivia breaks into her mom’s computer to steal the bodycam footage. She then leaks the footage on her podcast, but what will happen next for Olivia and her mom?

Since Olivia is responsible for leaking the bodycam footage of the police shooting, she’ll have to be at the focus of whatever comes next. It is understandable why Olivia wants the footage to be released to the public, but she likely went about it in the wrong way. Leaking the footage anonymously would’ve been one thing, but Olivia released it on her podcast. This makes it indisputable that she’s responsible for the leak, which also means she stole the footage and potentially tampered with an ongoing investigation. That will undoubtedly put her in some legal trouble, but her actions will also likely have ramifications that extend to her mother too.

Olivia obtaining and leaking the bodycam footage could put Laura’s career in jeopardy. It won’t take professional investigators to figure out where Olivia got the footage from. Laura hasn’t been the DA for that long, so this could lead some to question her fit in the position and even bring calls for her to be fire. There could even be public speculation that Laura helped Olivia leak the footage. Laura mentioned to Olivia that this case was more complicated than she realized too, so it’s possible Laura had good reason to hold off on releasing the footage.

With the leaked footage serving as the cliffhanger for All American season 3, episode 11, it is clear that the show intends to build on this storyline in the coming episodes. There’s no question that this will put a strain in Olivia and Laura’s relationship, which has already been tested enough lately with Olivia’s rehab and learning she knew about Jordan and Simone’s marriage. This will also potentially force Billy, Jordan, and Spencer to “pick sides” between Olivia and her mom.

MORE: All American: Why Layla’s Father Was Recast (& Who Plays Him)

RHOC: Tamra Judge Reveals She Was Intimidated By The Other Housewives
Related Topics

Cooper Hood is a news and feature writer for Screen Rant. He joined Screen Rant in late 2016 following a year-long stint with MCU Exchange, which came after first developing an MCU blog of his own. He graduated college in 2016 with a Bachelor’s degree in Media & Public Communication, with a minor in Media Production. Cooper’s love for movies began by watching Toy Story and Lion King on repeat as a child, but it wasn’t until The Avengers that he took an invested interest in movies and the filmmaking process, leading him to discover the world of film journalism. Every year Cooper looks forward to seeing the latest blockbusters from the likes of Marvel, DC, and Star Wars, but also loves the rush to catch up on Oscar films near the end of the year. When he isn’t writing about or watching new releases, Cooper is a fantasy football obsessive and looking to expand his Blu-Ray collection – because physical media is still king! Follow Cooper on Twitter @MovieCooper.