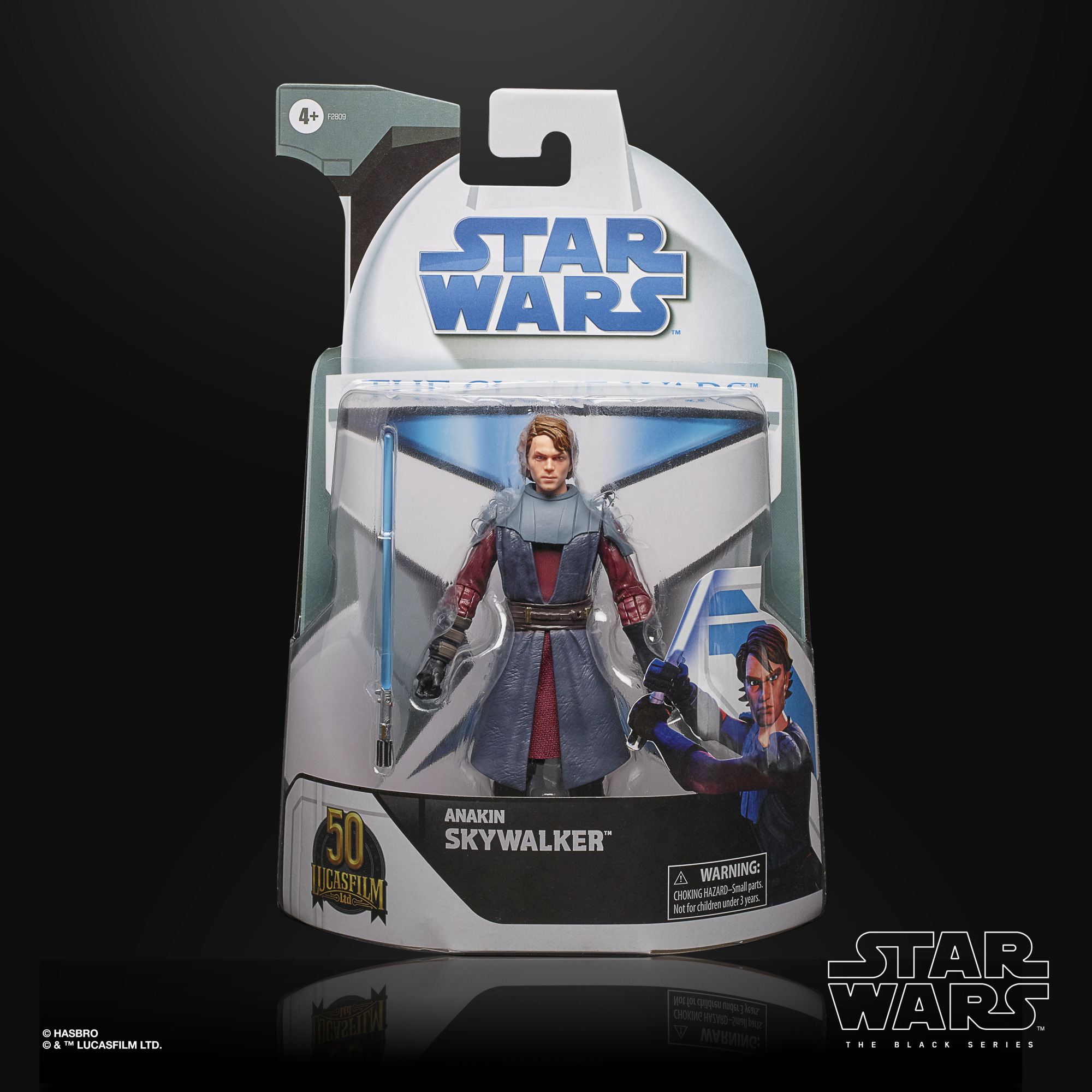 Just earlier today Hasbro officially revealed a brand new series to their Black Series line. A new line of figures from the Clone Wars animated series and I have to say I think it’s a fantastic idea and a great line! I’m a big fan of the Clone Wars series, even though I got into it pretty late (I only watched it all in its entirety last year) There’s so many great characters and story arcs in that series I am very excited to see a dedicated line for the series.

The figures that they have revealed are Anakin Skywalker and Obi-Wan Kenobi in their respective Clone Wars armors and Clone Pilot Hawk and Arch Trooper Echo! I really do love the look of these figures and I have hoped that we would see Clone Wars iterations of the characters that appear in the films along with more characters from the series. I should also mention that the packaging is a recreation of the packaging for the original 3.75″ Clone Wars figures that came out at the same time as the series.

The sculpts on all these figures look fantastic and they look to be all-new sculpts as well aside from Echo and Obi-Wan’s head which is fantastic. I should mention that in the States these are a Target exclusive and in Canada, they’ll be available in Toys R Us. It’s unclear at this moment how they’ll be available internationally but they are meant to be available from the 19th of May. I’m definitely interested in getting all these and I may have to get doubles of some of them to keep on the card as they look so good and I hope they release more figures in this Clone Wars line!

Tyk raises $35M for its open source, open-ended approach to enterprise API management
Ludacris Calls Fast And Furious 10 ‘Top Secret,’ Talks Filming
The responsibilities of AI-first investors
What The Wolverine Game’s Trailer Hints About Its Story
What we expect from next week’s Apple event