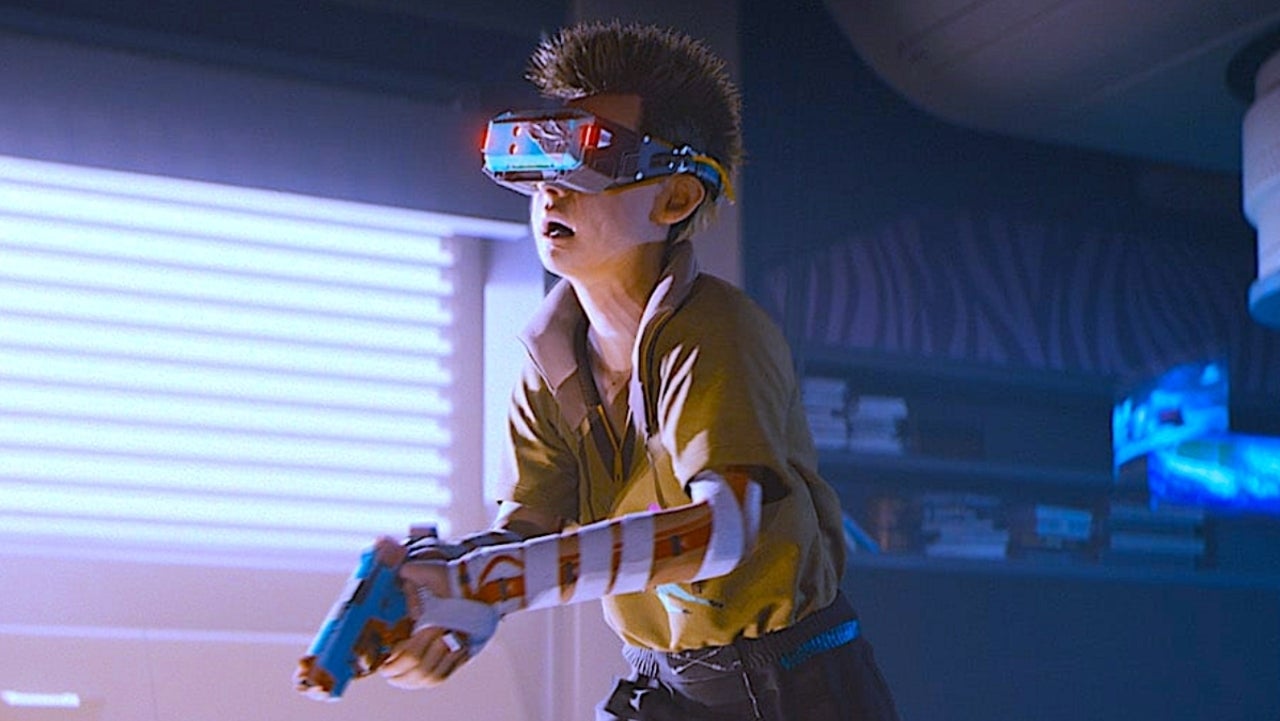 A new Cyberpunk 2077 video is going viral over on Reddit for showing just how bad the parenting is in Night City. Since its release, the Cyberpunk 2077 Reddit page has been producing pure gold. Cyberpunk 2077 is one of the buggiest AAA games of the last decade. Some of these bugs are less entertaining, but some are entertainment gold, whilst others perfectly encapsulate the game, like the latest making the rounds over on Reddit.

Cyberpunk 2077 isn’t just a buggy game. It also has some serious design issues. Plenty of videos have highlighted various instances of oversight and evidence that the game was rushed to release. For example, in the game, kids play with cans and guns, because of course they do.

In the Cyberpunk 2077 reveal trailer, CD Projekt Red shows a kid lost in his imagination playing with a VR headset and gun. In the actual game, kids sit around on the floor and play like kids from 2021, except rather than wooden blocks and G.I. Joes, they play with cans and guns.

Now, it’s worth pointing out it’s unclear if this is a bug or not. On the surface level, it seems like a bug, but considering that cars disappear when you turn around for a split second, it’s hard to know.

Whatever the case, be careful around kids in Cyberpunk 2077. Not only are they more or less horrifying tiny adults, but they are strapped. Also, watch out for elevators.

Cyberpunk 2077 is available via the PS4, PS5, Xbox One, Xbox Series X, Xbox Series S, PC, and even Google Stadia. For more coverage on the open-world RPG, click here.

“Most of the Cyberpunk 2077 characters you’ll meet in Night City have different connections and perspectives on the setting, but they’ve all got one unifying point to stress: the possibilities of Night City are endless,” reads the opening of our review of the game. “Those possibilities draw people in and keep inhabitants entangled in the affairs of the city with everyone looking for their next big move, their next thing to do. Not everyone is as impressed with the city though and instead, say it’s just a city like any other and that people can find what they’re looking for elsewhere. As it turns out, Cyberpunk 2077 has a lot in common with its bustling, futuristic setting.”

‘Army of the Dead’: Watch Five Minutes of Footage With These Clips from Zack Snyder’s Zombie Movie!
Share of the Week: Horizon Zero Dawn Complete Edition
Star Wars: An X-Wing Is Preparing to Land at the Smithsonian Museum
Batman/Fortnite: Here’s Where the Coordinates in Issue #2 Lead
The same handful of websites are dominating the web and that could be a problem