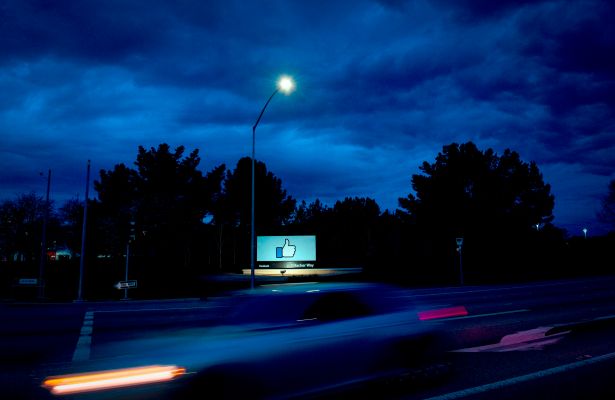 The question of whether Facebook will face any regulatory sanction over the latest massive historical platform privacy fail to come to light remains unclear. But the timeline of the incident looks increasingly awkward for the tech giant.

While it initially sought to play down the data breach revelations published by Business Insider at the weekend by suggesting that information like people’s birth dates and phone numbers was “old”, in a blog post late yesterday the tech giant finally revealed that the data in question had in fact been scraped from its platform by malicious actors “in 2019” and “prior to September 2019”.

That new detail about the timing of this incident raises the issue of compliance with Europe’s General Data Protection Regulation (GDPR) — which came into application in May 2018.

The European framework looks important because Facebook indemnified itself against historical privacy issues in the US when it settled with the FTC for $5BN back in July 2019 — although that does still mean there’s a period of several months (June to September 2019) which could fall outside that settlement.

Yesterday, in its own statement responding to the breach revelations, Facebook’s lead data supervisor in the EU said the provenance of the newly published dataset wasn’t entirely clear, writing that it “seems to comprise the original 2018 (pre-GDPR) dataset” — referring to an earlier breach incident Facebook disclosed in 2018 which related to a vulnerability in its phone lookup functionality that it had said occurred between June 2017 and April 2018 — but also writing that the newly published dataset also looked to have been “combined with additional records, which may be from a later period”.

Facebook followed up the Irish Data Protection Commission (DPC)’s statement by confirming that suspicion — admitting that the data had been extracted from its platform in 2019, up until September of that year.

Another new detail that emerged in Facebook’s blog post yesterday was the fact users’ data was scraped not via the aforementioned phone lookup vulnerability — but via another method altogether: A contact importer tool vulnerability.

This route allowed an unknown number of “malicious actors” to use software to imitate Facebook’s app and upload large sets of phone numbers to see which ones matched Facebook users.

In this way a spammer (for example), could upload a database of potential phone numbers and link them to not only names but other data like birth date, email address, location — all the better to phish you with.

In its PR response to the breach, Facebook quickly claimed it had fixed this vulnerability in August 2019. But, again, that timing places the incident squarely in the period of GDPR being active.

As a reminder, Europe’s data protection framework bakes in a data breach notification regime that requires data controllers to notify a relevant supervisory authority if they believe a loss of personal data is likely to constitute a risk to users’ rights and freedoms — and to do so without undue delay (ideally within 72 hours of becoming aware of it).

Yet Facebook made no disclosure at all of this incident to the DPC. Indeed, the regulator made it clear yesterday that it had to proactively seek information from Facebook in the wake of BI’s report. That’s the opposite of how EU lawmakers intended the regulation to function.

Data breaches, meanwhile, are broadly defined under the GDPR. It could mean personal data being lost or stolen and/or accessed by unauthorized third parties. It can also relate to deliberate or accidental action or inaction by a data controller which exposes personal data.

Legal risk attached to the breach likely explains why Facebook has studiously avoided describing this latest data protection failure, in which the personal information of more than half a billion users was posted for free download on an online forum, as a ‘breach’.

And, indeed, why it’s sought to downplay the significance of the leaked information — dubbing people’s personal information “old data”. (Even as few people regularly change their mobile numbers, email address, full names and biographical information and so on, and no one (legally) gets a new birth date… )

Its blog post instead refers to data being scraped; and to scraping being “a common tactic that often relies on automated software to lift public information from the internet that can end up being distributed in online forums” — tacitly implying that the personal information leaked via its contact importer tool was somehow public.

The self-serving suggestion being peddled here by Facebook is that hundreds of millions of users had both published sensitive stuff like their mobile phone numbers on their Facebook profiles and left default settings on their accounts — thereby making this personal information ‘publicly available for scraping/no longer private/uncovered by data protection legislation’.

This is an argument as obviously absurd as it is viciously hostile to people’s rights and privacy. It’s also an argument that EU data protection regulators must quickly and definitively reject or be complicit in allowing Facebook (ab)use its market power to torch the very fundamental rights that regulators’ sole purpose is to defend and uphold.

Even if some Facebook users affected by this breach had their information exposed via the contact importer tool because they had not changed Facebook’s privacy-hostile defaults that still raises key questions of GPDR compliance — because the regulation also requires data controllers to adequately secure personal data and apply privacy by design and default.

In short, it’s the Cambridge Analytica scandal all over again.

Facebook is trying to get away with continuing to be terrible at privacy and data protection because it’s been so terrible at it in the past — and likely feels confident in keeping on with this tactic because it’s faced relatively little regulatory sanction for an endless parade of data scandals. (A one-time $5BN FTC fine for a company than turns over $85BN+ in annual revenue is just another business expense.)

We asked Facebook why it failed to notify the DPC about this 2019 breach back in 2019, when it realized people’s information was once again being maliciously extracted from its platform — or, indeed, why it hasn’t bothered to tell affected Facebook users themselves — but the company declined to comment beyond what it said yesterday.

Then it told us it would not be commenting on its communications with regulators.

Under the GDPR, if a breach poses a high risk to users’ rights and freedoms a data controller is required to notify affected individuals — with the rational being that prompt notification of a threat can help people take steps to protect themselves from the risks of their data being breached, such as fraud and ID theft.

Yesterday Facebook also said it does not have plans to notify users either.

Perhaps the company’s trademark ‘thumbs up’ symbol would be more aptly expressed as a middle finger raised at everyone else.

Here’s Everything Coming to Netflix This Week (Week of May 9)
Destiny 2: Synthweave | How to create Ornaments using Armor Synthesis
What’s your comfort game when you’re sick?
Batwoman Season 2 Episode 13 Review: I’ll Give You A Clue
Lightmatter’s photonic AI ambitions light up an $80M B round