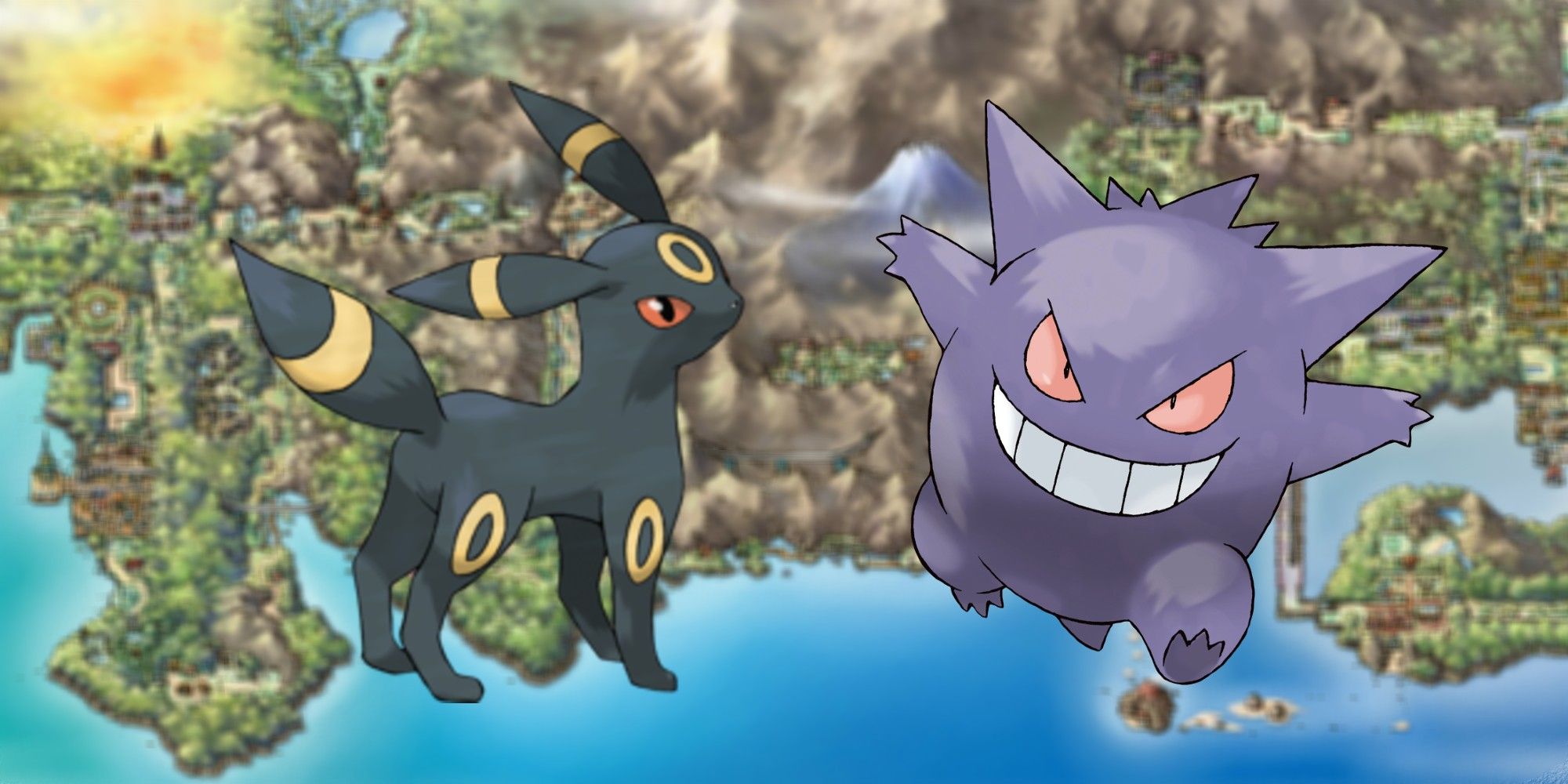 One of Pokémon‘s most defining features is it’s 18 unique types, all of which have specific strengths and weaknesses when matched up against one another. While some of these type matchups, such as Water’s dominance over Fire, are quite intuitive, others require more in the way of mental gymnastics in order to understand them. Although even the strangest Pokémon type matchups may have a niche explanation, they are far and away less obvious than the rest, and were likely implemented for the sake of balancing the Pokémon games.

Introduced in Generation II, Dark-typing was meant to fix some of early Pokémon game’s balance issues. Psychic-type Pokémon were dominant in Generation I, and Dark-type’s advantage over them was both necessary and easy to justify. However, Dark types needed more than just one advantage, and as a result are twice as effective against dark-types. Considering Ghost-type Pokémon are usually found in dreary, abandoned locations, it doesn’t really make sense for them to have any problems with darkness. Although it may make sense for certain Ghost-types, overall this weakness is one of Pokémon‘s most bizarre.

Fighting-type Pokémon have a few strange matchups, including dealing less damage against both Flying-type and Bug-type Pokémon. Flying makes a bit more sense, since it’s difficult to reach a Pokémon in the air and that may give some sort of bird an advantage, but Bug simply does not. There is no reason why a Fighting-type Pokémon shouldn’t be able to squish a bug, so this again comes down to gameplay balance. Bug-type has traditionally been weak in Pokémon, vulnerable to many types such as Fire and Flying, and so they had to give it at least a few resistances in order to give it a fighting chance.

Fairy-type was added in generation six of Pokémon in order to better balance the types, and in doing so introduced some perfectly understandable matchups. Fairy’s strength over both Dragon-type and Dark-type seem reasonable, but it’s hard to say the same about its vulnerabilities. Both Poison and Steel-types were limited offensively before Generation VI, and making them both super effective against Fairy-type is a great way to boost their strength. However, this doesn’t mean that they “fit” as types that defeat Fairy. Steel is especially egregious, and it is difficult to find a reason that Fairy-types would be particularly weak any sort of Steel-type attack.

Another type that is full of strange matchups is Ice, infamously one of the worst types in Pokémon. Ice-type takes super effective damage against Rock-type attacks, which although strange, can at least be justified. Rocks could theoretically smash ice, similar to Fighting-type, which Ice-type Pokémon also suffer a weakness to. As for offense, Ice-type has an advantage against Ground-type, and this is much less intuitive. Considering this matchup has existed since generation one, it was likely implemented in an attempt to make Ice-type Pokémon stronger in the early games, since there is no other way to explain the matchup.

Although having intuitive matchups are great, it is just as important that Pokémon‘s types are well-balanced. While types such as Fairy and Ice are full of strange matchups, this is only true so that every Pokémon can have at least a few meaningful advantages. If Pokémon ever looks to add more types, it is likely that game balance will continue to be prioritized over any other factor.

Next: Theory: How Pokémon Were Trained To Hide In Tall Grass

Every Gen 1 Pokémon That Still Has Signature Moves
Related Topics

Sean Boehme is a freelance writer and aspiring fiction author from Queens, New York. He loves video games as well as Dungeons and Dragons, where he plays as a very grumpy goblin. Unfortunately, Sean is also a dedicated New York sports fan. Sean can be contacted at his Twitter profile @Seanboehme.