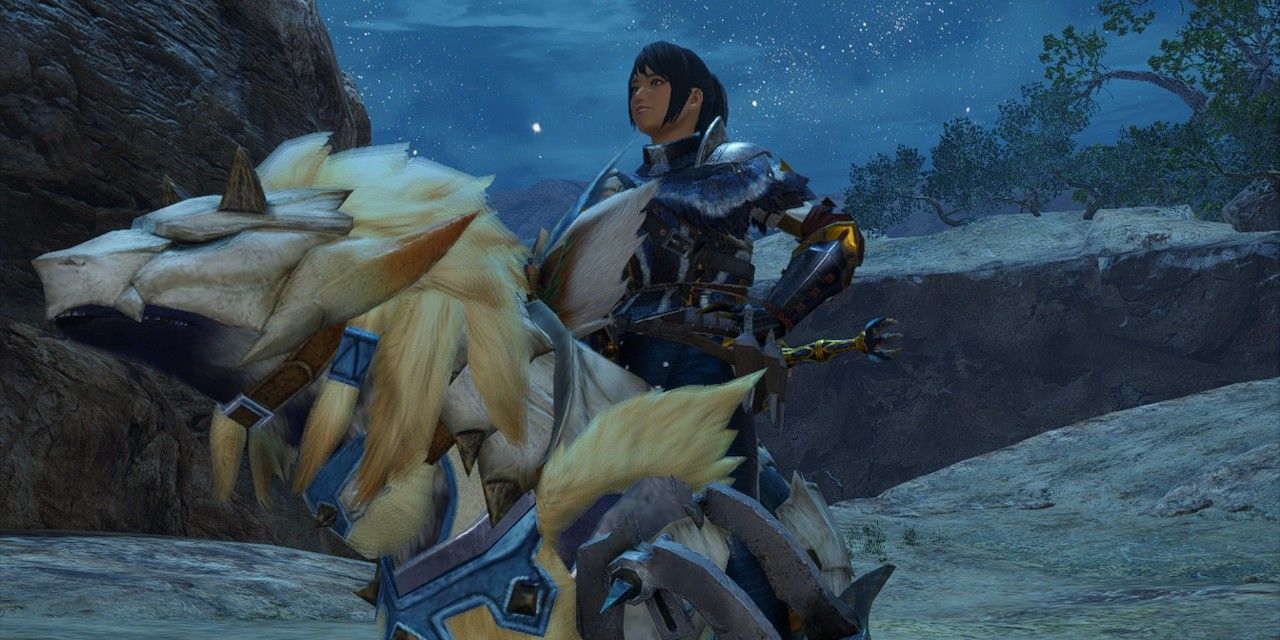 World was an incredibly important Monster Hunter game, launching the series into the mainstream for Western audiences and revamping parts of its traditional gameplay structure. Monster Hunter: World also brought larger, more open areas to the series, making exploration and tracking down monsters a more enjoyable experience – something further advanced upon in Monster Hunter Rise.

Monster Hunter Rise has made several significant upgrades to the way players get around the world. With the introduction of the palamute mount, players are able sprint around at significantly higher speeds than running on foot. And with the player’s cahoot replacing Monster Hunter: World’s scoutflies, the exact location of every monster on the map is immediately known without having to physically track them down. Players know exactly what it is they need to do and where to do it, without being bogged down by unnecessarily slow tasks. In one word, the game is simply fluid.

Monster Hunter Rise Is Much Faster Paced Than MH: World

Everything in Monster Hunter Rise is faster. There’s very little downtime between monster fights, and the combination of the palamute and the wirebug – which players can use to travel vertically over obstacles – allows for quick, seldom-broken movement across the world. Gathering animations have also been significantly shortened from Monster Hunter: World, with the added bonus of being able to gather items and carve corpses while mounted. The speed and smoothness of exploration in Monster Hunter Rise is easily the most notable takeaway from the game after launch, though Rise includes other notable improvements for Monster Hunter fans.

While Monster Hunter: World made strong advancements for the series, Capcom clearly wasn’t content with its success. Not only did the developer evolve the Clutch Claw concept from Monster Hunter: World’s Iceborne expansion with the wirebug, but it added a mount on top of it and worked to streamline its open areas. Monster Hunter Rise takes the slow and sluggish gameplay of its predecessor and makes everything faster, resulting in a significantly more fluid system with more enjoyable moment-to-moment gameplay.

Next: Monster Hunter Rise’s Launch Treated As A Holiday By Japanese Company

Chris is a writer based in Massachusetts. In 2018, he graduated from the University of Massachusetts Lowell with a Master’s degree but still harbors his passion for gaming, which is why you’re reading this. Chris can be found on Twitter, Twitch, YouTube and Instagram (@Sixchr) as well as on the Projekt Six podcast.