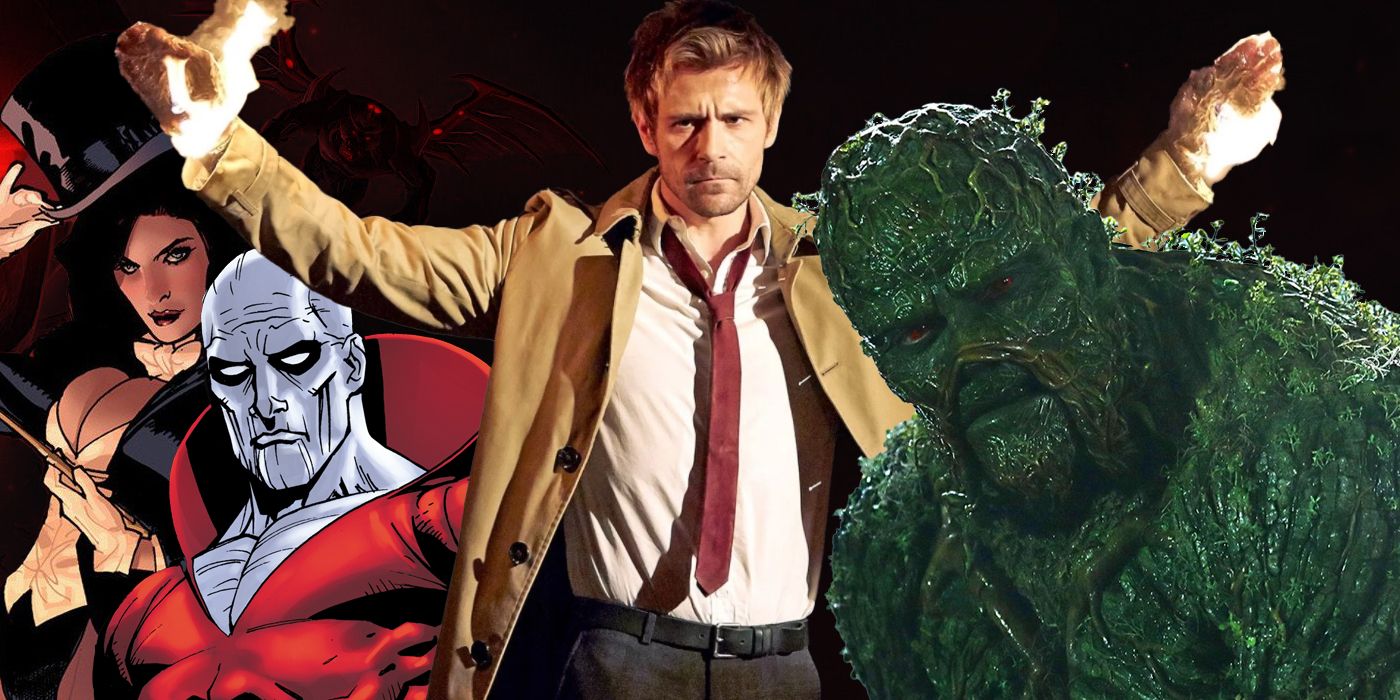 Despite a considerate lack of news, Justice League Dark is still in the works for HBO Max. The DC TV landscape is changing massively in 2021 as The CW has mostly been the primary home for superhero TV shows based on the DC brand. Since 2012, The CW has been the destination for the Arrowverse that began with Arrow, a reimagination of the Green Arrow character. But the Oliver Queen-focused series ended up creating a massive shared universe that launched several spinoffs, including The Flash and many more.

For DC, the game has changed a lot in the last few years, with cable/streaming-based shows like Titans, Doom Patrol, Stargirl (before becoming a permanent series for The CW), and others being created. With the launch of HBO Max last year, it didn’t take long until it was clear that the new service would become a big outlet for Warner Bros.’ DC properties. After being developed as a film for several years, HBO Max is now bringing the Justice League Dark characters to life in a live-action series. But since the initial announcement that J.J. Abrams would be executive producing the series, very few updates have come out as of late. Despite a lack of announcements, Justice League Dark isn’t going away.

RELATED: Why A Justice League Dark TV Show Is Better Than A Movie

In a recent edition of TVLine’s Inside Line column, an inquiring fan sought some updates on the Justice League Dark project while wondering if Swamp Thing would be attached to the series. Since the DC Universe/The CW show isn’t getting any new life, the fan wanted to know if Justice League Dark may have claims on Swamp Thing. While TVLine didn’t respond about Swamp Thing’s involvement, they confirmed that HBO Max is definitely still developing the team-up series. The last update about the show was that Justice League Dark and the Green Lantern series would be getting a movie-quality production. The project has, through HBO Max marketing, been lined-up to premiere sometime in 2021.

It’s likely due to the global pandemic that things have slowed down Justice League Dark getting into production. It’s key to consider that while Justice League Dark is definitely happening, it hasn’t yet gotten an official series pick-up as Green Lantern did in late 2020. But given that Abrams has a major deal with Warner Bros. through his production company Bad Robot, some updates may be coming in the next few months. Early reports indicated that Abrams would be creating a Justice League Dark universe that would consist of TV shows and films focused on the members. With a big commitment like that, it makes sense why HBO Max hasn’t officially ordered the ensemble drama to series yet.

The Justice League Dark universe would be to HBO Max what the Arrowverse is to The CW, so there are likely many details to work out. With big characters like Constantine, Swamp Thing, Zatanna, and more at Abrams’ disposal, there is a lot of potential for this upcoming franchise. Whether they would do individual character shows and films first before the team series or the opposite remains to be seen. Justice League Dark isn’t the only DC drama that HBO Max is working on, as they still (supposedly) have Strange Adventures in the works. Additionally, The Batman TV show focusing on Gotham P.D. and The Suicide Squad offshoot Peacemaker are also on HBO Max’s slate, so there’s a lot of new DC content coming. But hopefully, the next series to get some big updates from HBO Max is Abrams’ Justice League Dark project.

Andy has covered the world of entertainment journalism since 2010, mostly superheroes and comic book media. In addition to his work as a reporter, Andy co-hosts The Flash Podcast, Titans Podcast while running the entire DC TV Podcasts network. He is also the founder/editor-in-chief of The Marvel Report since Fall 2015.