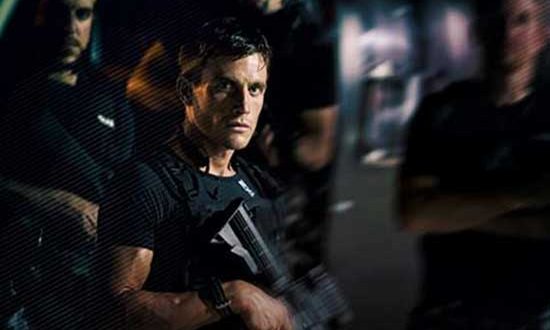 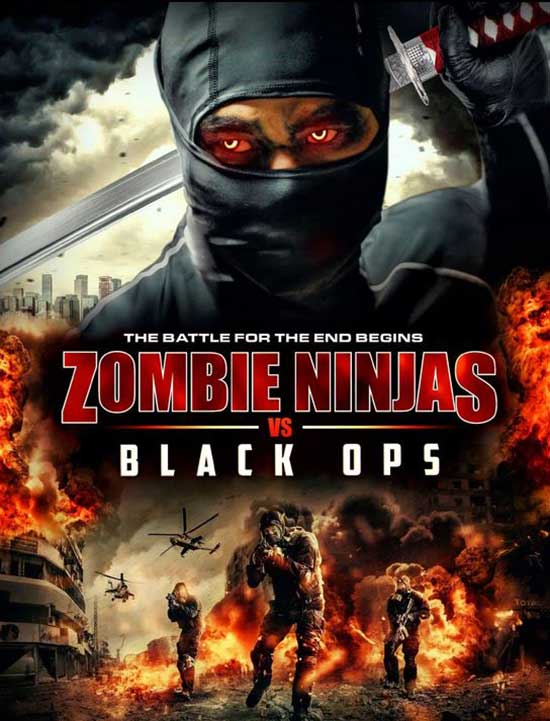 An elite black ops team battles for survival against an indestructible force of zombie ninjas.

Out of all the movies in this latest batch I’ve had to review, this one I had the highest hopes for. With a name like Ninja Zombies vs. Black Ops, I was expecting something that’d be a fairly tongue in cheek experience. After all, how can anyone making a movie with that title be taking themselves seriously. It sounded like it could be an entertaining romp. I didn’t expect it to be particularly good, I’m far too cynical for that.

Ninja Zombies vs. Black Ops follows Dillon, a former military man that was in the middle of an interview for a job with a security firm when a group of zombie ninjas attack. Dillon jumps into action, trying to help fend off the undead attackers. His fight for survival leads him to uncover a conspiracy involving a secret project aimed at bringing dead soldiers back to life. 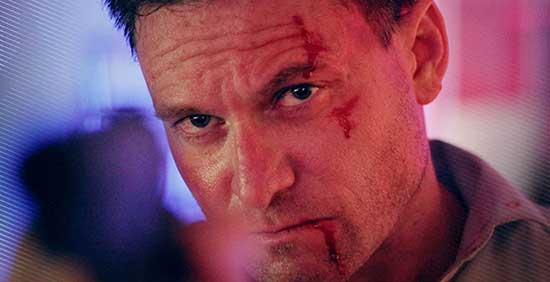 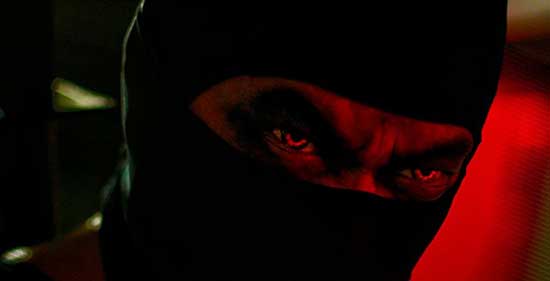 You’d think a movie with the title of Ninja Zombies vs. Black Ops would be more interesting than it actually ends up being. Sure, there’s action aplenty here, but it starts off meaningless. The film drops you right into the middle of the initial ninja zombie attack. You don’t know the stakes, who to root for, or why any of this is happening. You’re given the idea that Dillon is the character to root for, mainly because he’s the handsome dude with a gun. However, you’re not really given much more to give you any reason to root for this guy at the beginning. We don’t get to know anything about him until several minutes in, far too late to get an audience caring about anything. By that time, I had already started to tune out, and I’m pretty sure I’m not alone in that. 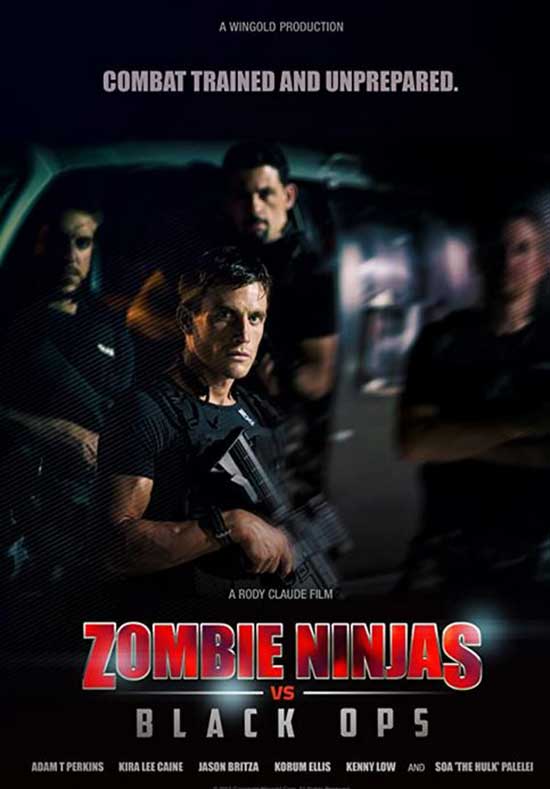 Making it even duller, this flick relies on all the cliches commonly found in zombie films. From the cast of characters that get killed shortly after they’re introduced, scientists whose experiments in bringing the dead back to life and soon get out of control, etcetera. The sad thing is that some zombie movies give us some interesting gore and reasonable special effects. Not here. It’s as if everyone involved is allergic to fun, there’s no copious amounts of blood and guts here. The special effects, however, are so cheap and lame that even if they tried to do anything like that, it probably would have looked awful. With that said, some ultraviolence might have at least given this movie a spark.

What could have saved this movie if it didn’t take itself as seriously as it does. When anyone gives a movie a name like Ninja Zombies vs. Black Ops, they are setting up an expectation. It’s too goofy of a title for anyone to think it’s meant to be taken seriously. Let’s give an example. If you were to walk into a movie called Hollywood Chainsaw Hookers, are you expecting to see a movie dealing with deep themes or the actors to act like everything is dire? Or are you expecting something tongue in cheek where everyone involved is in on the joke? Odds are, it’s the latter. The problem is that everything is played straight. The filmmakers are trying to get you to take Black Ops seriously, but any chance of that is pretty much ruined before the credits rolled because you’re watching a friggin’ movie called Ninja Zombies vs. Black Ops. Why did they go with a title that that undercuts the film’s tone? Let’s just say that I suspect the title was chosen to attract the attention of the Call of Duty crowd.

All of the actors gave performances that lacked nuance, subtlety, or restraint. Overacting is the rule of the day here to the point it’s almost funny. It falls somewhere in the middle of The Wicker Man Nicholas Cage and Star Trek TOS William Shatner. Actually, if someone actually delivered lines like Shatner it would have been more amusing. Sadly, that would be entertaining, and the people behind this film seem determined to not provide any kind of enjoyment.

This movie is a soulless, joyless, affair that seems like it was trying to make a quick buck by tricking fans of the Call of Duty: Black Ops fans into watching it. It gives an audience nothing to warrant the investment of their time into this turd. It manages to have lots of action scenes and still be dull. Avoid this movie and save yourself the disappointment.