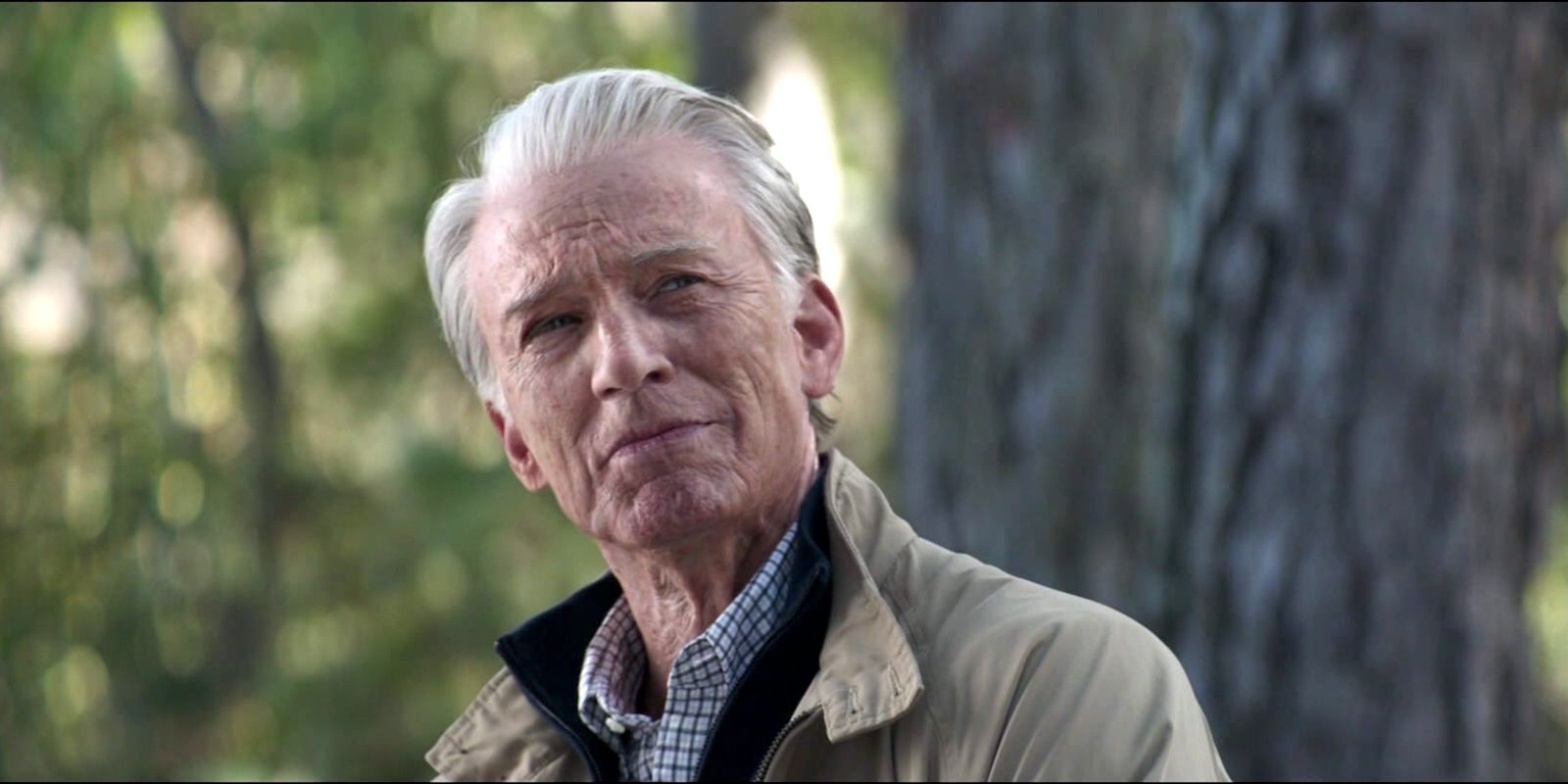 Anthony Mackie reveals Avengers: Endgame almost cast someone other than Chris Evans to play the older Captain America. The MCU might be moving onto a new Phase now, but two years ago, it was all about endings. Endgame was released in April 2019 and served as the concluding installment of the expansive Infinity Saga. It soon became the highest-grossing movie of all time and won fans over with its many crowd-pleasing moments. Additionally, as the send-off for Iron Man (Robert Downey Jr.) and Captain America (Evans), it proved to be an extra special experience for longtime audiences.

The final moments of Endgame reveal one of the film’s most surprising twists, which is that Steve Rogers opts to return to the 1940s after putting back all the Infinity Stones. Audiences are treated to an older Steve appearing in the present day, allowing him one last goodbye with Sam Wilson (Mackie) wherein he passes over the Captain America shield. With the help of prosthetics and some CGI, Evans got to play the older Captain America, much to the delight and mild discomfort of fans. However, that almost wasn’t the case.

Mackie recently appeared on The Jess Cagle Show to discuss his next MCU outing, the Disney+ series The Falcon and the Winter Soldier. During the interview, Mackie briefly talked about Endgame and revealed a new behind the scenes detail: There was talk of casting someone else to play old man Cap. “Well, it’s funny, they actually wanted to cast an old dude to play Chris Evans,” Mackie recalled. He then went on to explain how it all went down, saying:

“So they brought in like three actors. They’re like, none of these. Like, this isn’t how Chris will look when he’s old. Like, he’s gonna [look] he’s like George Clooney. He’s going to be 95 and still like handsome, you know? So, they brought in a makeup team and prosthetics and makeup and made him into an old man. And how good of an actor Chris is, it actually worked. He pulled it off with his voice and everything. He did a great job.”

It was certainly jarring for fans to see Evans don a more elderly persona, but one can’t say it wasn’t effective. Seeing another actor step into the role of Cap in his final moments might have taken away some of the emotion. In using Evans, fans really got to see the end of Steve’s story with the actor who played it in its entirety. It’s also a testament to the makeup and effects teams that they were able to create such a convincing look with the younger Evans.

Elsewhere in the interview, Mackie talked about whether or not Sam will truly become Captain America in The Falcon and the Winter Soldier. While he certainly looked poised to accept the shield in Endgame, it’s already been confirmed Sam will face some pushback from the US government on the show. Audiences would certainly love to have him as the MCU’s next Cap, but it sounds like it will be a long journey. Still, if Sam wasn’t up to the challenge, Steve wouldn’t have picked him in Endgame. If Marvel can make Evans an old man, they can make Sam Captain America, right?

Rachel LaBonte is a news and features writer for Screen Rant with a deep passion for movies and television. A recent graduate of Emerson College, she majored in Media Arts Production while specializing in screenwriting. She’s been a writer ever since high school when she realized she was rather good at it and joined as many entertainment news clubs as she could while in school. Most notably, she wrote for Emerson’s website Emertainment Monthly, and one of her film reviews won an Evvy (Emerson’s student awards) for Best Review. Her deep love of movies led to her working at a movie theater for five years, which she loved despite the angry customers. An avid reader who constantly buys books before reading the ones she already owns, Rachel is a huge fan of superheroes (especially of the Marvel variety) and wizards and will likely never be able to catch up on all the movies/TV shows she longs to watch.