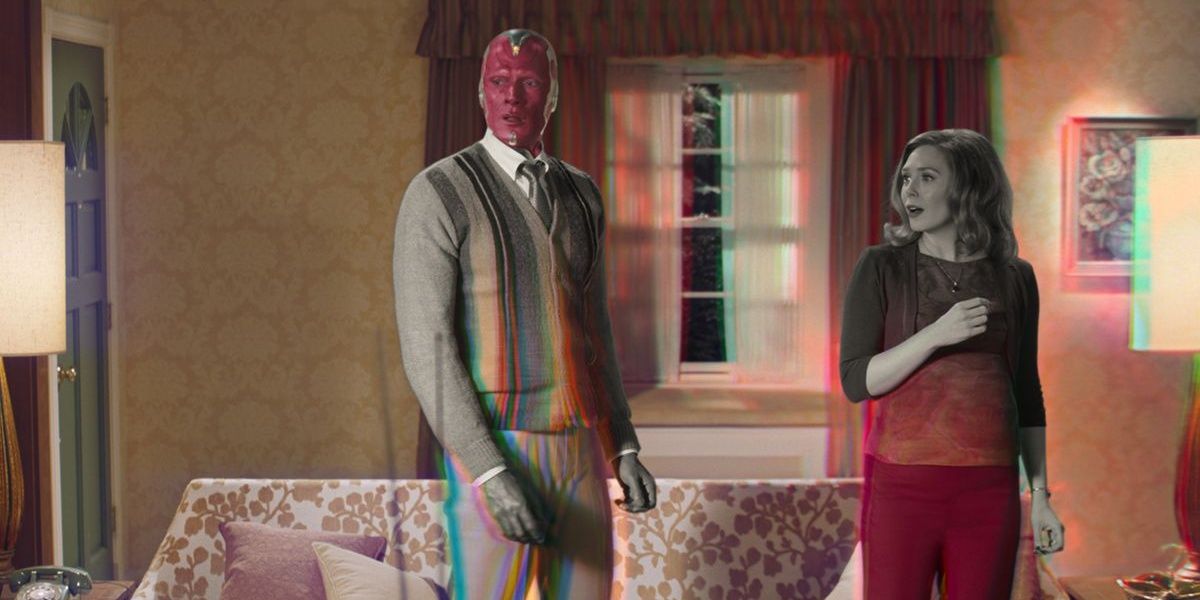 WandaVision star Paul Bettany says the series’ last three episodes are its biggest and most exciting. WandaVision is set to kick off Phase 4 of the MCU on January 15. It will be the first of Marvel’s Disney+ series to hit the streamer this year, as part of a larger plan by Marvel that will see the studio release more content this year than ever before.

In the works since Avengers: Infinity War, WandaVision is the first part of a story that will see massive change in the MCU. Following the events of Avengers: Endgame, the show will find Wanda and Vision in a mysterious suburb called Westview, where things clearly aren’t what they seem. Little else has been confirmed about the show, but it’s thought to be an adaptation of the House of M comics arc, one that finds the lines of reality blurring for Wanda.

That reality might not break until the show’s final few episodes, though. Said to be a full-blown MCU action movie, the final few episodes seem to be the moment fans will be waiting for. Bettany confirmed this to ComicBook when they asked what episodes will be the most talked about of the show’s run. Bettany teases the big battles to come, as well as the shifting of reality that will change the show entirely.

Oh, wow, I think probably, yeah, somewhere in the region of seven, eight, and nine is really, you start, because think about it, right, right now what’s happened is you, rather like Wanda and Vision, have found yourself dropped into a sort of idyllic 1950s black and white American suburbia and, you know, week by week. You’re gonna start hurdling through the decades of the American century and, well, much like Vision, you’re probably gonna go, ‘Something’s not right in this town, something wrong is happening in this town.’ And I think that’s gonna be really fun for the audience but I think that when you get full awareness of what the hell is going on in this place is probably somewhere in the region of seven and eight and then you need some big battles and you’re gonna get ’em.

Despite keeping things close to the chest, the cast and crew of WandaVision has been teasing quite a bit in the days leading up to the show’s premiere. Bettany also hinted that WandaVision has more VFX than Avengers: Endgame, meaning that the show is not holding back. We got a glimpse of what Marvel is bringing to the table with their Disney+ series when they premiered trailers for Loki and Falcon and the Winter Soldier. Both those previews showed off action sequences akin to ones only seen on the big screen.

While we haven’t seen anything like that from previews of WandaVision, that’s probably been done on purpose for two reasons. The studio likely wants to play up the sitcom aspect of the series, one that will continue for at least the first several episodes. It’s also likely that, by showing the more explosive scenes in the trailers, they could be giving away some of the show’s bigger twists. If Bettany is right and WandaVision is saving its best for last, Marvel would want to hold onto that rather than give away the most exciting part of the show. Unfortunately, we’ll have to wait until the end of February and beginning of March to see if Bettany is correct, as Marvel will be airing the show weekly.

Call Me Kat: Why The Reviews Are So Negative
Related Topics

Graeme Guttmann is a writer and journalist currently residing in Boston. He is an MFA candidate at Emerson College for creative writing.