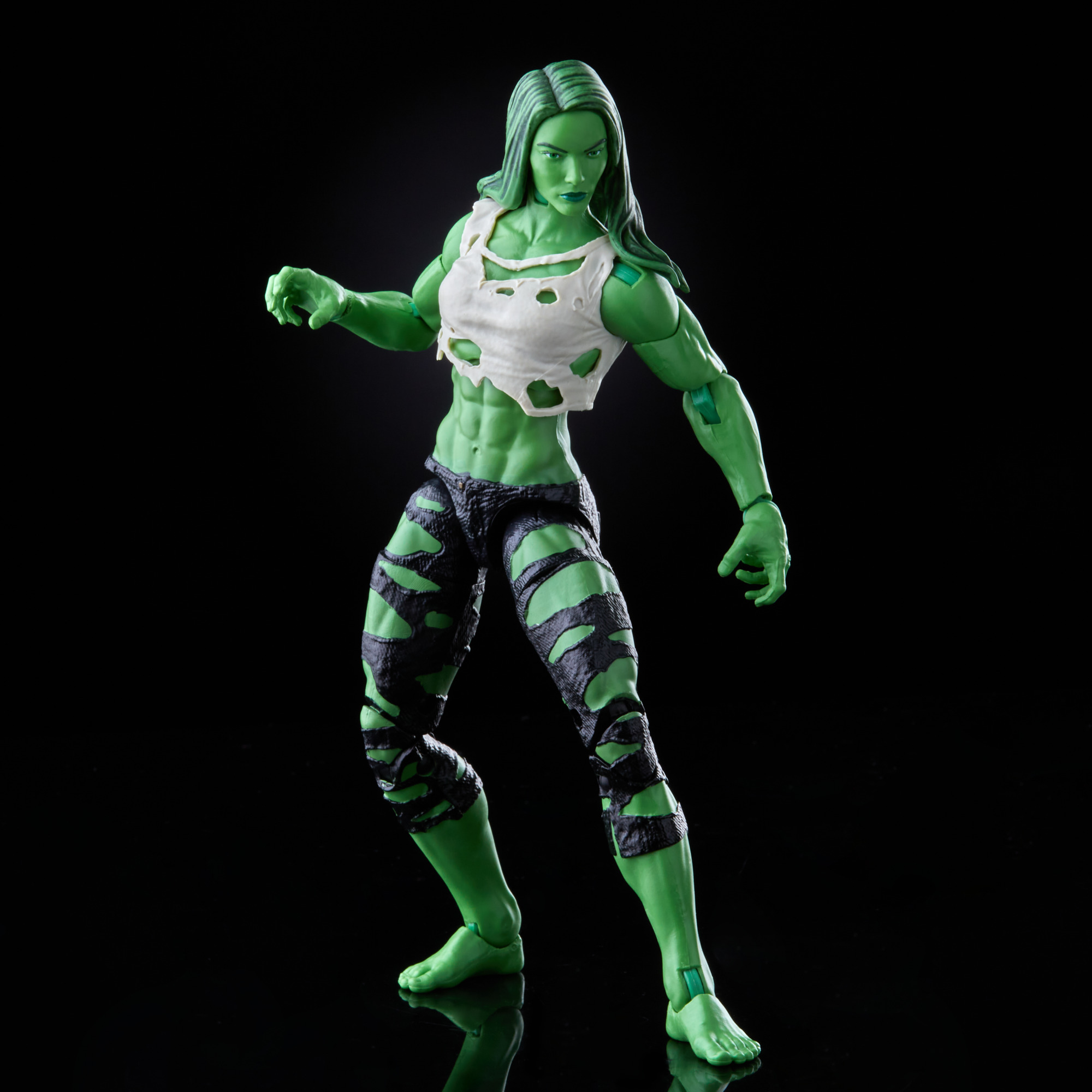 Earlier today Hasbro kicked off their 2021 reveals with a Marvel Legends She-Hulk figure. This figure is a repaint of the brilliant She-Hulk figure which was released in the Fantastic Four Super Skrull BAF Wave.

As you can see this figure of She-Hulk is more in the classic green look that she’s known to have in the comics and she comes with some extra accessories such as an interchangeable head which is a repaint of the head that came with the original figure as well as some interchangeable hands too which is really nice! And yes I really do want to get this one as well!

I do hope that we see more She-Hulk figures in the future in her more classic look from the John Byrne run or in her lawyer outfit which would be really cool!

Jennifer Walters, a New York City lawyer who happens to be cousins with Bruce Banner is shot and critically injured. She is saved by a blood transfusion from Banner, which mutates her into the She-Hulk. A powerful hero, Walters keeps her job as an attorney, taking on cases that appeal to her passion for justice. The figure includes two sets of hands and two interchangeable portraits. It is scheduled for release in August 2021.