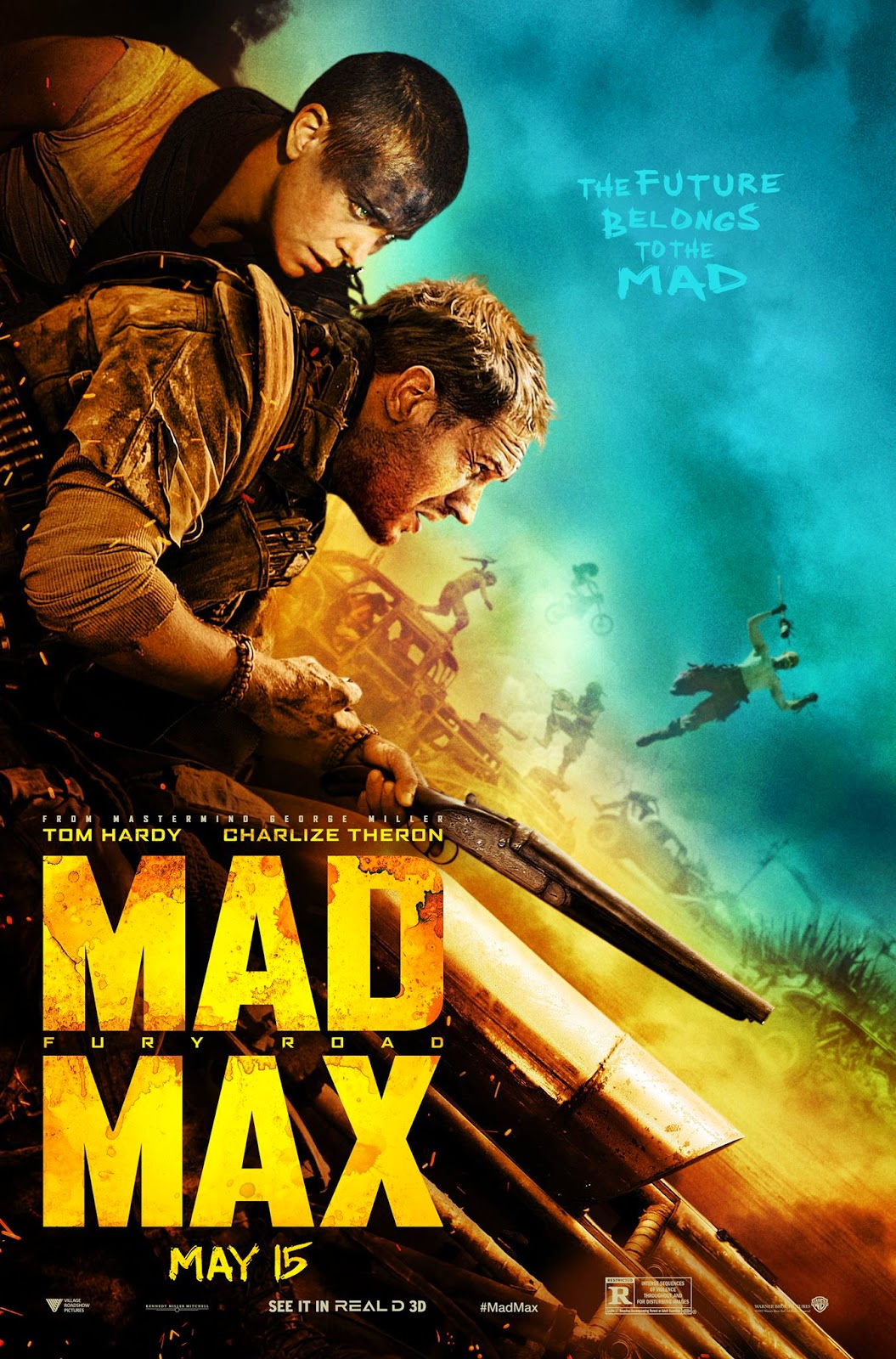 The Future Belongs To The Mad

To kick off the year 2021 I watched one of my favorite films Mad Max Fury Road which I still class as one of the best action films ever made and one of the best cinema experiences I’ve had. When it came out in 2015 and I saw it on the big screen twice.

I know the road for George Miller to film and release Mad Max Fury Road has been very turbulent as I first heard rumblings of a fourth Mad Max film when I was at secondary school. Over the years I had heard of the problems George had shooting it and such like and about nine years later after first hearing about it Mad Max Fury Road was released in cinema.

If you haven’t seen the film it’s absolutely incredible and since I first saw the film I’ve always wanted a line of action figures based on the film. During the film’s release, Funko did a line of Funko Pop’s based on the film as well as a Rock Candy Furiosa figure. There were also unofficial bootleg Mad Max Fury figures released by VTS. They did unofficial figures of Max and Furiosa and they were 12″ figures and are incredibly expensive.

I’m not entirely sure why we haven’t had any official line of Mad Max Fury Road figures but I have a hunch that Warner Bros didn’t license it out for some reason. Also, I should mention that Miller has had some problems with Warner Bros due to a pay dispute, though that must be settled now. As it’s been officially revealed that George Miller will be directing Furiosa which will be a prequel to Mad Max Fury Road which is scheduled to be released in 2023 and another Mad Max film after that.

Since the film came out fans of the film have been hoping for a Mad Max Fury Road line of figures, and we came quite close four years ago when Funko announced they would be revitalizing their Funko Legacy line. They announced that they would be releasing Mad Max Fury Road figures in that line but nothing came of it and the line was never revitalized.

Of course, there are other characters in the film such as The Wives of Immortan Joe (Splendid, Capable, The Dag, Cheedo, and Toast) Slit, and Rictus Erectus and the Valkyries. Though I’m not entirely sure if there would be much interest in them, I personally would love to have a complete line of figures and maybe a number of generic War Boys with different heads and weapons would be sweet too and they would all look great on display! A good way to release these I would feel would be in two-packs say you can get one of the Wives with a generic War Boy or something so you would get an army builder and a character.

Now to discuss what the Ultimate Mad Max figures could come with:

Max Rockatasnky (Blood Bag): Max is wearing the outfit from the beginning of the film when he’s been captured by Immortan Joe’s War Boys. He’ll have both his boots on as he only lost a boot for a short segment of the film. The figure will be also wearing the metal grill mask that he was outfitted with when he became Nux’s Blood Bag. Both heads will be wearing the mask one with a neutral facial expression and one with a gritted teeth expression from when a projectile narrowly misses his head.

Max Rockatasnky (Mad Max): Now this is the classic look for Max looking similar to how he did in Mad Max 2: The Road Warrior. This is similar to the Blood Bag version minus the mask and now with his iconic leather jacket on instead. Which has a full sleeve on one arm and a half sleeve on the other with the armor shoulder pad on it. I should mention that the lower body is the same for this Max and the Blood Bag version leg brace and all.

Accessory wise he comes with a similar armory of weapons that Blood Bag comes with such as the sawn-off shotgun and a few pistols, but he’ll come with some other weapons too such as the Kuri knife which you see him carry when he goes to take on the Bullet farmer as well as Furiosa’s sniper rifle which he uses briefly in the film. Other fun accessories he could come with would be a mine which uses to fend off the War Party and the steering wheel of the War Rig would be a fun accessory. He would come with some interchangeable hands as well, and some of them would be bandaged hands from after the scene when a roped harpoon is used to attack the War Rig and it gets attached to the steering wheel. He could also come with an interchangeable head when he half-smiles and gives the thumbs up to Splendid.

Max Rockatasnky (Bullet Farmer Armory Version): This version is very similar to the Mad Max figure but with this one he has a harness over his jacket with assorted ammo pouches, a knife in a sheath, and some medical tubing. There would be some changes to the lower body as well as he now has a thigh holster for a pistol. Again Max will come with an assortment of firearms that he used during the finale of the film including the old-fashioned rifle he uses to fend off one of the Polecats on the War Rig. He could come with three interchangeable heads a neutral one, one covered in blood after his confrontation with the Bullet Farmer, and the other could be the “That’s Mine!” head when he spots Slit driving Max’s V8 Interceptor which would be really fun! Like the other Max figures, he’ll come with some interchangeable hands including one when a small crossbow bolt gets fired through it when Max uses his hand to protect his face.

Imperator Furiosa: Unlike Max, Furiosa doesn’t really change her look throughout the film though she’ll come with a number of interchangeable heads. I can picture how this figure will look in my head. She will come with four or five interchangeable heads including a neutral head, oil-covered forehead head, scarf covered head, and finally a screaming head from the finale of the film. I don’t think the metal arm wouldn’t be a challenge for NECA and the articulation in it will be great.

Accessory wise she’ll come with an armory of weapons including a pistol, flaregun, crossbow, shotgun, and her sniper rifle and the gear shift knife. She will also come with a set of removable pair of goggles which she used in the sandstorm scene and she wore them for some scenes on her head. As Furiosa has a metal prosthetic arm in the film she could come with some interchangeable hands for her metal arm too. Such as an open hand and a gripping one for the sniper rifle.

Immortan Joe: Immortan Joe is the main antagonist of the film and is played by Hugh Keays-Byrne who played Toe Cutter the main antagonist in the original Mad Max and sadly passed away last year. Immortan Joe definitely has a unique design (then again all the character designs in the film are fantastic) Like with Furiosa his look doesn’t change at all in the film so he would need only one figure. He doesn’t use that many weapons in the film only two revolvers and one which he gives to Nux. He could come with some interchangeable heads with different facial expressions such as when he watches Nux climb on the War Rig.

Nux: Nux would make a very interesting figure and he has plenty of potential to release at least two figures of him. Early on in the film Nux wear’s Max Jacket and has his sawn-off shotgun too. Though if they only released one figure of Nux I would like to have one based on how he looks for most of the film. Nux could come with multiple heads such as the ‘what a lovely day!’ head, spray-painted mouth head, as well as a regular head as well. All these heads would be fantastic as Nicholas Hoult has a very expressive face and I think they would look great. He could with a variety of hands as well and one I would really like to see is a ‘witness’ hand which I think would definitely be included. He could come with the revolver that Joe gives him, the pistol he gives the max the ammo clip to (which could be removable) a removable pair of goggles, a silver spray can, his blood bag wrist chain which could be removable, and the V8 Interceptor steering wheel.

For the packaging, each one could use a character poster from the theatrical release of the film which is the standard for NECA’s Ultimate release and that counts for the Ultimate figures which I have written about here and the other characters if the line is successful. If they were to do two-packs I think it would be a wise idea to have to use just the theatrical poster like they have done for the NECA TMNT 1990 Two-Packs with a window display of the figures.

Also, I am going to throw in a bonus figure here because this year is the 40th anniversary of Mad Max 2: The Road Warrior. I would really love to see a figure of Mel Gibson’s Mad Max from the film wearing the iconic outfit from the film with the beaten and worn leather jacket, leg brace and all.

He would definitely have to come with his sawn-off shotgun which can be stored in the thigh holster, his faithful dog, an open can of Dinki-Di Dog food, and fork and telescope. He would also come with a number of interchangeable hands and at least one interchangeable head where he’s all bruised and bloody from the finale of the film.

There’s definitely a lot of potential for a Mad Max Fury Road line of figures such as this dream line by NECA who I feel would do the best with the license. I’m hoping a line of figures will be released sooner than later as George Miller is moving ahead with two new Mad Max films and to have a line of figures before those films are released would be a great way to get fans reinvested in the gestating franchise. As well as having figures from those films would be pretty sweet too! I’m keeping my fingers crossed as I absolutely love the Mad Max franchise and I would love to see a modern line of official and affordable action figures!