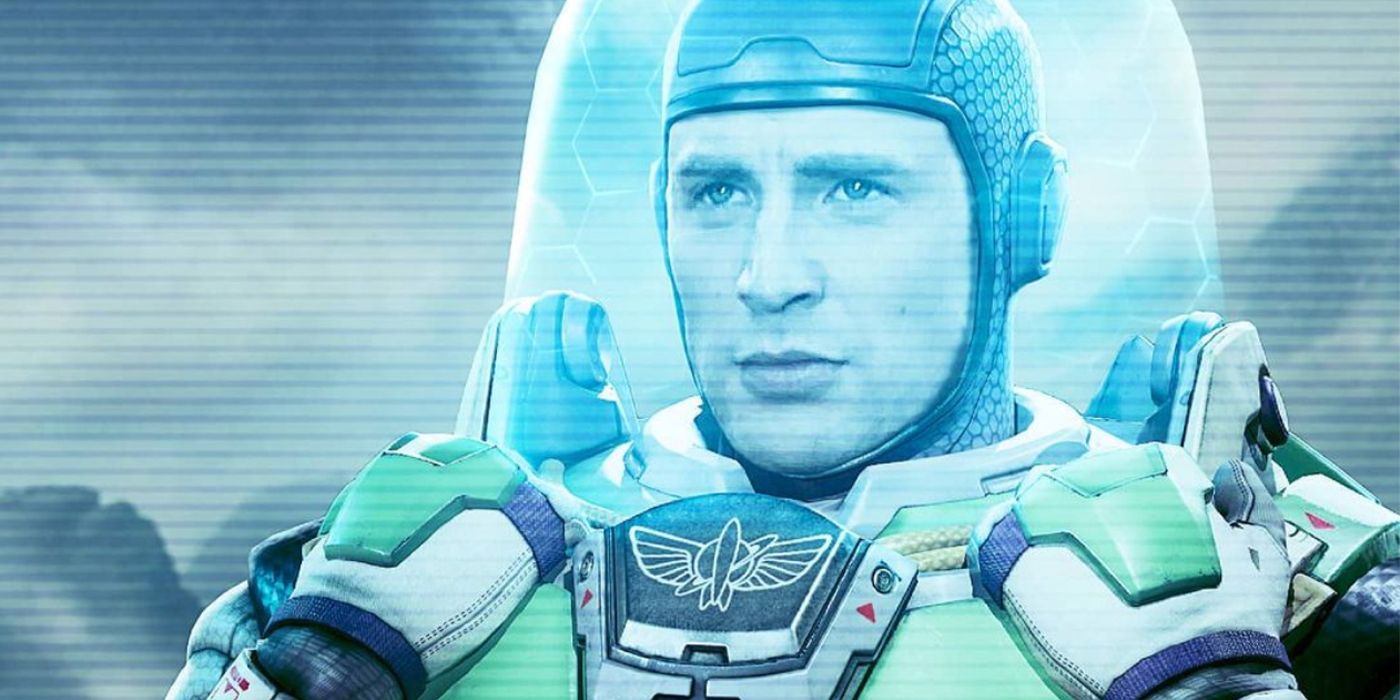 A new piece of Toy Story fan art imagines what Chris Evans would look like if he were cast in a live-action Buzz Lightyear movie. Buzz has become one of the most recognizable Disney/Pixar characters ever since he first appeared in John Lasseter’s Toy Story. The character has since appeared in three Toy Story sequels, his own TV show called Buzz Lightyear of Star Command, and several children’s books and video games.

Disney Investor Day was bigger than fans ever could have imagined, with Disney announcing 61 new movies and TV shows. The studio announced several new Star Wars and Marvel TV shows and films, but fans also found out that the studio wasn’t finished with the Toy Story franchise just yet. At the event, Pixar announced that Buzz Lightyear was getting a solo film called Lightyear, with Chris Evans voicing the titular character. The movie will be about the “real-life” astronaut Buzz is based on, which is why Tim Allen isn’t returning as the character. Very little is known about Lightyear since it was just recently announced, but fan art has started hitting the internet.

Lightyear may not be a live-action Toy Story movie, but a new piece of artwork from ApexForm imagines Evans actually suiting up as the character. The art shows Evans in a spacesuit that resembles the version fans know and love while also taking some creative liberties to imagine what it could really look like in a live-action movie. ApexForm’s original Instagram post can be seen below:

Given the way Toy Story 4 ended with Woody separating from the gang to spend his life with Bo-Peep, many fans believed that would be the end of the franchise (or at least the end of feature-length movies). Since most fans were expecting not to get Toy Story 5, it was a bit of a shock when the Toy Story prequel was announced. That being said, it really shouldn’t come as a huge surprise that the series is continuing since it is one of Disney’s most lucrative franchises; Toy Story 3 and Toy Story 4 both earned over $1 billion at the worldwide box office.

Disney has been turning many of their most popular animated features into live-action movies, with varying success, so it’s possible something like the above fan art could one day turn into a reality. That being said, no Pixar film to date has gotten a live-action treatment, so even though Toy Story is valuable IP, the studio is unlikely to ever attempt to pull off a live-action adventure with Buzz and Woody. While the idea of a live-action Toy Story movie could be weird enough to bring people to theaters, it might be too big of a risk, even for Disney.

Christopher is a news writer and editor at Screen Rant. He graduated from Rock Valley College in 2018 with an Associate of Arts degree and a Media Production Specialist certificate.

After running his own movie blog for over five years, Christopher joined the Screen Rant team in 2018 as a list writer. Christopher is a sucker for ‘80s horror and giant monster movies, but has covered a wide range of topics during his employment at Screen Rant.