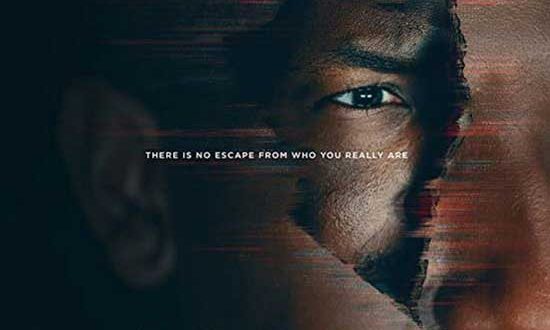 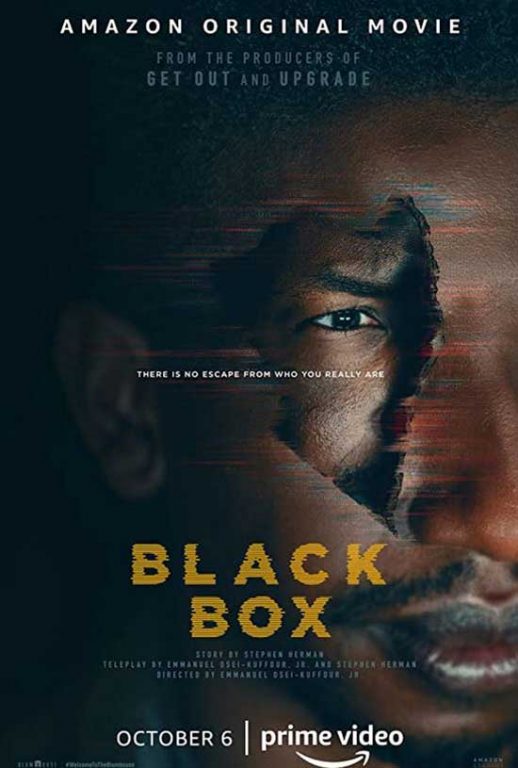 “Black Box” is about a man struggling to regain his memory after surviving a tragic car accident. Desperate to return to his former self while trying to raise his daughter, he receives an experimental treatment that helps him probe into a past which suddenly feels too dark to be his own.

Let me establish here at the get go I am enamored of black culture. I am in no way prejudiced against anyone for the color of their skin or even their socio-economic condition. I teach college freshman English and I encourage all my students, whatever their skin color or ethnicity, to work and succeed in life through getting a college education. I just thought I’d give you a little background on me before anyone starts falsely accusing me of being racist.

I am sometimes against a new wave of horror films that take little into account except race. I want creepiness, above all else, in my horror. This film has some. I await the day when all colors are presented in movies without preference or prejudice. The goal is the scare!

What’s in this 2020 film called “Black Box?” More importantly, is it worth a 2020 horror fan’s time? Blumhouse financed it but as fans know, their movies have been hit and miss in the past few years with a sample miss being “Happy Death Day II” and absolute hits being the “Creep” franchise and the inimitable “Hush.” So, with respect and eager anticipation, horror fans want to know, “What’s next in the box?” For me, this one stops just short of being great. It succeeds in looking like a “Get Out” (is there any latent horror value in mandating a mostly black cast? Please sound off in the comments) but it loses points in scares and writing. In some social ways, this was a hard review for me. I don’t want to offend people. Please don’t be offended. Sound off in the comments, I would love to hear your response to this film.

Emmanuel Osei-Kuffour Jr. is our first time director. “Black Box,” in a similar vein of “Total Recall,” concerns the erasure/redemption of memory, and one man’s sad loss of his. Glenn Kenny (NYT) says:

In “Black Box,” it’s bad enough for Nolan (Mamoudou Athie) that, half a year after losing his wife in an automobile accident that also put him into a temporary coma, he’s still suffering from amnesia. But what’s worse are his dreams, which are increasingly becoming nightmares.

The trouble is, we’ve see this before done far better: e.g. Vertigo, Eternal Sunshine of the Spotless Mind, Memento, The Tree of Life …

Mamoudou Athie portrays Nolan, a mysterious dad with no past he can recollect and thus has a very strange relationship with his daughter. He forgets to pick her up from school numerous times and thus is threatened by her teacher that next time she will have to call social services. Enter clinical and controversial memory scientist Lillian (Phylicia Rashad) who claims she can bring back his memory through a sort of guided meditation which smacks of “Insidious,” and other familiar horror tropes. She’s a beloved actress but fails to get this plot off life support. It takes a long time for anything scary to happen and Rashad is … well she’s 72. It feels like they are trying to attract black viewers primarily instead of all colors of fans. I’ve wondered since the release of “Get Out” why they need that. I get reparations and equity etc. I love black culture butI’mnt sure Jordan Peele is a horror director to emulate. I know I’m in the minority on that. Feel differently? Let’s chat about it in the comments. I respect all views on horror. It’s not all black and white.

Progress is steadily made with the protagonist’s memory. These scenes are creepy, I liked them. If anything, these dreamlike memory sequences make it worth your time. The writing in between is often pathetic though. I feel more effort should have gone into developing believable characters, textbook black or not. The righteous anger over prejudice will likely produce more of these mediocre films.

In conclusion, There’s nothing new to see here. It’s a “Get Out” clone with very little bite in the plot. The Cosby Show gave us Claire Huxtable but even her mammoth stardom can’t awaken a scary story. You can miss this one. Psychology majors will enjoy the hypnotism sequences. I give this one a 6/10 “Watchable.” Please start a dialog with me in the comments.