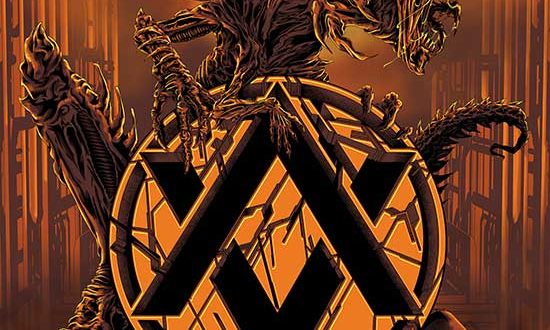 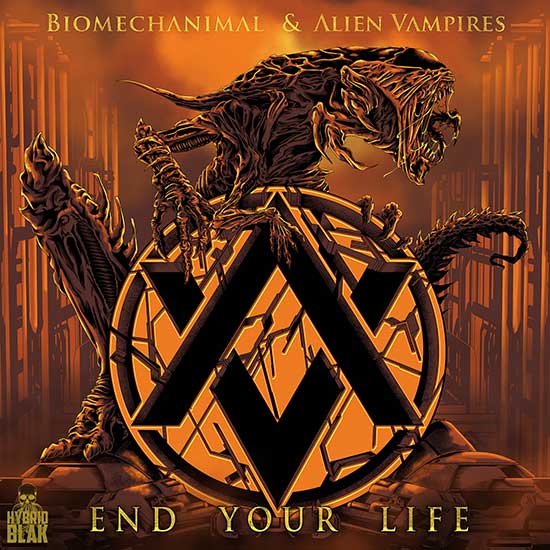 For fans of: AMDUSCIA, CELLDWELLER and AESTHETIC PERFECTION

Conjured in the depths of London’s Slimelight, scene upstarts BIOMECHANIMAL join forces with hedonistic legends ALIEN VAMPIRES to bring you “End Your Life”, a brutal, filthy expression of electronic music. This aggressive collaboration brings together elements of industrial, extreme metal, and both artists’ visceral vocal performances. It’s rounded out by a selection of explosive remixes from both established and fresh artists across the alternative electronic sphere.

Started in 2013, and self-releasing the self-titled debut album in 2015, BIOMECHANIMAL has been a staple of the underground London alternative and industrial scene for about 5 years. If you have seen Grendel, Aesthetic Perfection, The Birthday Massacre, Covenant, Faderhead, or any of the industrial big hitters in London, BIOMECHANIMAL was probably on the bill at some point in time. With an aggressive, physical live show, they have often been touted as ‘one to watch’ of the UK dark electronic scene.

After teasing new material for some time, the BIOMECHANIMAL of 2020 is the strongest the band has ever been. With frontman and producer Matt Simpson leading the charge, supported by Keith Kamholz (Mechanical Vein) of electro-axe fame, Lex Liebert on live guitars, and Kekko B.O.Gora on drums, the band has numerous releases planned to drop this year.  They dropped a collaborative single in February called ‘Waves’, following that up with ‘Haksal (학살)’ & ‘Enter the Animal’ singles, with much more to come. Drawing from a diverse pool of genres, BIOMECHANIMAL’s eclectic sound is dangerously catchy, and by Granfalloon, you will be raising your fist with them too.