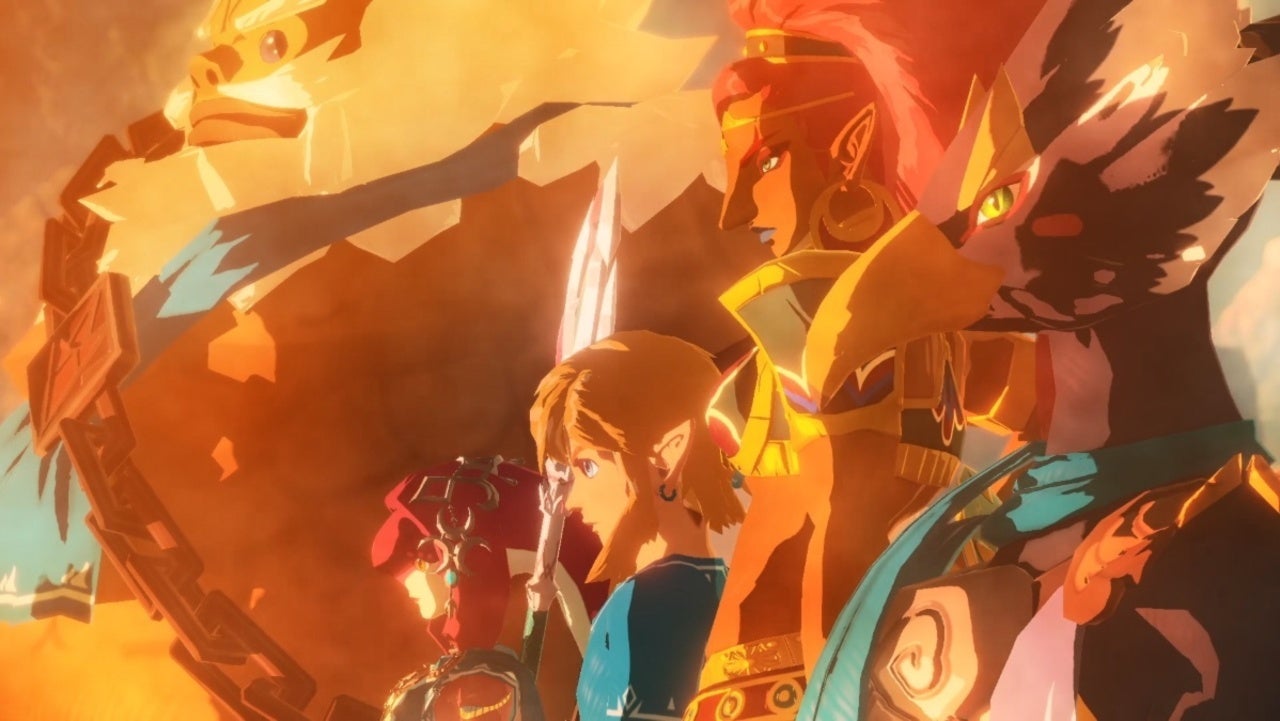 Hyrule Warriors: Age of Calamity’s developers have revealed how the game ties everything together. When Breath of the Wild ended, fans wanted more of the story in the DLC. They got some of that narrative with the Nintendo releases, but Age of Calamity helps fill in the blanks from 100 years ago to the present of Hyrule. 4 Gamer had the chance to speak with Ryota Matsuhita and Yosuke Hayashi from Koei Tecmo about the title. (Credit to Dark Isatari for the translation of the interview.) They plainly said that the Champions are a fiber that ties everything together. Their experiences and the context clues help players understand how things progressed after the battle with Calamity Ganon.

“Encountering the four Champions is vital in the story leading up to the battle to counter the Calamity, and Link, Zelda, and Impa were chosen as the members who could firmly draw the axis of the story up to that point. Because Link doesn’t speak, of course,” Matsuhita explained. “In terms of balancing action, we open with the orthodox swordsman Link, and Zelda fights like a mage, so then we placed the tricky Impa to fight from a speed-based perspective.”

“Bits and pieces of the personalities and fighting styles of characters appearing in Breath of the Wild could be seen, though fragmentally, through such things as the compendium and memory fragments,” he added. “Our approach was to use those pieces as clues to how they might have fought in the fierce battle against overwhelming forces 100 years ago, inflating the action-game aspects of those traits. This approach was common among character as well as map and sound design.”

When the game got delayed, Eiji Aonuma had to explain why the team needed a bit more time before the sequel would be ready.

“We mentioned in the June 2019 Nintendo Direct presentation that we had started development on the sequel to The Legend of Zelda: Breath of the Wild,” said Aonuma. “Many people around the world are still playing Breath of the Wild, so I’d like to thank you all from the bottom of my heart. Everyone, thank you so much. Regarding the sequel, in order to make the vast world you’ve enjoyed exploring in the original game even more impressive, the team is working hard on its development. So you’ll have to wait a bit longer before we can provide more updates.”

Nintendo describes Age of Calamity and the game is out now:

“Join the struggle that brought Hyrule to its knees. Learn more about Zelda, the four Champions, the King of Hyrule, and more through dramatic cutscenes as they try to save the kingdom from Calamity. Play the Hyrule Warriors: Age of Calamity game to see firsthand what happened 100 years ago.”

Have you played Age of Calamity yet? Let us know down in the comments!