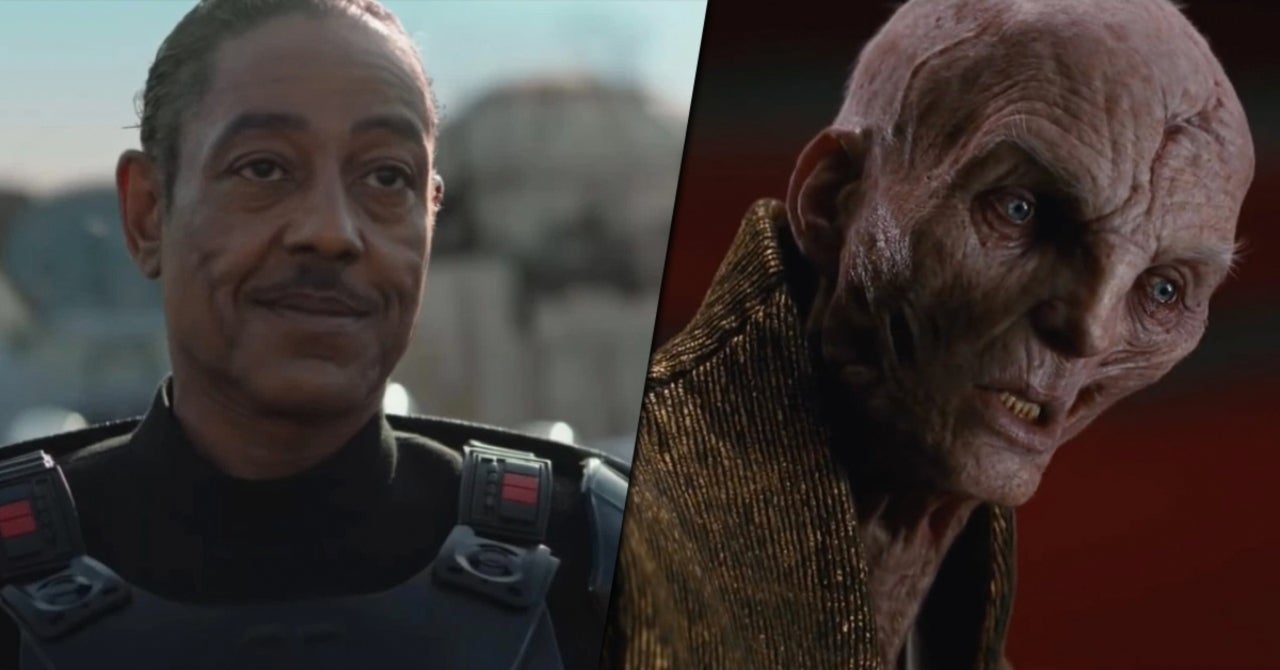 The latest episode of Star Wars: The Mandalorian on Disney+ revealed major new details about the Empire’s plans after the destruction of the second Death Star and their efforts to continue cloning, teasing huge revelations about Baby Yoda and possibly the return of Emperor Palpatine in Star Wars: The Rise of Skywalker. In the episode, we learn that Moff Gideon, played by Giancarlo Esposito, had a very specific reason for targeting the Child and it all comes down to midichlorians. Now, fans have finally caught a glimpse of what those tests were for exactly, and it could possibly lead directly to Supreme Leader Snoke himself.

As suspected with the Kamino-based Easter eggs from the first season of the show, Gideon’s operation — which is based on board his own version of a Star Destroyer, nonetheless — is focusing on cloning or, at the very least, genetic experimentation. During the episode, the Imperial outpost on Nevarro raided by Din Djarin (Pedro Pascal) and company was found to be home to a handful of tanks that had lab subjects floating about inside.

Furthermore, the group found a hologram message from the aforementioned Kaminoan scientist explaining they had been using The Child’s blood for the projects. Unfortunately enough for the Empire, they ran out of the kid’s blood, hence the game of cat-and-mouse they’ve been playing with Djarin.

While the episode doesn’t expressly state the clones are for the Supreme Leader, a pause and frame-by-frame treatment will show you the experiments look eerily similar to the Andy Serkis-played villain. In fact, it’s totally possible the experiments are the earliest versions of Snoke, especially since The Mandalorian takes place quite some time prior to the events of Star Wars: The Force Awakens.

Gideon’s background is still shrouded in mystery, and it’s something the back half of this season is likely to explore. That said, the Star Wars franchise could be on a course to having its largest film-to-television crossover yet — plus, it’d tie together a few of the loose ends left by the end of the Skywalker saga.

“Moff is very different from Gus Fring, he wields his own darksaber,” Esposito previously told Variety of his character. “He does his own dirty work and he’s certainly willing to. He’s much more volatile, he’s much more of the warrior, and that could tell us some things about him next season. Where is he really from? I’ve been asked all these questions. Is he a former Mando? Is he this, is he that? So all of these interesting things will want to come out. I love this show and it is the ultimate space Western, you’ve never seen anything like it.”

New episodes of The Mandalorian release every Friday on Disney+.

Do you think Gideon’s group ties into Snoke or the First Order somehow? Why or why not? Let us know your thoughts in the comments section!

Zack Snyder’s Justice League Concept Art Offers Alternate Look For Darkseid
Physicists Harnessed Thousands of Molecules Into a Single Quantum State
Star Wars: An X-Wing Is Preparing to Land at the Smithsonian Museum
‘Army of the Dead’: Watch Five Minutes of Footage With These Clips from Zack Snyder’s Zombie Movie!
Incredibly Cool ‘The Shining’ Sculpture Recreates the “Here’s Johnny” Moment on Your Bookshelf