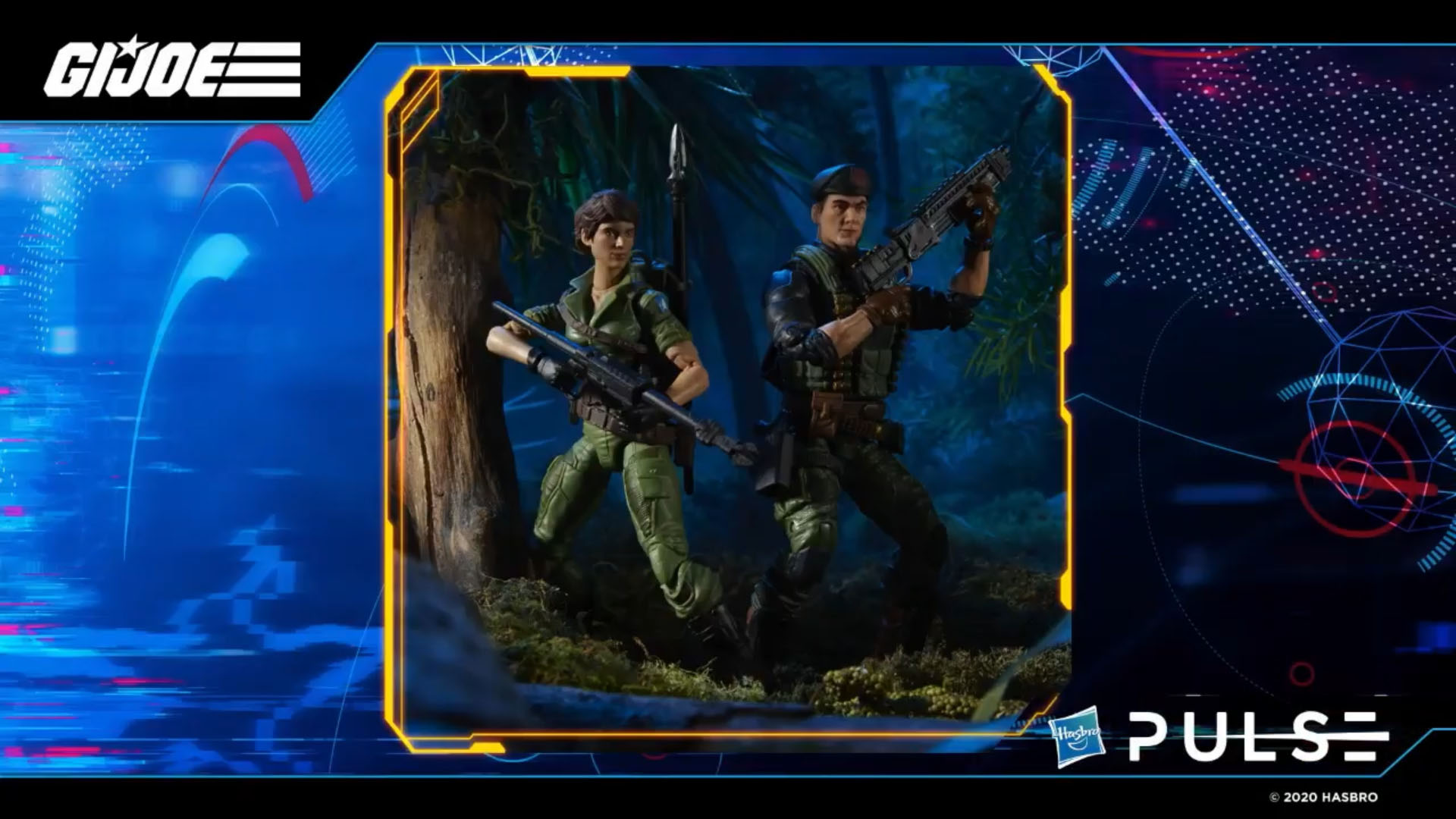 Earlier this week Hasbro had revealed that this past Friday would be a Fan First Friday for their G.I. Joe Lines and they revealed some new products for the Classified Collection and the Retro Line as well.

They revealed three new figures for the Retro Line and the three characters that they are doing are Duke, Lady Jaye, and Cobra Commander. Like the other Retro figures, these figures are more based on their classic looks from the original figures but with updated sculpts and articulation from the G.I. Joe line before they bought them back earlier this year. I really like the classic look of all three of these figures. Though they don’t seem to come with as many accessories as Snake Eyes, Baroness and Storm Shadow did.

Though I don’t collect them as I collect enough lines as it is but these are very tempting to get and I would keep them on the cards.

For the Classified Collection line, Hasbro revealed two new figures for the line Flint and Lady Jaye. I have to say I really do love the look of these two that’s for sure. I admit I don’t know all that much about the G.I. Joe line at all aside from knowing some of the characters in the Joe and Cobra teams.

I have heard of Flint and Lady Jaye and I have to say I really do love the look of these figures. I know it doesn’t show in these press released images but there are scars on Flint’s face The accessories for both of these figures look fantastic and I really like how they have removable hats and that Flint’s shotgun opens up and you can store Lady Jaye’s spears on her backpack!

These figures are scheduled to be released in the Spring of 2021 and I am very keen to see what other figures will be in this wave. I’m really into the G.I. Joe Classified line even though I only have one figure at the moment being the Snake Supreme Cobra Commander (which I absolutely love) all the others are on pre-order and I cannot wait to get them!

The Big Con Is A ’90s Soaked Road Trip About Being A Teenage Con Artist
Destiny 2: Synthweave | How to create Ornaments using Armor Synthesis
Incredibly Cool ‘The Shining’ Sculpture Recreates the “Here’s Johnny” Moment on Your Bookshelf
Village People’s Victor Willis Calls The Weeknd a Hypocrite for Grammys Beef
Castlevania Cosplay Readies for Season 4 With Lenore