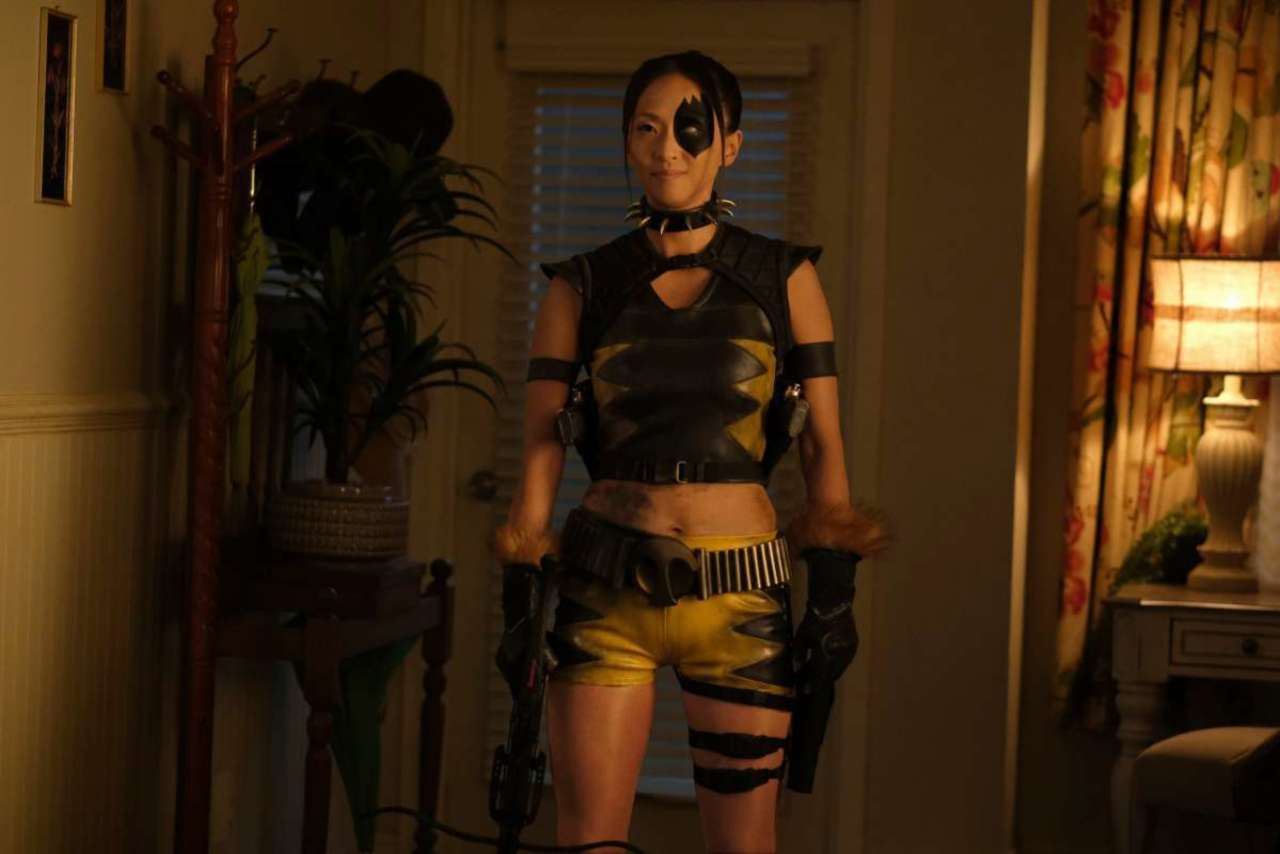 Production on the second season of DC’s Stargirl is underway and now two of the series’ villains are getting back in action. On Tuesday, Tigress actress Joy Osmanski took to Twitter to share a photo of herself with Sportsmaster actor Neil Hopkins heading back to work for The CW series, with the photo making it official: “#Tigmaster” is back in action.

In fact, the villain situation in Season 2 is something that is shaping up to be darker and more complex. With Icicle taken off the board in the Season 1 finale, Stargirl and her fellow JSA members will find themselves facing new threats — specifically The Shade and Eclipso.

Played by Nick Tarabay, Eclipso is described as an ancient entity of corruption and vengeance. Brimming with a cold, terrifying darkness, he exploits the flaws of others, reveling in the impure and sinful, sadistically feeding off the dark side of humanity. The character’s arrival was teased towards the end of Season 1, when Meg DeLacy’s Cindy stole the blue diamond that Eclipso is trapped in. This will be Tarabay’s latest turn in the DC universe, after he portrayed Captain Boomerang in fellow The CW shows Arrow and The Flash.

Played by Jonathan Cake, The Shade is described as an English immortal. Tall and slim with an elegant 19th Century way to his speech and manners, he masks the horrors he’s experienced and people he’s lost in all the time alive with wry, witty retorts and a false sense that nothing really matters. This will also be Cake’s return to The CW’s DCTV universe, after he portrayed the pirate Blackbeard on two episodes of Legends of Tomorrow.

Series showrunner Geoff Johns previously explained just how different the threats of Season 2 will be.

“It’s such a different, darker, scarier threat, because the threat is… Cindy is one thing, and she’s got the Black Diamond, and we’re obviously going to explore that,” Johns said. “But the thing inside is, this entity that’s trapped, this ancient being that feeds off humanity’s own sins and grief and fear and darkness is trapped in this Black Diamond and has been there for a long, long time and is aching to do what he does and feed off the darkness within humanity.”

“It’s going to take a lot to confront it, and it’s going to take the JSA and every one of our wonderful characters to a place that’s going to be tough for them to explore,” Johns continued. “So, I’m excited about it, but Eclipso is one of my very favorite villains from the comic books. In the comic books, he’s had a history with Wildcat and Dr. Mid-Nite and the JSA too, but we’ll see!“

DC’s Stargirl is expected to return in 2021 on The CW.