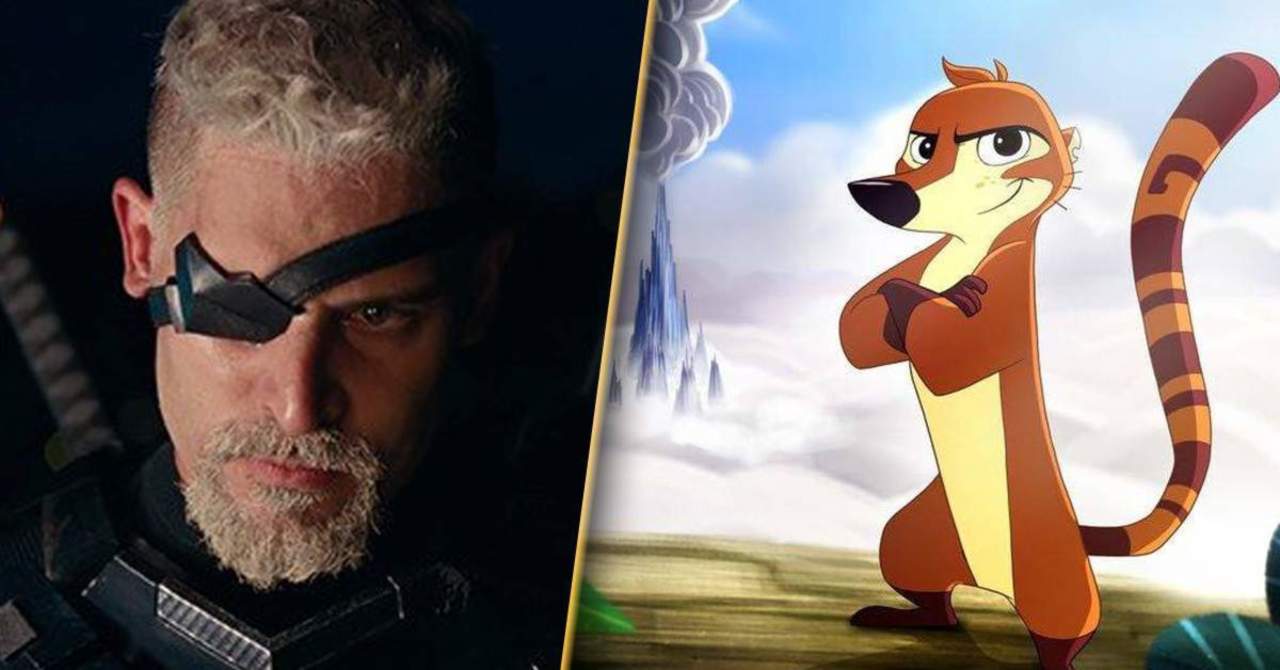 Joe Manganiello is still rocking that blue mohawk while teasing his role in the upcoming animated film Koati. The Justice League star decided to show his latest project some love on social media. Fox Studios is helping bring the movie to audiences and the actor is really proud of how it all turned out. Funny enough, Modern Family’s Sofia Vergara is helping her friend out with the picture as well. She was shopping the project a few years back and it would seem that they have a winner now. Both of them star in Koati and younger viewers will have a chance to see what they’ve been cooking up for a few years in the not too distant future.

Koati is being distributed by Timeless Films. Obviously, the coronavirus pandemic has held up some of the developments of the release. Annabelle Sosa-Dovarganes is aboard as creator and producer. Rodrigo Perez-Castro is here to direct after some fun experience on Rio 2 and Ferdinand. Vergara is also an executive producer alongside Luis Balaguer, Diego Urbano, Chris Zimmer, Jose Nacif, and Melissa Escobar.

Until that feature hits theaters though, most fans of Manganiello are waiting on word of how much of a role he’ll have in Zack Snyder’s Justice League. The Deathstroke actor has been hyping people up on social media all summer long and that probably won’t stop as we get into the heart of winter shortly.

Manganiello explained some of the processes on social media, “If I was a part of it, that wouldn’t be my place to announce that. That would be Zack’s place. So, whether or not that’s happening, that is an answer that is below my NDA level, or whatever you wanna call it.”

“On my social media, I talked about [how] there was an original end credits sequence that was altered for the release of Justice League,” he added. “Once Batman was canceled, they altered that scene. So, here you go, but I wrote about that on my social media. There’s an original scene that will be restored to what it was originally.”

Will you go see Koati when it releases? Let us know in the comments!

Former U.S. Air Force secretary Heather Wilson joins Maxar’s board of directors
Bikini-Clad OnlyFans Star Mia Khalifa Thanks Fans For Support After Donating A Huge Chunk Of Money Made
King in Black: Black Panther Reveals Wakanda is Under Siege
Big Mouth’s Ayo Edebiri Shares Approach to Missy In Season 4
Scott Pilgrim Vs. The World: The Game sold over 25,000 copies on Switch in under 3 hours