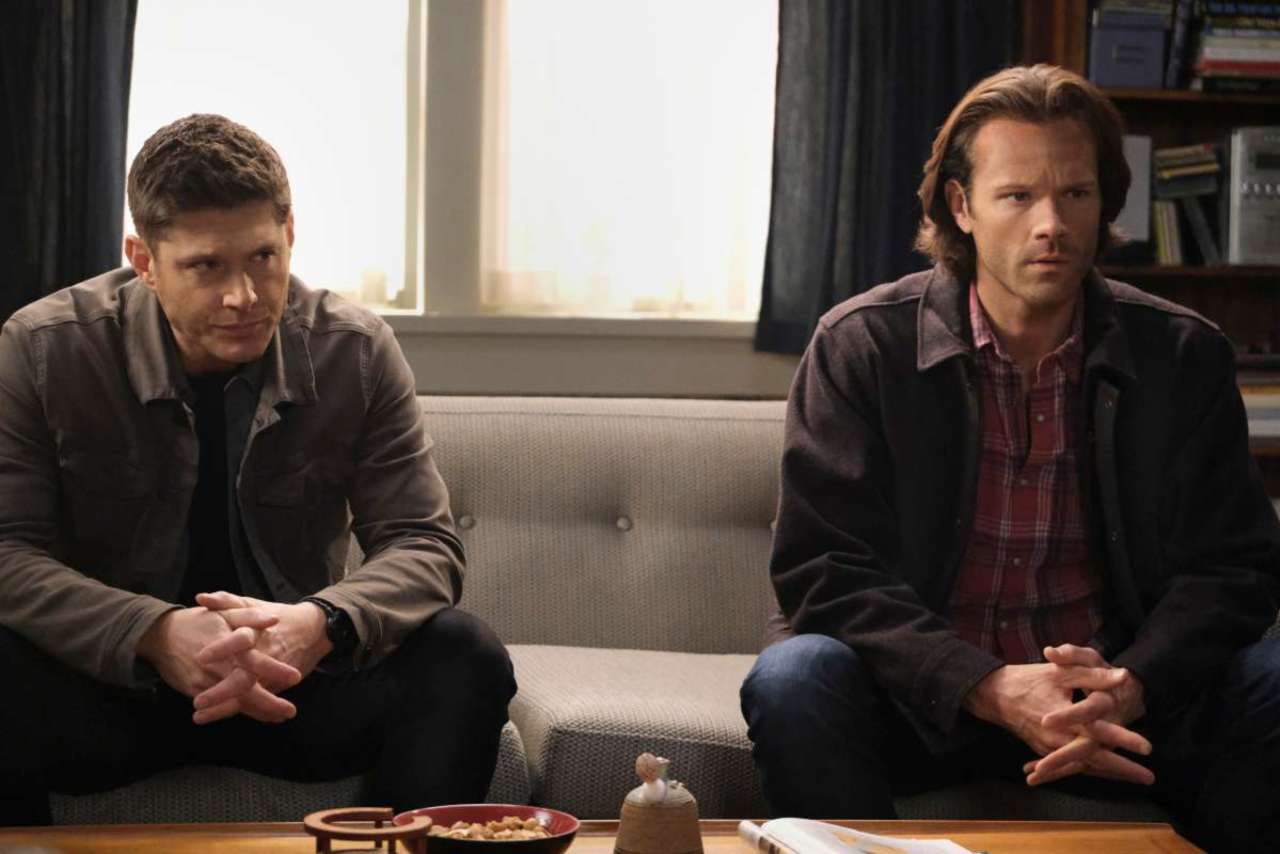 Tonight’s episode of Supernatural — the penultimate episode, and the one that featured the bulk of the action in the Winchester’s final battle against Chuck/God (Rob Benedict) — was a pretty eventful one. You might expect that, with a starting point of “everyone on Earth is dead except Dean (Jensen Ackles), Sam (Jared Padalecki), and Jack (Alexander Calvert), there wouldn’t be much to do. You’d be pretty wrong, though, from the opening moments with Jacks sad-Charlie-Brown walk to the closing musical montage. It was a busy episode, and we’re here to break it down a little bit for new or lapsed fans.

After all, it’s hard to pretend that the end of a series that has run for 15 years isn’t driving a ton more eyeballs to The CW and to Supernatural in specific. So here’s the very bare-bones synopsis of the episode:

In the opening sequence, the Winchesters tell Chuck that they will surrender to him if he returns the world to how it was before he snapped everyone out of existence. He declines, telling them that he would rather see them suffer with the consequences of their arrogance.

Back at the bunker, Jack senses that there are other presences out there besides just them, so they all get into Baby and head out on the road.

In a small town, they find a dog, somehow still alive, which Dean wants to adopt. He puts the dog in the car, and names it Miracle, only to have Jack come and blink it out of existence.

A little further on up the road, they come to a church where Michael is still alive. They bring him back to the bunker and ask him to try and open Death’s book about God, but he can’t. Lucifer arrives, however, and he has a plan: he has been released from the Empty to help them open the book.

He has a plan: he brought a Reaper out of The Empty with him, and so he kills her; when she comes back, she is now the first Reaper created after the death of Billie, and thus becomes Death. With that, she can open the book. She starts to read it, but Lucifer kills her, revealing that he has been working with Chuck all along in the hopes of securing the book.

After a short battle with the Winchesters and Michael, Lucifer is destroyed, but the book is still unreadable. Sam takes it into a back room to try and translate what he describes as some characters he thinks he can recognize, while Sam talks to Michael and Jack.

When Sam emerges later, he explains that they have to go to a certain place at a certain time and do a spell right when the sun is in exactly the right spot, which will unleash a force to destroy Chuck. They go, they cast, and it doesn’t work: Michael, jealous that Chuck asked Lucifer for help instead of him, has turned the WInchesters over to his father. It doesn’t matter; Chuck kills Michael and then sets about trying to kill the Winchesters, but that backfires when he realizes that all the power he has been expending has been siphoning into Jack, who is now powerful enough to drain the rest of Chuck’s magic.

Instead of giving the now-powerless Chuck the satisfaction of being killed by the Winchesters, they leave him on the beach, where they say he will age and die and be forgotten like everyone else. Inside the book, the pages appear blank; only Death can read them, and this whole meeting was actually a ruse to draw Chuck out and test the theory that Jack could steal his power.

Back in the small town, Jack revives everyone, and there’s a montage of the whole world coming back into action. He tells the brothers that he won’t be as hands-on as Chuck had been as God, and that he has to go.

Back at the bunker, the Winchesters toast a beer to those who have died along the way, and jump into the car to see what their next adventure is, now that nobody is writing their story except them.