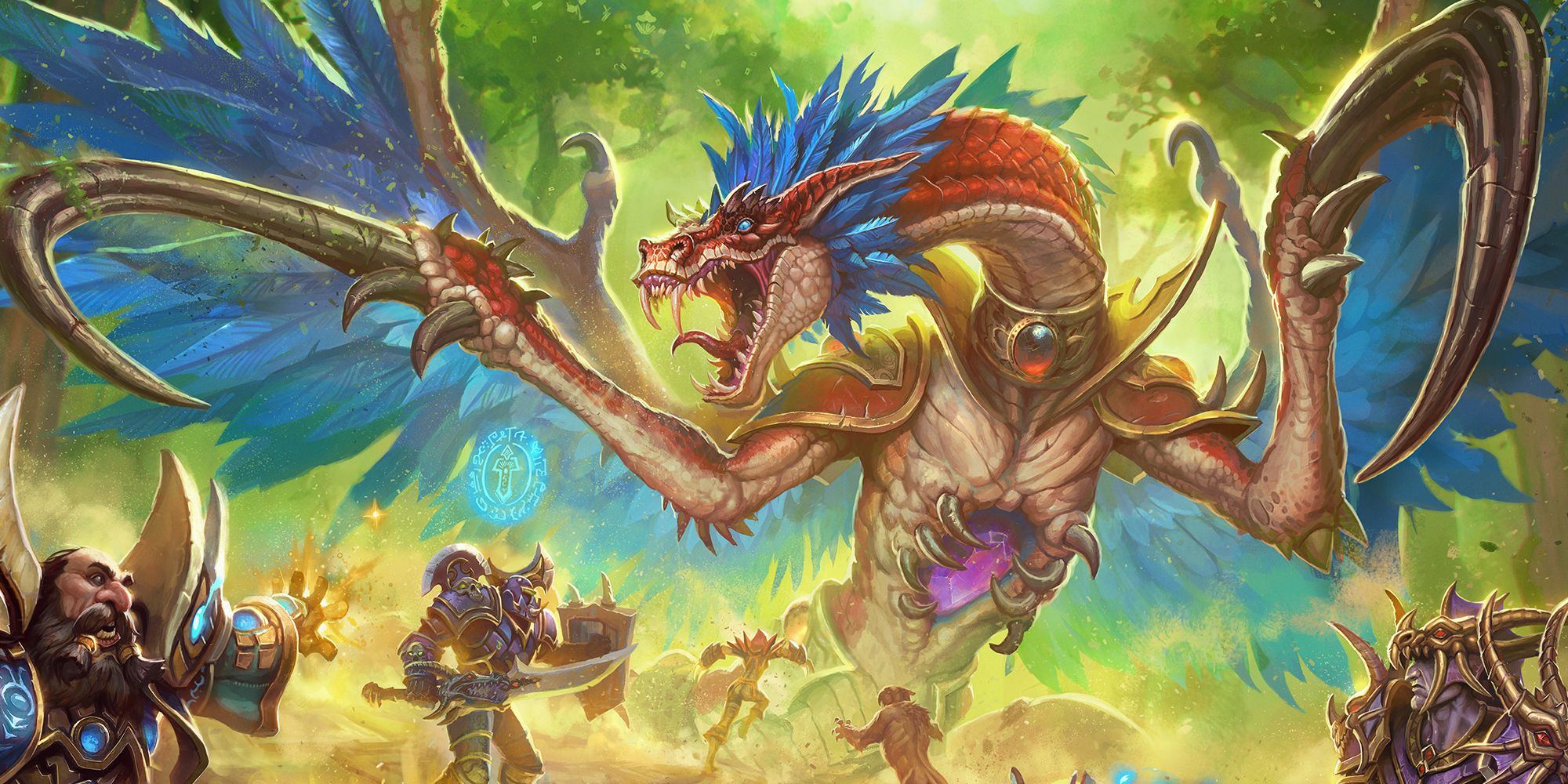 World of Warcraft’s 16-year run has had its share of big events, from anticipated expansion packs to competitive tournaments, but not all of the game’s most well-known stories were intentionally planned. One of the most infamous moments in World of Warcraft’s history, the Corrupted Blood Incident, began as nothing more than an oversight by the developers.

In September of 2005, World of Warcraft introduced a new raid called Zul’Gurub. Within the new area, players fought raptors, trolls, and other enemies on their way to clearing the raid. The final boss, Hakkar the Soulflayer, had the ability to cast a debuff called “Corrupted Blood” onto players in the raid. This ability caused a large amount of damage over time and could spread to nearby allies. Of course, this mechanic was designed for high level players in their epic raiding gear, which meant that the affliction was set to clear once players left the Zul’Gurub.

Hunters and Warlocks, two of the the original World of Warcraft‘s 9 playable classes, could have “pets” as one of their main features. These pets could be dismissed and summoned at the player’s discretion, including both inside and outside of raids. Unfortunately, when these pets were dismissed while carrying Corrupted Blood, they could be summoned with the debuff still active, and spread it to other players. Whether intentional or not, it created an easy way for the debuff to leak into Azeroth.

The Corrupted Blood Spread Throughout Azeroth

Once the Corrupted Blood effect was out into the world, lower-level players began dying off constantly. The large cities for both factions became graveyards as the streets filled up with skeletons. The only way to avoid the disease was to move to unpopulated areas, but for various reasons players often needed to access cities and towns to progress. Some higher level players used their healing spells to attempt to keep large groups alive, while others intentionally spread the disease to create mayhem. Eventually World of Warcraft’s developers at Blizzard had to step in, using a combination of hot-fixes and server resets to finally contain Corrupted Blood within Zul’Gurub.

Once the incident had ended it became a topic of study for scientists and medical professionals who wanted to better understand how groups of people would react to a pandemic. Similar to how most scientists would have predicted, the Corrupted Blood Incident saw many people step up to try to save their more vulnerable peers, while others actively sought to hard and hinder them by purposely trying to infect large groups.

Although the Corrupted Blood Incident was not an “official” feature in World of Warcraft, it remains one of the most infamous events in the game’s history. 15 years ago it was rare for a video game such as World of Warcraft, which was not as well-known as it is now, to make news in the way that the Corrupted Blood Incident did. The event even prompted Blizzard to create their own intentional event, the Zombie Plague, 3 years later.

Next: How Shadowlands Can Bring Back A Classic World Of Warcraft Hero

Who Is Slapstick, Marvel’s Version of The Joker?
Related Topics

Sean Boehme is a freelance writer and aspiring fiction author from Queens, New York. He loves video games as well as Dungeons and Dragons, where he plays as a very grumpy goblin. Unfortunately, Sean is also a dedicated New York sports fan. Sean can be contacted at his Twitter profile @Seanboehme.