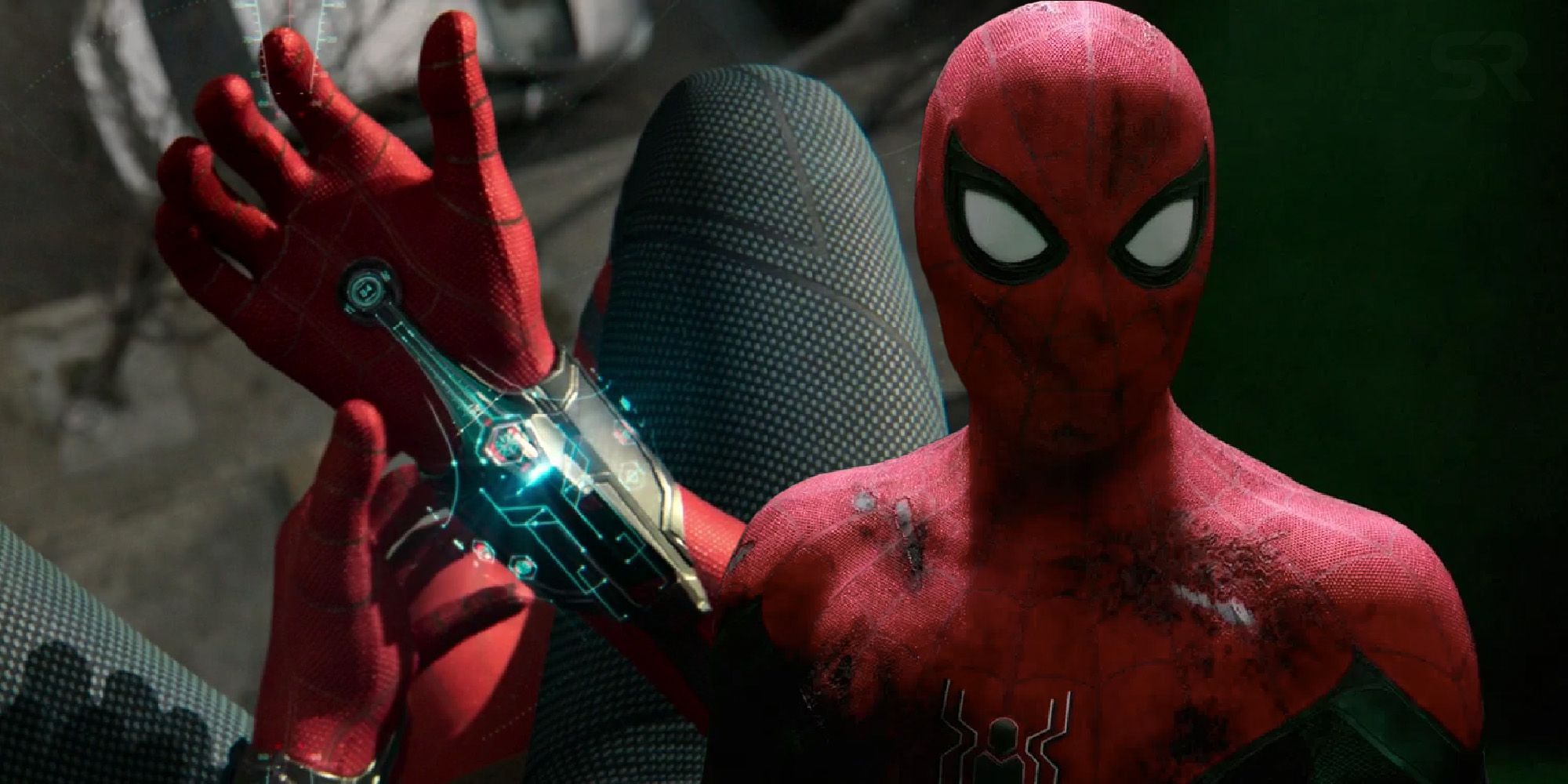 In a new MCU tie-in book, The Wakanda Files, Marvel have revealed the in-world secret behind Spider-Man’s famous web-shooters. Subtitled “A technological exploration of the Avengers and beyond,” The Wakanda Files is presented as an in-universe dossier — compiled by Black Panther’s Shuri — which collects various documents and blueprints, charting the technological history of the Marvel Cinematic Universe. Among these notes lie the secret formula behind Spider-Man’s web-fluid, which he uses to swing between buildings, subdue criminals, or simply grab a can of soda without walking to the fridge. Spidey’s web-shooters are an iconic part of his character, though — like anything in the comic book realm — the specifics of their design and origin have changed throughout Spider-Man’s numerous film adaptations.

While the web-shooters started life as a mechanical, wrist-mounted device invented by Peter Parker in Spidey’s original comic book run, some interpretations have incorporated organic web-shooting abilities into Spider-Man’s power set, derived from being bitten by a radioactive spider. Sam Raimi’s Spider-Man trilogy, with Tobey Maguire in the title role, also used the organic webbing to avoid any additional exposition — adding an uncomfortable level of body horror to those movies if thought about for too long. Subsequent portrayals — namely Andrew Garfield and the MCU’s Tom Holland — have utilized the more traditional, mechanical design present in most of the comic books: a clear way to convey Peter Parker’s intellect and scientific ability, while also delivering on a crucial aspect of the Spider-Man mythos. While Spidey’s web-shooters have an obvious function in the MCU, the details of their design and web fluid formula have remained a secret — until now.

The Wakanda Files, written by Troy Benjamin as an in-universe artifact, houses some of Peter Parker’s notes, revealing more about his web-shooters than was previously known. Titled “Web Fluid, version 3.01,” the passage opens with Peter reflecting on which materials would make the best webbing — questioning the use of silk, before settling on synthesized spider silk modeled against the real thing. He writes that the web fluid “has to be load-bearing and strong, hold with extreme amounts of tension and stress, yet have a little stretch to it.” Natural spider silk, he notes, has a GPa of 1.75 (meaning that it has a relatively high level of tensile strength and is able to withstand a significant amount of pressure and stress), against his own synthesized spider silk’s 0.875 GPa — which Peter deems “not strong enough” before theorizing that he might be able to string up a car with it if he’s able to bring the GPa closer to 1. A diagram at the bottom of the page includes a formula for Spider-Man’s web fluid, listing the necessary chemicals and equipment amid Peter’s characterful scribblings.

Additionally, Peter’s notes contain his thought process behind the mechanical web-shooters. Each wrist-mounted device contains a trigger pod that Peter activates with his middle fingers; able to halt the flow of webbing and cut the strand by releasing the same trigger. The fluid cartridges, slotted into each device, weigh 16 grams and are made from discarded CO2 canisters that Peter found in the garbage. Without the necessary pressure, he realizes, the webbing won’t shoot very far — so decides to add CO2 to the cartridges to give him an extra boost.

Eagle-eyed fans might recall some similar notes appearing in 2017’s Spider-Man: Homecoming, also titled “Web Fluid, version 3.01,” thus placing the document in the MCU timeline. It’s likely that Peter has moved on and developed the formula further throughout his subsequent film appearances, gaining access to more advanced scientific equipment and chemicals via Tony Stark and the Avengers. While The Wakanda Files doesn’t deliver any mind-blowing information in regards to Spider-Man’s web-shooters (since audiences already understand their basic function), the pseudo-scientific details included ought to please the more devoted corners of the MCU’s wide-reaching fanbase. Whether Peter’s web fluid formula can be replicated in real-life remains to be seen; though it would probably be unwise to try that kind of thing at home…

Next: Every Character Confirmed For MCU Spider-Man 3 (So Far)

Joe Gillis is a writer and cynic based in Edinburgh, Scotland. He likes piña coladas, getting caught in the rain, and hates referring to himself in the third person. Alas, them’s the breaks.