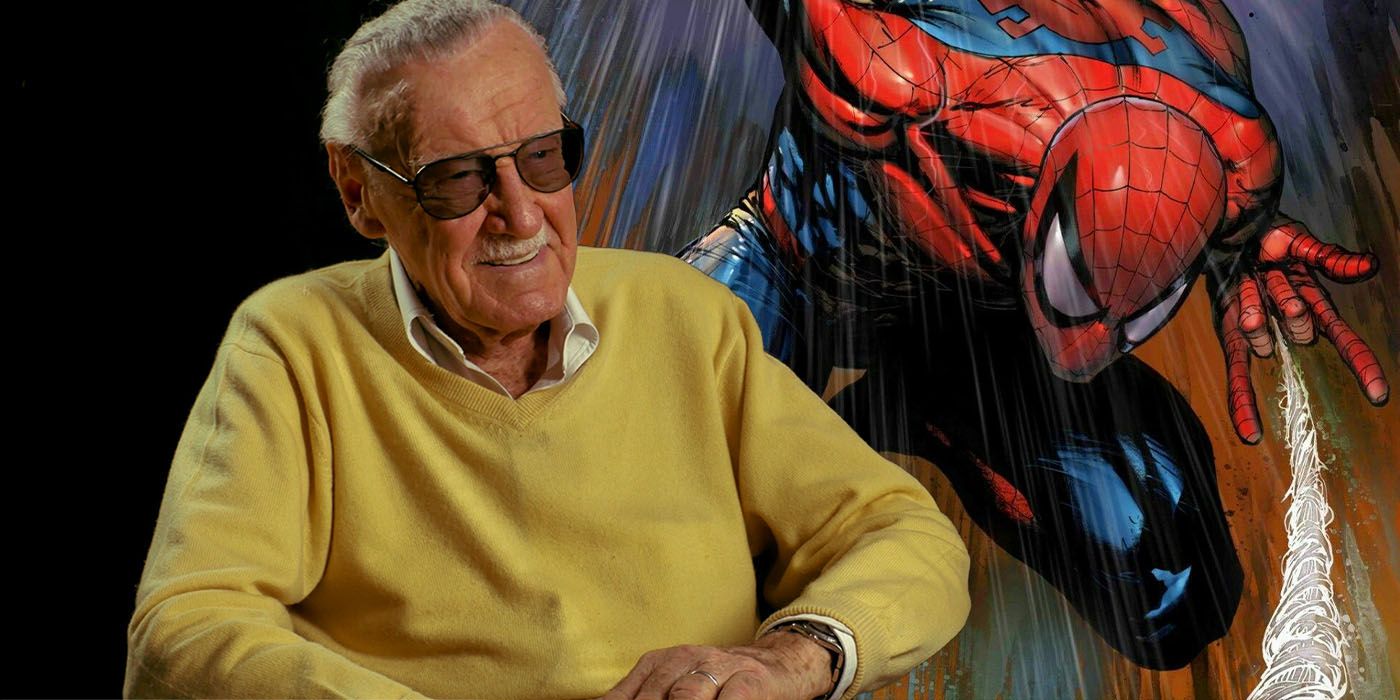 Stan Lee is one of Marvel’s greatest storytellers and comic book superhero creators who has collaborated with other creators to develop countless unforgettable characters – one being the wall-crawling superhero Spider-Man. But in one stand-alone special, Spider-Man comes to Stan to tell him he doesn’t want to be a superhero anymore and Stan proves he will do everything in his power to make sure the Friendly Neighborhood Spider-Man doesn’t give up on protecting the neighborhood.

Not only did Stan love to generate fantastic stories and comic book characters, but he also enjoyed being literally a part of the Marvel Universe. When it comes to the MCU, he frequently had cameo appearances – some better than others. One of his best MCU appearances, which was difficult to miss, was in Guardians of the Galaxy Vol. 2, where he appears to be mingling with a group of Watchers – beings that watch and document everything that happens in the Marvel Universe. And it’s nearly impossible to forget his cameo in Thor: Ragnarok when he gives The God of Thunder a nerve-wracking haircut. But he also liked to make appearances in the comics. Such was the case in the stand-alone issues Stan Lee Meets Doctor Strange #1 as well as Stan Lee Meets Dr. Doom #1. But it was in Stan Lee Meets Spider-Man #1 that he reminds Spider-Man why he needs to continue being a superhero.

Related: Into the Spider-Verse’s Stan Lee Cameo Is One Of The Best.

While Stan is baking his, “famous super hero cookies” in his kitchen, Spider-Man pops in and tells him he needs some one-on-one time with one of his creators. Once the two settle and Stan begins to play Bing Crosby on a turntable, Spider-Man asks him how would he feel if he had to be a superhero all day, every day and of course Stan responds with some humor and begins to tell him that he wouldn’t mind being a superhero if he looked as good as Spider-Man does in spandex. But Peter maintains his sincerity and tells him that he wants to lead a normal life and that he wouldn’t mind baking cookies every once in a while. He also tells Stan that even when he tries to help, people resent him. Stan continues to respond with fun banter, though that changes once Spider-Man says he wants to quit – which prompts Stan to tell him he needs to stop being so selfish.

After telling Spider-Man that quitting would be an act of selfishness, Spider-Man says, “I’d have gotten better advice over at DC!” Recognizing Spider-Man’s distress, Stan begins to say anything to make sure that he doesn’t give up and tells him that if he quits, he will be hurting a lot of businesses and manufacturers, including action figure makers, movie studios, animation companies, and especially the comic book publishers. Luckily, this argument works and Spider-Man changes his mind about quitting. After Spider-Man web-slings out of his house, Stan takes a deep breath and hopes the next time Spidey has a problem that he will ask Ditko (another one of Spider-Man’s creators) for advice.

Although Spider-Man considering quitting being a superhero is played for laughs, Spider-Man is one of Marvel’s most iconic characters and not only would his resignation hurt a lot of businesses, it would break a lot of fans’ hearts. And even though Stan Lee has passed away, his legacy will live on through the character.

More: Secret Stan Lee Cameos You Definitely Missed In Spider-Man: Into The Spider-Verse.

Fast & Furious: Why Time Travel Is Perfect For The Two-Part Ending
Related Topics

Matthew Sandage is a reader, writer, film lover who lives in Plainfield, Connecticut. Matthew’s previous occupations include a deli and seafood clerk and now works as a writer for Valnet, Inc., covering Screen Rant. Soon to be a graduate of Eastern Connecticut State University with a BA in English and a concentration in General English Studies. He loves to write and read about comic book superheroes/antiheroes.