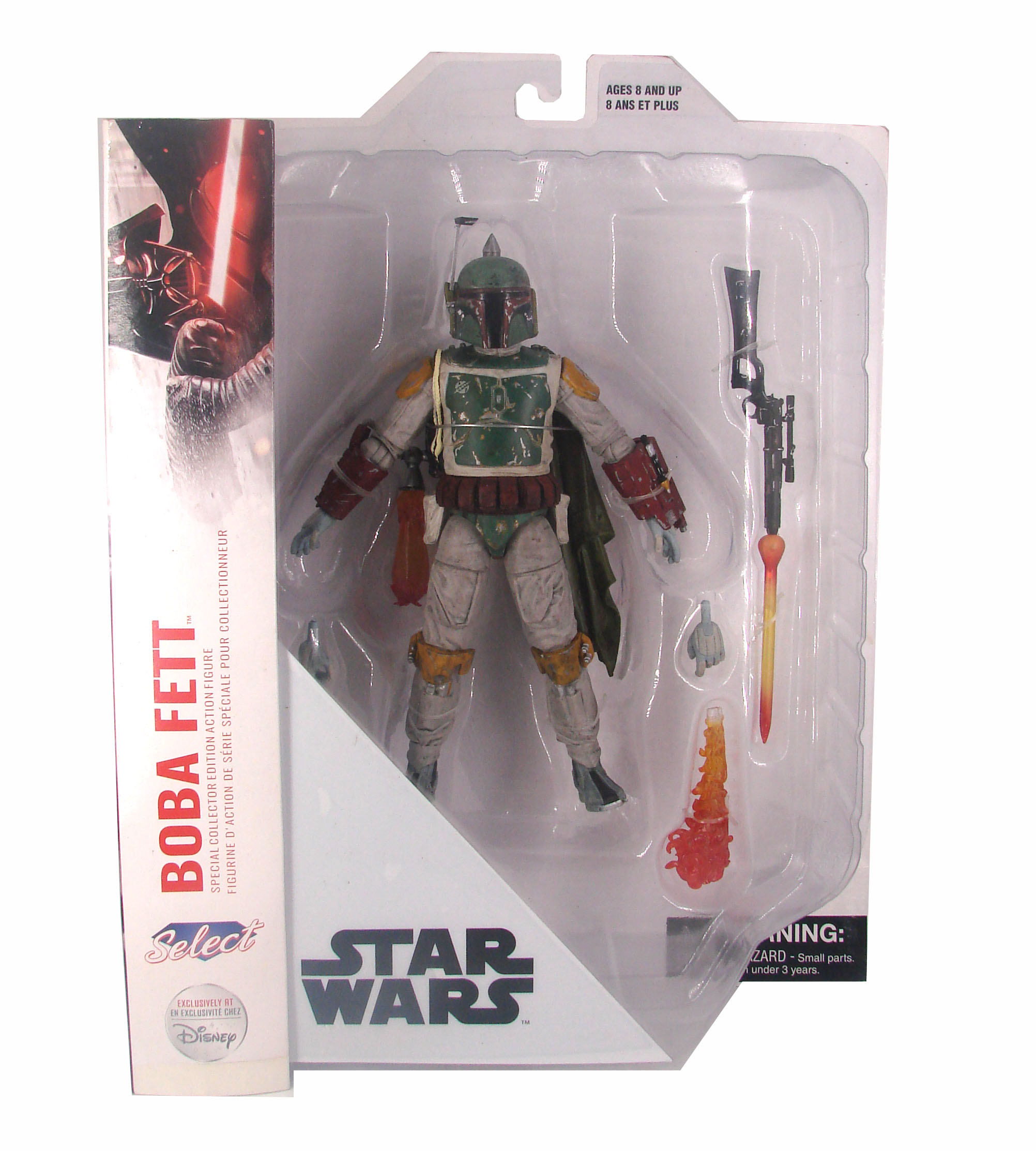 Just earlier today Diamond Select Toys has revealed that they’ll be releasing Select Star Wars figures exclusively at Disney Parks and Disney Stores. If you’ve been on social media the last few weeks you know that these figures were leaked on social media before DST officially revealed. I am very happy that DST has officially revealed the figures now and I am very happy that they have plans to release more.

I think that the figures of Boba Fett and Darth Maul are exceptionally well detailed and I can see why they are releasing these characters first as they are incredibly popular among fans. They also come with quite a number of accessories which is a great touch as the 6″ Black Series figures don’t really come with enough in some cases (though I still love the line) so this makes them stand apart from the Black Series ones aside from the scale difference and the slightly higher price point. I would be very interested and curious to see what other characters they’ll release in this line andd if they are any good as Boba Fett and Darth Maul I’ll definitely pick them up!

The line kicks off on October 23 with two releases, Boba Fett and Darth Maul. Each figure stands approximately 7 inches tall with 16 points of articulation, and each comes with multiple interchangeable parts and effects.

Darth Maul and Boba Fett will go up for orders on shopdisney.com on October 23 and will be available in physical stores and Disney park locations on or around that date.