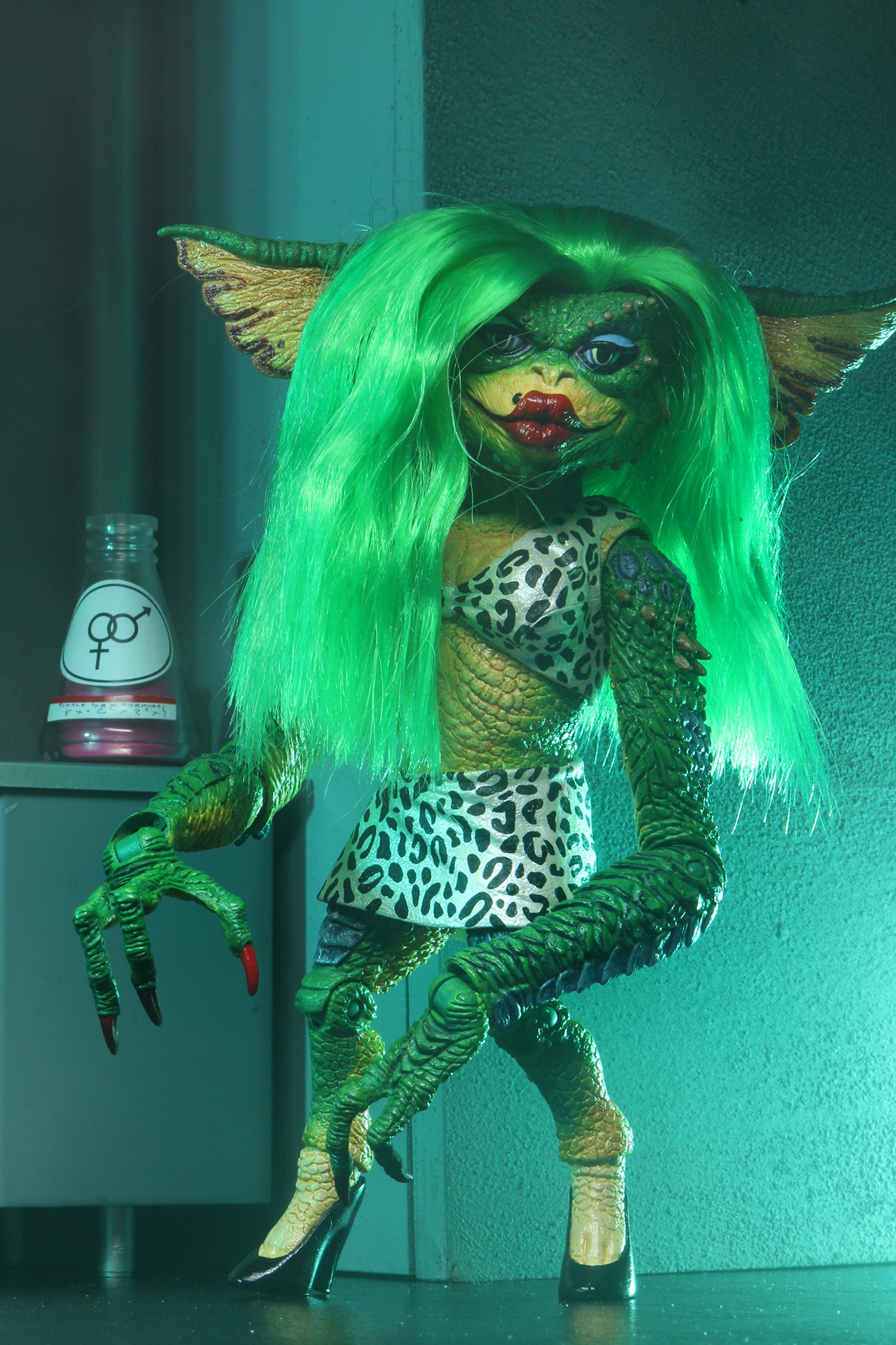 Just the other day NECA released a few images of their upcoming Gremlins 2: The New Batch Ultimate Greta figure which they first revealed at Toy Fair earlier this year. Then Just yesterday NECA released a press release detailing more information about the figure as well as releasing a gallery as well!

It looks like Greta will come with a potion bottle, boa, and interchangeable hands. So she doesn’t come with anything we hadn’t seen before. As a big fan of Gremlins 2, this figure is a must-have for me and I really do like the unique sculpt of her and her outfit. At this moment in time I don’t have any Gremlins figures from Gremlins 2: The New Batch yet and this figure would be a great start. I’m also wondering what her packaging box art would look like.

I should also mention that this figure is scheduled to be released in January next year. Here’s the press release from NECA:

Any fans of the Gremlins movies knows the rules: keep them out of sunlight, don’t get them wet, and never feed them after midnight. Break them, and your fuzzy, friendly little Mogwai will turn into a scaly, savage Gremlin.

After years of waiting, the highly requested Greta Gremlin is making her debut as the first Ultimate release from Gremlins 2: The New Batch. Standing approximately 6″ tall, Greta features a new head sculpt with synthetic hair and comes with interchangeable hands, a pink boa, and the hormone potion that transformed her into the only female gremlin.