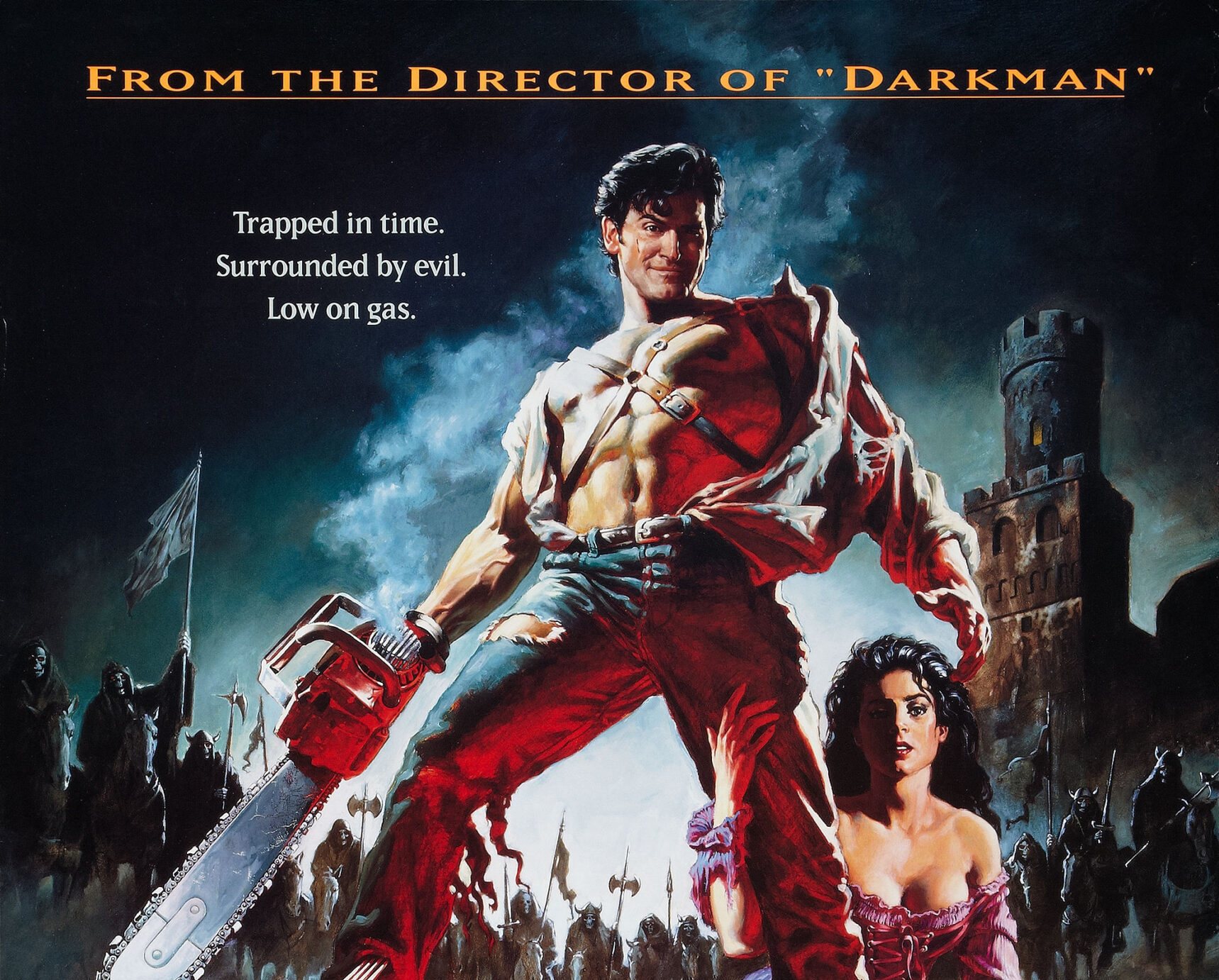 Just recently NECA announced they currently have eight horror Ultimate figures planned for next year. And as you know I’m a big fan of NECA’s Horror Ultimate Line and I have picked up most of the releases but I still have a few gaps in my collection that need filling as I don’t yet have Part 2 Jason, Part 5 Jason, Part 5 Roy, Halloween II Michael and TCM Leatherface.

This is the tweet NECA sent out the other night:

I’m guessing some of these will be for some licenses that they already have such as Friday The 13th and some for brand new licenses and I have to say I am very excited at the prospect of some other iconic horror license characters getting the Ultimate Treatment. So I have made a little list of horror film characters and icons that I would love to see get the Ultimate treatment.

A character I would really love to see get the ultimate treatment is Leprechaun from the Leprechaun films which starred Warwick Davis as the titular Leprechaun! I know that Sota Toys had planned to release a Lep figure in their Now Playing line and I have seen images of it and for it’s time it did look fantastic with a well diorama and a half-melted alternate head!

NECA has been releasing some fantastic smaller action figures in their Ultimate line such as Chucky, Annabelle, and Sam and Leprechaun would make a fine addition to the lineup. They could release a general ultimate Leprechaun like the first Chucky that they released a few years ago with alternate heads, hands, and accessories from the various films. I would rate Leprechaun up there with Freddy Krueger when the actor really makes the character and it’s long overdue in my opinion we get a figure of this cult classic character.

It’s been rumored for some time that NECA has re-acquired the license for the Lost Boys. Though no formal announcement has been made on what they plan to do with it. Years ago when NECA was releasing figures in their Cult Classics line they released figures of Michael and David with interchangeable pieces and dioramas and those figures really do hold up, especially the David one which has a great likeness to Kiefer Sutherland.

As you know this year NECA is launching their Back to the Future line this year which has been a complete surprise with how many Ultimate figures that they have revealed so far and they have further plans. And quite honestly I can see the same thing happening if they were to release a line of Lost Boys Ultimate figures. I could see them releasing figures of Michael, David, Sam, and Edgar Frog. I can see a figure of David coming with a human smiling head, a vampire head and a bloody vampire head, an interchangeable human and vampire hands and feet, the drink bottle, and a box of noodles. I am not sure if the line could expand beyond that with Star and the other vampires in David’s gang though, it would be pretty cool to see them on the shelves.

Elvira Mistress of the Dark-Elvira

I know that in the States Elvira is a household name as she is a horror host, but here in the UK she isn’t that well known. Then the other year Arrow Video released Elvira Mistress of the Dark on Blu-Ray here in the UK and I thought the film was a fantastic horror comedy and Cassandra Peterson was great in the lead role. NECA could release a figure of Elvira based on her appearence in the film or release a standard ultimate Elvira figure, though I think a Mistress of the Dark one would be better as she could come with more accessories.

I know that a lot of companies over the years have released merchandise of Elvira. but no one’s released an articulated figure of her. I could see how it would work with soft goods similar to how NECA has done its Ultimate Pinhead (he has a bendy wire in his skirt piece) and the upcoming Ghostface figure. It would be great to see her on the shelf with Freddy, Jason, Chucky, Michael, Ash, etc, and plus we don’t have that many female characters in the ultimate line, and Elvira would make a great addition to the lineup.

A figure that has been on many horror fans wishlist is a Macready figure from John Carpenter’s The Thing. I know that the Thing license has been a sore point for many manufacturing companies to release figures from. I know that in the early 2000s McFarlane Toys had the license for their Movie Maniacs line and released some of the Monsters from the film and that was that. Then Sota Toys released a dog pen monster set for their Now Playing line which commands a very high price on the secondary market.

Then a few years ago it was revealed that Pop Culture Shock had the license and that would be releasing a 6″ or 7″ figure of Macready but nothing came of it after they showed off the prototype which looked pretty good. Over the last few years, NECA has been releasing some excellent figures from John Carpenter’s films so they must have a good relationship with the film’s rights holders.

I know that Macready would be very popular as Macready is a great character and is one of Kurt Russell’s most iconic roles and we’ve never had an official articulated figure of him. I could imagine what the figure would look like and all the accessories he could come with such as a few interchangeable heads (head with hat and sunglasses, bearded (snowy) and normal head) and he could come with a small arsenal of weapons that he used in the film such as the revolver, shotgun and flamethrower and he could also come with a flame effect for the flamethrower as well as a bundle of dynamite and a blood Petrie dish.

I don’t doubt NECA would want to release some of the iconic monsters from the film which will also popular and I would love to see a figure of Childs too!

If your a fan of this site and the Youtube channel you know I’m a big fan of Bruce Campbell and I love the figures that NECA has released of him from his various roles over the years. My personal favorites being the Cult Classics Army of Darkness Medieval Ash and the Walmart Exclusive Evil Dead II Ultimate Hero Ash.

NECA has released some fantastic figures for Evil Dead II and Ash vs Evil Dead and I would love to see that trend continue with The Army of Darkness as I absolutely love the film and the film will celebrate its 30th anniversary in 2022. You could do multiple figures of Ash from the film such as:

The only other figures that I could possibly see NECA releasing in this line is a Sheila figure who would come with an interchangeable evil head and hands as well as the pike weapon she uses in the film. The other figure that I could see possibly see is a Pit Witch from the beginning of the film and I think these would be more standard releases more so than Ultimate figures as they wouldn’t come with as many accessories.

I’m a big fan of Fright Night and one of the main reasons is because it features one of my favorite actors Roddy McDowall in one of his best roles as Peter Vincent the horror tv host turned vampire hunter. I can picture perfectly in my head how this figure would look. Peter Vincent would be dressed in his suit and coat from the end of the film which really does make him look like a vampire hunter! He would come with three interchangeable heads a normal facial expression head, a surprised facial expression head, and a stern serious head from the finale of the film and accessory wise he would come with some interchangeable hands, a small mirror, a revolver, a bottle of holy water, two crucifixes and a makeshift stake from the finale of the film,

I know that the other characters are more important such as Charlie, Evil Ed, Amy, and Jerry Dandrige but none of those are as iconic to me as Peter Vincent and not many of those have as much figure potential (though I can see figures of Evil Ed, Amy and Jerry would make great figures as they could come with interchangeable human and vampire pieces)

Of course, I have more ideas but I don’t want to put them all in one post so you’ll definitely see other posts like this in the future. If you have any ideas of your own feel free to post them down in the comments below!