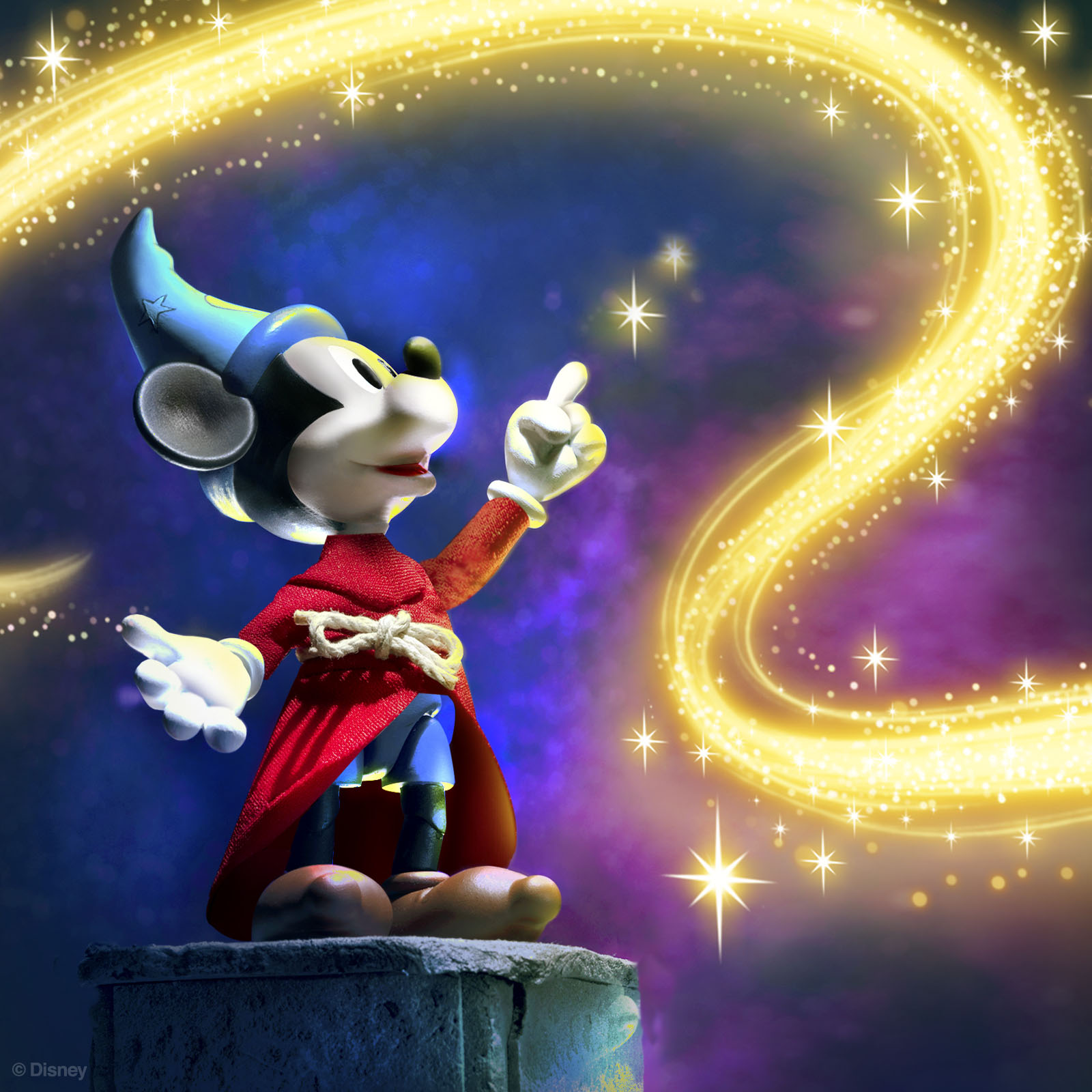 Earlier this week Super 7 announced their partnership with Disney to produce Ultimate Disney figures! Which did take everyone by surprise including myself. The first three figures that they have announced for the line are Sorcerer’s Apprentice Mickey Mouse, Pinocchio, and Prince John.

I really do love the look of the figures. They have recreated the look of the characters from the classic animated films perfectly. They do come with a lot of accessories as well and I am very happy that Prince John comes with two versions of Sir Hiss and interchangeable hands with and without rings.

Pinocchio comes with alot of accessories and I am very happy that comes with Jiminy Cricket, Cleo’s fishbowl and Figaro the cat. These figures look very articulated and I am very impressed that they come with soft good parts and they intergrated very well, I didn’t know they had them till I looked closer at the figures,

Much like the Ultimate TMNT and Thundercats figures which I really love the look of but I can’t really get hold of here in the UK. I know it’ll be a similar problem getting hold of these unfortunately.

What do you get when you cross a fanatical bunch of toymakers with one of the most imaginative brands on earth?

We are thrilled to announce the beginning of what we imagine will be an amazing creative partnership between Super7 and our childhood heroes over at Disney. It begins today, with the launch of our first three Disney collectibles: a trio of Ultimates! Figures commemorating some of our favorite characters from the formative years of the Magic Kingdom. It will continue with…well, you’ll just have to wait and see.

Ultimates! Figures are the perfect medium for our Disney launch. They provide an opportunity to serve up all bells and whistles; the ability to create something truly unique for both the Super7 and Disney obsessive fan. Our approach, as with everything, was to dig beneath the surface to find the spirit and the angles that allow us to make the toys we always wanted. The details expressed in each Ultimates! Figure are unrivaled; exactly what you want when you’re working with the classics. And the care taken to create each? That, too, is on another level.

As to who gets this very special treatment, we dove deep and emerged with a few that have always held a special place in our hearts. Ones that represent the Super7 way of looking at the world. Here’s the exclusive lineup:

Sorcerer’s Apprentice Mickey Mouse
From the timeless animated classic Fantasia comes Mickey Mouse, in the role that captured our imaginations as far back as we can remember. We used that same kind of big-dreaming, hustle, know-how, and a little bit of magic to bring this little marvel to life. Our first Disney toy ever is super-poseable and features three interchangeable expressive heads, interchangeable hands, two water buckets, animated broom, axe, and the Sorcerer’s giant spellbook. The Ultimates Sorcerer’s Apprentice is also dressed in a tailored, velvety-soft wizard robe with a real rope tied waistband.

Pinocchio
One of the darkest, wildest, most incredible stories ever set to animation cels, Pinocchio gave us nightmares for years and a hard-won set of lessons for the rest of our lives. The puppet with a penchant for tall tales and a curiosity for life reflected our deep yearning for adventure, and to fit in – perfectly telling the tale of becoming the person you’re meant to be. Super7’s Ultimates! Pinocchio is a super-poseable action figure with 3 interchangeable heads showing his growing nose, interchangeable hands, his conscience Jiminy Cricket (of course), school book, axe, apple, Cleo’s fishbowl, Figaro the Cat, and a smart fabric vest with gold trim.

Prince John
Truly one of the great cartoon villains, Prince John, and his maneless, spineless monarchy is a masterclass in political mismanagement; one he pays dearly for. Particularly with Robin Hood stealing John’s resources any time his back is turned. The Prince John Ultimates! super poseable action figure features three interchangeable heads, interchangeable hands with and without the jewels of his rings, two versions of the slithering assistant Sir Hiss, a vanity mirror, and a luxurious, plush velvet regal robe with fur trim.

All three characters are now available at preorder.super7store.com. They can be purchased individually at $45 or in a set for $135 from August 5th to September 5th.

Once again, we’re thrilled that Disney has given us this rare opportunity to bring our point of view to characters and experiences that helped define our own childhood. We hope you like them—and we can’t wait to show you what else we’re making from our favorite Disney moments from film, TV, and Parks.

Balan Wonderworld Arrives On March 26, 2021
The Next Twilight Book: 5 Things Stephenie Meyer Has Said About What She’s Working On
This Week on Xbox: September 25, 2020
Jack Goes Home (2016)
The Boys Star Laz Alonso Opens Up About THAT “Love Sausage” Scene