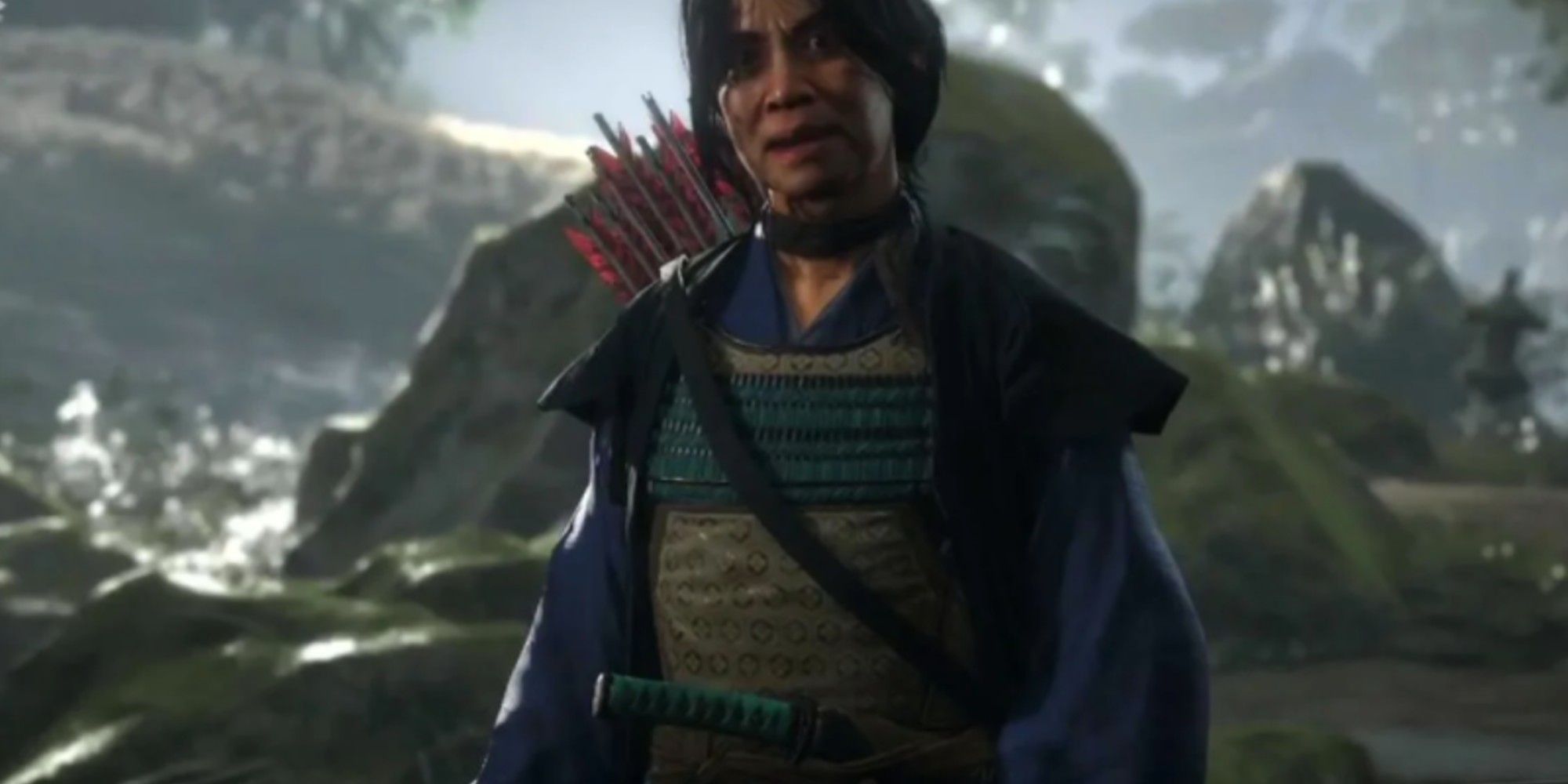 Lady Masako is one of the main non-playable characters in Ghost of Tsushima, and while the game reveals a lot about her backstory, it’s easy to miss the fact that her husband wasn’t her only lover. When confronting a former servant who stands accused of betraying her family, Lady Masako reveals the two of them were romantically involved.

Throughout the course of the game, Jin Sakai helps Lady Masako avenge her family’s deaths. During the night of the invasion, she lost her entire family. Her husband was killed by Khotun Khan, while her sons were killed by other Mongols. The remaining members of her family, including her grandchildren, were killed by traitors.

RELATED: Why Ghost of Tsushima’s Standoff Mode Is So Satisfying

Lady Masako is understandably hell-bent on seeking revenge for her family in Ghost of Tsushima’s world. Because of this commitment to family, it’s surprising when a brief moment of dialogue reveals that she had a same-sex lover, a secret that almost ruined her family when it got out. Still, given that this detail is revealed only during a brief conversation, it’s an easy aspect of Masako’s story to miss.

Who Is Lady Masako’s Secret Girlfriend In Ghost Of Tsushima?

While tracking down those responsible for the deaths of her family members, Lady Masako learns that a former servant, Mai, betrayed her. She tells Jin Sakai she needs a moment to speak with Mai alone. When she asks Mai how she could betray her by stealing her family’s heirlooms, the young servant replies, “I didn’t. You betrayed me. Turned me away.” Masako tries to reason with her, saying that she may have turned her away, but her husband wanted her beaten. “He knew,” Masako tells her, implying that the two of them had a romantic relationship that was discovered by her husband. Mai then tells Masako that she should have left with her rather than abandoning her and staying with her husband.

Masako replies by emphasizing how important her lineage – and reputation – is. Had she ran away with her lover, she would have defamed her family’s name. “I was the lady of Clan Adachi, and you were a thief,” Masako says. Mai responds by telling Masako that she still loves her, but Masako is only interested in one thing – finding out who Mai works for, so she can discover who’s responsible for her family’s deaths. Mai initially refuses, saying she fears for her life if she reveals the person’s identity. But Masako says she’ll protect her, leading Mai to agree to tell them what she can.

Mai says she doesn’t know the samurai’s names, explaining, “I never saw his face. He communicated only through notes. He knew about us, My Lady […] He said he knew what it was like to love you, that he understood my pain.” Masako stutters when she tries to say that Mai is the only woman she’s ever loved, but Mai interrupts her to say that the person was mainly interested in the heirlooms. Mai leads Jin and Masako to the heirlooms, hidden in the brush. While Jin collects the heirlooms, Masako asks Mai why she tried to sell the mercenaries her comb, to which Mai says she was just trying to keep the heirlooms safe. Masako instructs her to keep the comb as a way to remember her before they part ways. “I cared for my husband, but I cared for Mai, too,” Masako later tells Jin. “I think I always will,” she said when he asks if she still has feelings for her. Lady Masako’s romance with Mai is an important (and touching) detail in her quest to avenge her family’s death in Ghost of Tsushima.

NEXT: Ghost of Tsushima Is Just Another Red Dead Redemption Game (& That’s OK)

Alexandra is a freelance writer and editor based in Montreal. She enjoys being a plant mom, complaining about politics, and spending too much time playing Rockstar games.