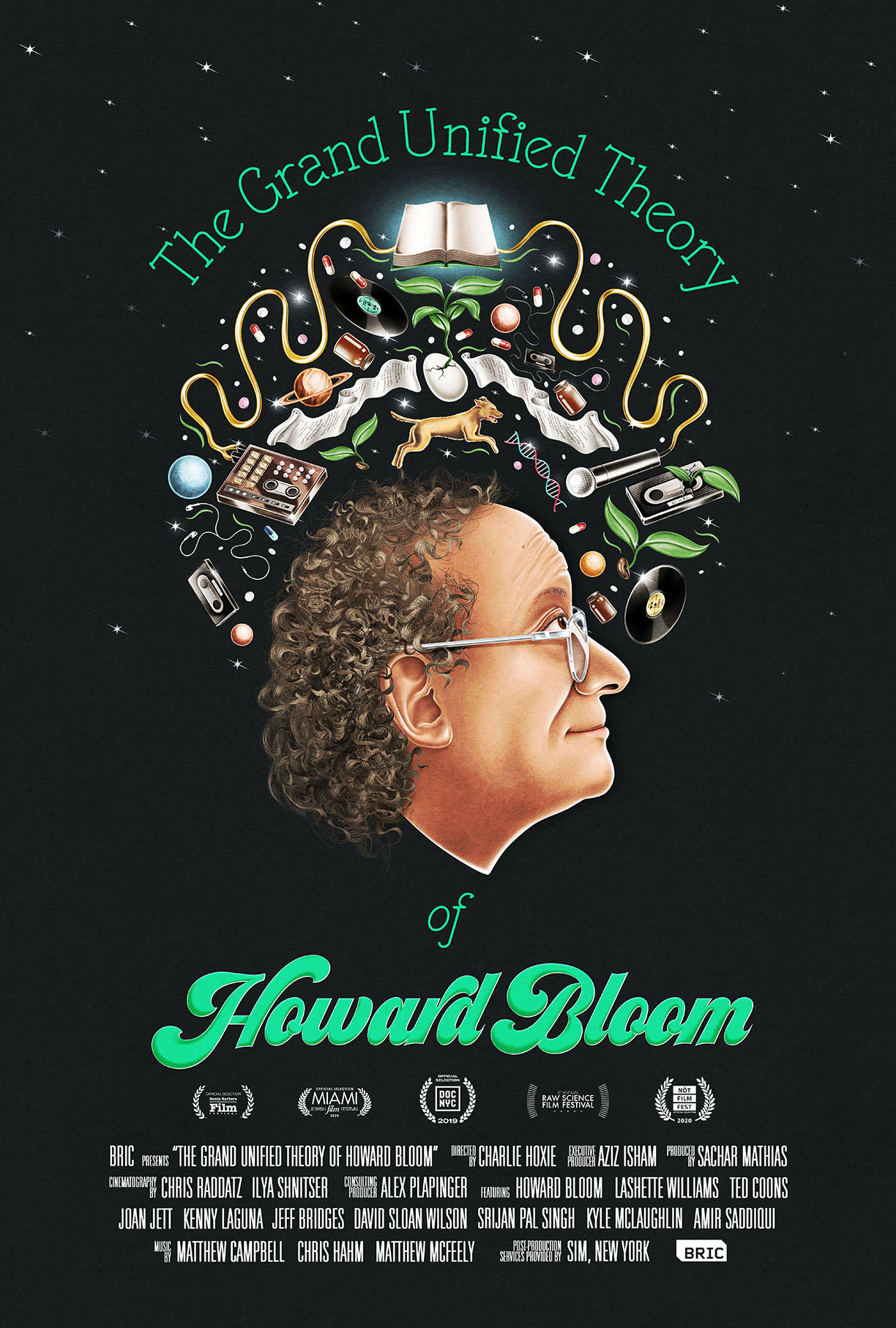 “The Grand Unified Theory Of Howard Bloom” feature-length documentary film (https://www.bricartsmedia.org/tv-shows-videos/grand-unified-theory-howard-bloom) has been accepted by its first international film festival—the Not Film Fest in Italy. in late August.  The film will enter general release in the United States July 21st.

In the 1980s, Howard Bloom ran the biggest PR firm in the music industry, with an epic client list that included Michael Jackson, Prince, Bob Marley, Billy Joel, Queen, and Joan Jett. But in 1987, he disappeared, struck down by a rare disease that left him bedridden for fifteen years. He went back to his roots, microbiology, theoretical physics, and psychology, and eventually resurfaced–this time as an original scientific thinker, putting out one book after another, each work connected in a quest to understand humanity’s place in the cosmos. Now 77 years old and feeling stronger than he was when he was 19, Bloom believes he’s figured out what the universe wants from each of us; he just needs to get it all down in the time he has left.

About the Director:  Charlie Hoxie is a filmmaker and editor based in Brooklyn, NY. As a staff producer for BRIC TV, an arts & cultural organization in Brooklyn, he has won three New York Emmy awards for his work. In 2017, two short films edited by Hoxie, “Hairat” and “He Who Dances On Wood”, premiered at the Sundance Film Festival and Hot Docs Film Festival, respectively. In 2018, Hoxie directed and edited the short documentary “Coach Nison”, which premiered at the 2018 Big Sky Documentary Festival. “The Grand Unified Theory of Howard Bloom” is his first feature-length film.

“What a terrific film. Wonderful to hear Bloom speak about his passion for life and the intergenerational contract that binds us in perpetuity.”  Mardi Ellen Hill, two-time National Endowment for the Arts grant winner.

“Terrific accomplishment. Howard Bloom should feel very proud and pleased. It’s a great opportunity for a whole new audience to learn about Bloom. The place was totally filled and the everyone loved it.”  Joel Sebold, Director of Research and Data Science, Refinitiv

“A remarkable film, and I’m looking forward to the next. I salute Howard Bloom’s journey towards immortality and praise Bloom for inspiring so many in such a genuine, passionate, and novel way.”   Rebecca Feynberg,  Adjunct Professor of Music Technology, New York University

“Tonight’s best destination!  Impressed. It was so enjoyable. Howard Bloom being one of the most amazing characters I know.” Ken Schaffer, inventor of the wireless guitar, former head of publicity for Jimi Hendrix’s record company, Douglas Records.