For years now horror has not just been associated with Halloween, but has been celebrated throughout the entire year. The horror genre contains some of the most iconic films in cinema history. From Alien to The Haunting, many horror movie scenes have become permanent and memorable parts of the public consciousness.

The genre has also expanded into many different industries with scary video games, horror inspired tattoos and artwork. There are also clothing, collectibles, and merchandise ranges available, along with 18+ spooky-themed slot games at sites like Slot Boss to play, including titles such as Trick O Treat, Ooh Ahh Dracula, and Vampire Desire.

Over the years there have been many good horror films and far more bad horror films. The question is, what separates the good horror film from the bad? Why are films like The Exorcist still talked about today while others fall into obscurity? 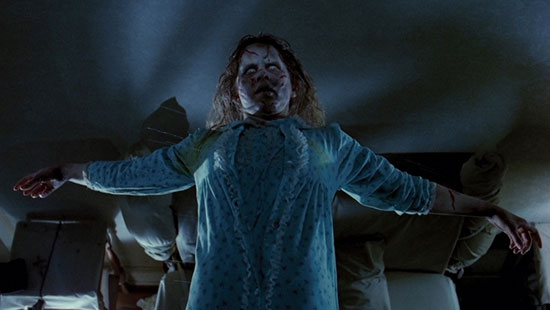 The best horror films rely on three key elements: a sympathetic and well-written cast, a monster or other effective threat, and a tension and release cycle that builds over the course of the film. However, there is of course more to it than that when looking at films on a case-by-case basis.

Jaws would not have made everyone afraid to enter their own swimming pools without its excellent sound design and musical composition.

These three tenants lie at the centre of every good horror film and fans of the genre will always be able to identify how the classics handle each one.

Horror films centre around some kind of existential threat to a cast of sympathetic people. During the film’s events, the characters will be placed in danger and some may even die.

Many horror films need to have a strong and likable lead character who is determined to survive the story. Some of the best horror movies of 2020 so far include The Invisible Man starring Elisabeth Moss who plays a great lead character. In The Invisible Man, Moss plays a character who is at a loss when a mysterious invisible being starts to torment her. However, determined to overcome this hidden villain, her character will stop at nothing to catch them.

The best horror films spend time with the characters before introducing the threat, letting the audience get to know them first. The characters’ personalities and the interplay between them go on to create some of the best scenes in their respective films, even outside of the horror moments. It is a certainty that Alien would not be as culturally significant as it is today if the crew’s personalities had not been so well written.

Of course, one of the key features in any great horror film is an awesome monster and/or villain. In order to place the characters in real horror situations, a good horror movie needs a believable threat.

To pull off a terrifying and memorable evil character, the villain not only needs to be well written but also needs to be played by a convincing actor too. Over the years some of the greatest horror actors that have starred as iconic horror film villains are Sir Christopher Lee (Dracula), Robert Englund (Freddy Krueger), and Tobin Bell (Jigsaw).

One of the most important things any good horror movie will do is hide its monsters early on in the film and not reveal the threat so quickly. Stephen King, one of the world’s most famous horror writers, said that the problem with showing the audience a 20-foot spider is that they can then ask why the spider was not 30 feet instead.

People’s minds are much better at creating threats when they’re left to imagine what might be lurking in the dark where they cannot see it. This is why the very best horror films will rely on sounds and the implied presence of something rather than letting it spend time on the screen where the audience can see it.

Some of the best horror films follow a cycle of building tension and then releasing it. This can occur several times before the film’s climax and the threat is confronted or later eliminated. The resolution can come in many forms, the most popular is often to use something like a jump-scare to quickly show the audience the monster and confirm their fears before hiding it again.

As more characters are attacked and sometimes killed off, the threat to those that remain increases. Some of the best horror movie jump scares you didn’t see coming include classic moments from REC (2007) and the end of Carrie (1976).

However, while rising tension lets the audience feel afraid, if it is never resolved then the threat can start to lose credibility with the audience. If the monster is shown too often then tension is never allowed to effectively build and the sense of horror is lost. Alternatively, the tension can be dispelled in other ways. The audience can be fooled into thinking that the monster is about to jump out at any second before an anti-climax dispels everything with the sudden appearance of a friendly character who was previously offscreen. Clever filmmakers can then use tricks to subvert this subversion, dispelling the tension with an anticlimax only to have the monster appear anyway a few seconds later.