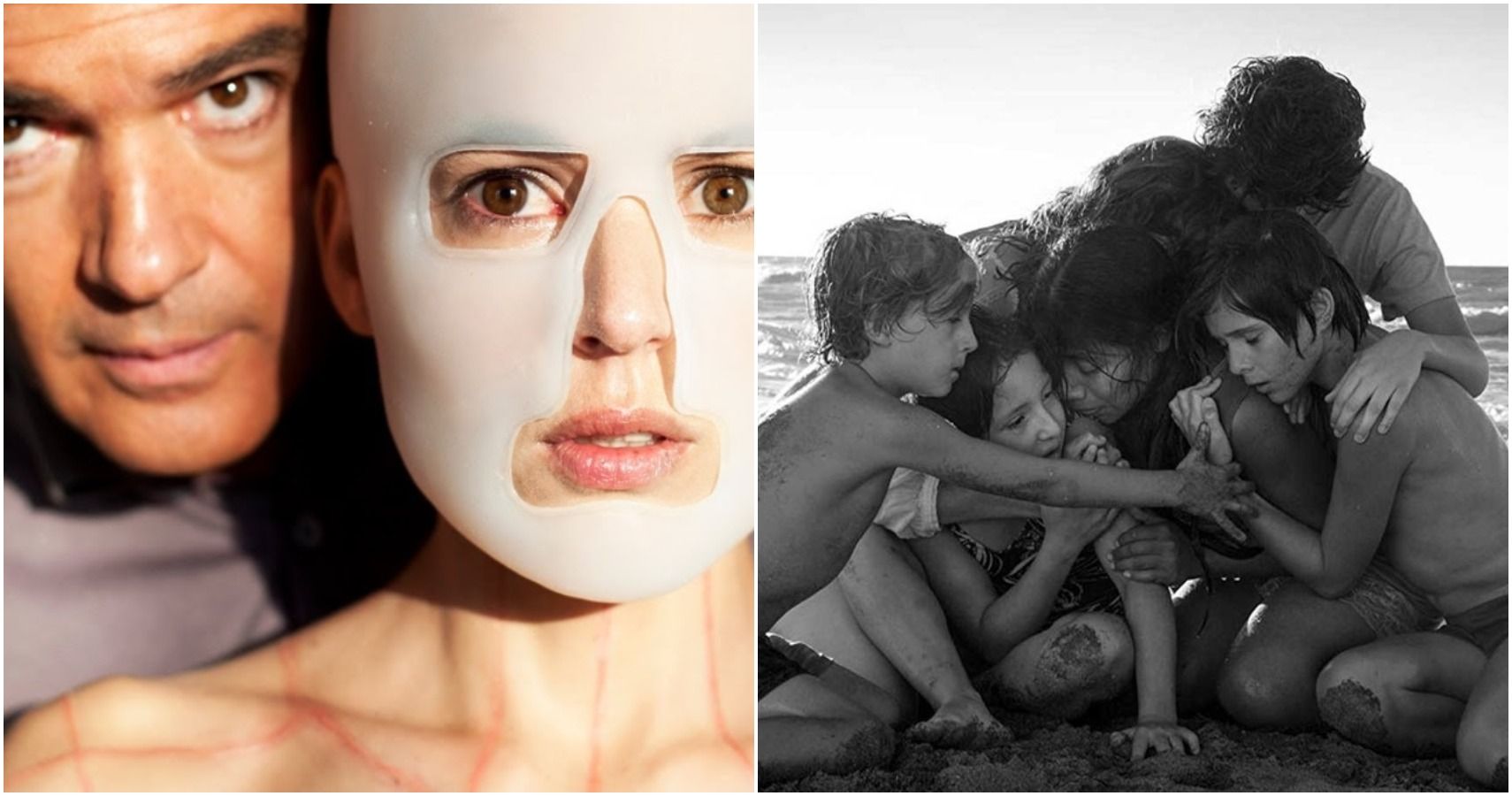 The last decade has been a little low-key for international movies, although that does not mean there are not plenty of critically acclaimed foreign films to see. Over the last 10 years, Spanish cinema has flourished, with some of the world’s top filmmakers coming from Spain and Mexico. However, that isn’t the only place to find world-class international movies.

The past decade also saw several high-quality animated films from Japan, critically acclaimed horror and action movies from Hong Kong, and some groundbreaking dramas from other Asian countries as well. Here is a look at the 10 best international films of the last decade.

Updated on May 30, 2020, by Shawn S. Lealos: While looking at great international movies, there are so many to choose from. Cutting it down to 10 is a crime for anyone who loves world cinema. When looking at the best of the best, there is everything from horror and dramas to comedies and even comic book adaptations and thrillers. With so much to choose from, movie fans might want to find more movies from all over the world to enjoy, from Korea and France to everywhere in between.

Just when fans thought the zombie genre was tired and played out, Yeon Sang-ho created the amazing Train to Busan. Released in 2016, the film follows a father and daughter as the zombie apocalypse starts. The two are growing apart due to the divorced father being a workaholic and the young daughter wanting to spend her birthday with her mother instead. As he takes her to the train station for her trip to Busan, the outbreak starts and the two find themselves on the train, fighting for their lives.

Blue is the Warmest Color was released in 2012 out of France, and what many people might not realize is that the story is based on a comic book. In a world of superheroes or otherwise otherworldly threats, Blue is the Warmest Color instead is a drama about a French teenage girl who discovers passion and desire when she meets an aspiring female painter and they start a relationship that leads them into their adult lives. The film won the Palme d’Or at Cannes.

Released in 2012 by Michael Haneke, Amour was a 2012 romantic tragedy from France. The film is about an elderly couple, Anne and Georges, who are both retired music teachers. Their daughter lives abroad and when Anne suffers a stroke that paralyzes the right side of her body.

With a promise not to send her to a nursing home, Georges begins to care for her while she comes to the realization she no longer wants to live. The film won Best Foreign Language Film at the 2013 Academy Awards and also received a nomination for Best Picture, Best Director, Best Actress, and Best Original Screenplay.

Released in 2010 by director Denis Villeneuve, Incendies is a thriller film that was adapted from a stage play of the same name. The story follows two Canadian twins who travel to the Middle East to discover their mother’s past during a bloody civil war. The film received a nomination for Best Foreign Language Film at the Oscars and set out Villeneuve for massive success, as he followed it up with films like Prisoners, Arrival, and Blade Runner 2049.

Not all critically acclaimed foreign-language films need to be dramas. 13 Assassins was a samurai martial arts film released in 2010 directed by iconic Japanese film director Takashi Miike. It is a remake of a 1963 film by the same name and sets the events in the year of 1844 where 12 samurai assassins and a hunter plot to assassinate the leader of a clan. The film picked up 10 nominations at the Japan Academy Prize and won four of them.

Alfonso Cuaron made his labor of love Roma in 2018 thanks to the rise of Netflix in the movie world. Much like Scorsese in 2019 with The Irishman, Cuaron was unable to find financing until Netflix came along for what was a semi-autobiographical film about his childhood upbringing in Mexico City.

Shot in beautiful black and white, the film was a massive success. It won the Golden Lion in Venice and then went on to pick up 10 Oscar nominations, almost unheard of for an international movie. It was the first Mexican film to win Best Foreign Film, and Cuaron also won Best Director.

A second world-class Spanish filmmaker on this list, Pedro Almodovar directed the movie The Skin I Live In in 2011. This film starred Antonio Banderas as a plastic surgeon who developed an artificial skin resilient to burns but is discredited when the truth arises that he used unethical experimenting.

However, the surgeon has hidden a lot more than anyone ever could have believed. The film picked up a Golden Globe nomination for Best Foreign Language Film and proved that Almodovar might be the Spanish equivalent of Alfred Hitchcock.

Park Chan-wook is a South Korean director that has released some of the greatest international movies since he broke out in the 2000s with the Vengeance trilogy. However, in 2016, he went for something a little more psychologically disturbing with The Handmaiden.

This international film was based on the novel Fingersmith, with the location changed from Britain to Korea. The film focuses on two women, a Japanese Lady on a secluded estate, and her handmaiden, planning to defraud her of her inheritance.

Always count on Japan to release an animated film that will end up as one of the top international movies of the decade. In the last decade, the best of the best was the Makoto Shinkai movie Your Name. This film hit in 2016 and told the story of two high school students who swap bodies.

Switching bodies creates a spiritual connection between them, which becomes complicated when they decide to meet each other in person. Only Spirited Away made more money in Japan, and it has a high 97% fresh rating on Rotten Tomatoes.

Released in 2011, The Intouchables is a French comedy-drama about a quadriplegic, wealthy aristocrat named Philippe who hires a young man named Driss to be his caregiver. While Driss turned out to be an ex-convict, Phillipe keeps him on because he doesn’t treat him with pity.

Based on a real relationship between two men, the movie showed how unorthodox treatment might be the best therapy. The film sat in the top spot on the French movie charts for 10 weeks, and broke the record in the United States as the highest-grossing foreign-language film.

In 2011, Gareth Evans created one of the most visually dynamic action films in international movie history when he directed The Raid. The Indonesian action film told the story of an elite police strike force sent into a high-rise building to bring down a crime lord.

The film then showed almost non-stop fight scenes, with fantastic choreography during fights in hallways and staircases between the police and the criminals in the building, with very creative and inventive shots. A sequel came three years later.

In 2010, Kim Jee-woon directed the South Korean action thriller I Saw the Devil. Lee Byung-hun stars as an NIS agent who sets out seeking revenge after his fiancé dies at the hands of a violent serial killer. However, considering that Jee-woon was the same director who made the creepy horror movie A Tale of Two Sisters, this one had a lot more under the hood.

The film plays out as a relentless chase movie, and both the NIS agent and the serial killer are frightening. With one a deranged killer and the other someone who will do anything for revenge, there isn’t anyone to cheer for by the end.

The newest movie on this list is Parasite, the 2019 South Korean film that is the frontrunner for the Oscar for Best Foreign Language Film. It received six Oscar nominations, including a Best Picture nomination and a Best Director nod for Bong Joon-ho.

The film tells the story of a poor family who lies to get jobs working for a wealthy family in different positions without anyone knowing they are related. The film then shows the differences between the haves and have-nots as they all use each other to achieve their own goals.

Released in 2012, The Hunt is a Danish drama by director Thomas Vinterberg and starring Mads Mikkelsen. The movie has Mikkelsen as a male teacher who is targeted by people in his town around Christmas when he is falsely accused of sexually abusing a kindergarten child.

Mikkelsen was fantastic in his role and won the Best Actor Award at the Cannes Film Festival. It was critically praised and ended up nominated for both the Oscar and Golden Globes Award for Best Foreign Language Film. It currently has a 94% fresh rating on Rotten Tomatoes.

One of the most successful independent movies of all-time is the Iranian film A Separation. The Oscar Award-winning movie for Best Foreign Film, the first Iranian movie to ever win the award. The film is a drama about a couple who separates and the struggles they face in the strict Iranian culture.

The film has almost universal acclaim with a 99% fresh rating on Rotten Tomatoes. It was the best-reviewed movie from critics of 2011. The film deftly approaches every side of the conflict in one of the greatest marriage dramas in cinema history.

NEXT: 10 Best International Movies From The 1960s

Shawn S. Lealos is a freelance writer who received his Bachelor’s degree in Journalism from the University of Oklahoma with a minor in Film Studies. He has worked as a journalist for over 20 years, first in the world of print journalism before moving to online media as the world changed. Shawn is a former member of the Society of Professional Journalists and the Oklahoma Film Critics Circle before relocating to Texas and has work published in the Daily Oklahoman, Oklahoma Gazette, Vox Magazine and Loud Magazine and on websites like The Huffington Post, CBS, Time Warner Cable, Yahoo, The Movie Network, Chud, Renegade Cinema, 411mania and Sporting News. Shawn is also a published author, with a non-fiction book about the Stephen King Dollar Baby Filmmakers and has begun work on a new fiction series as well. Visit Shawn Lealos’ website to learn more about his novel writing and follow him on Twitter @sslealos.

Supernatural: How Time Works In Hell (Based On When Dean Was There)
Pentagon inspector general to investigate decision to move U.S. Space Command to Alabama
Do You Love Books and Hate Racism? Check out the KidLit Against Anti-AAPI Racism Auction Fundraiser
Nintendo Direct shows off STAR WARS: HUNTERS, MARIO GOLF, ZELDA remake
Hearthstone expansion Forged in the Barrens is the first expansion for Year of the Gryphon