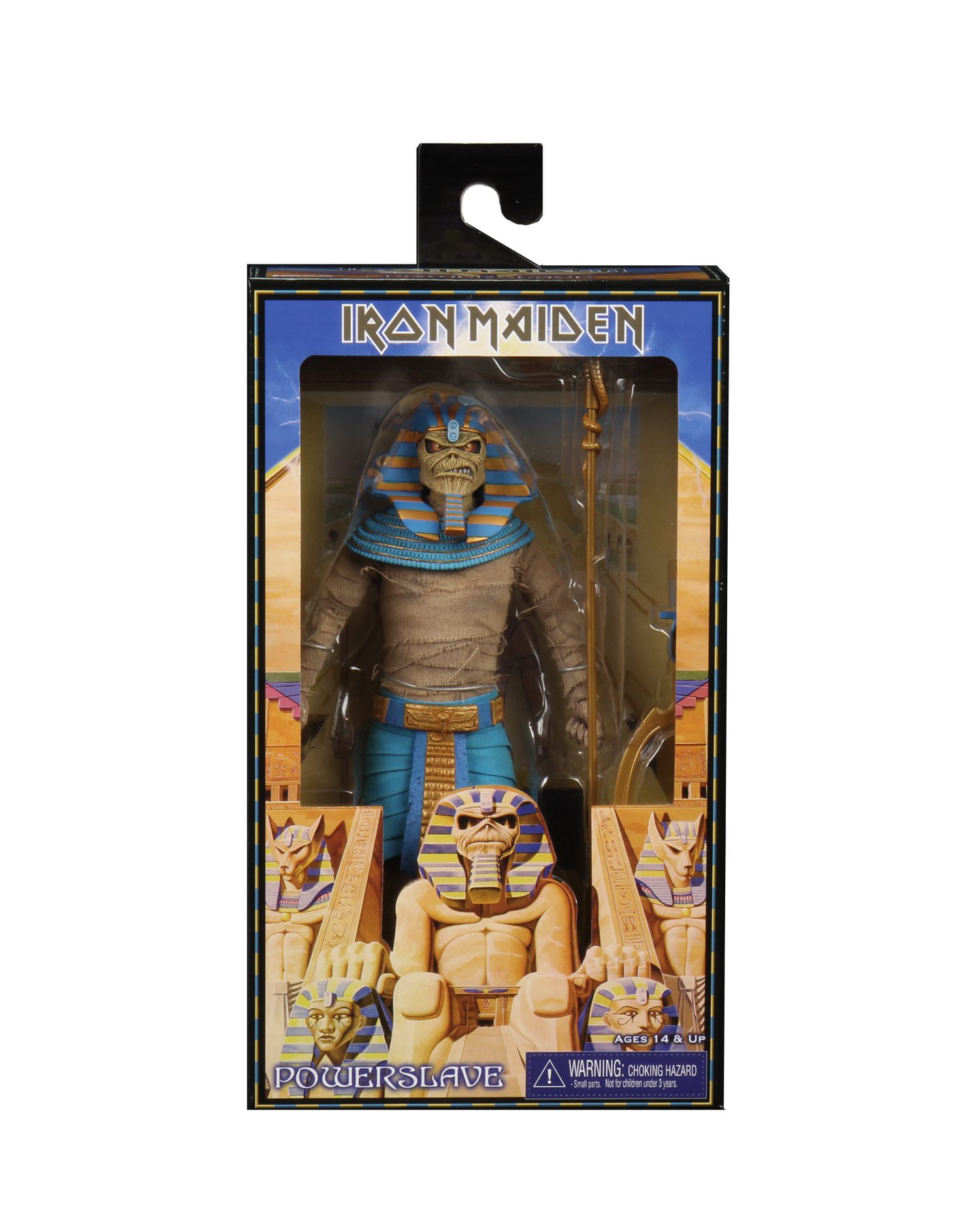 Earlier this year NECA revealed the next figure in their Iron Maiden 8″ Retro figure series. The next one being the Powerslave Eddie figure! When I first saw this figure earlier this year I was really impressed with the look of the figure.

I’m a fan of Iron Maiden, though at the moment I don’t own any of the 8″ Iron Maiden figures by NECA and I have always been tempted by them. I would love to get my hands on the Trooper and 2 Minutes to Midnight figures that they have released.

You can easily get the Trooper as NECA re-released that fairly recently in similar packaging to this one instead of the more traditional bubble cards the retro figures come on. I do hope that they release the 2 Minutes to Midnight Eddie in similar packaging down the line as he demands a high price on the secondary market. I have to say I really love the packaging to these re-releases and I would be tempted to hold onto them like the art cards with the other retro releases.

As you can see like the other retro Iron Maiden figures that NECA has released, this figure of Eddie is highly detailed. I especially love the detail in the bandage wraps and the Pharoah regalia and I really love the face sculpt too! The accessories are very well detailed too and look fantastic and the detail at the top of the staff is excellent!

This figure should be hitting stores soon stateside and hopefully, it won’t take too long to hit UK shores. This figure is a must-have if you’re an Iron Maiden fan!