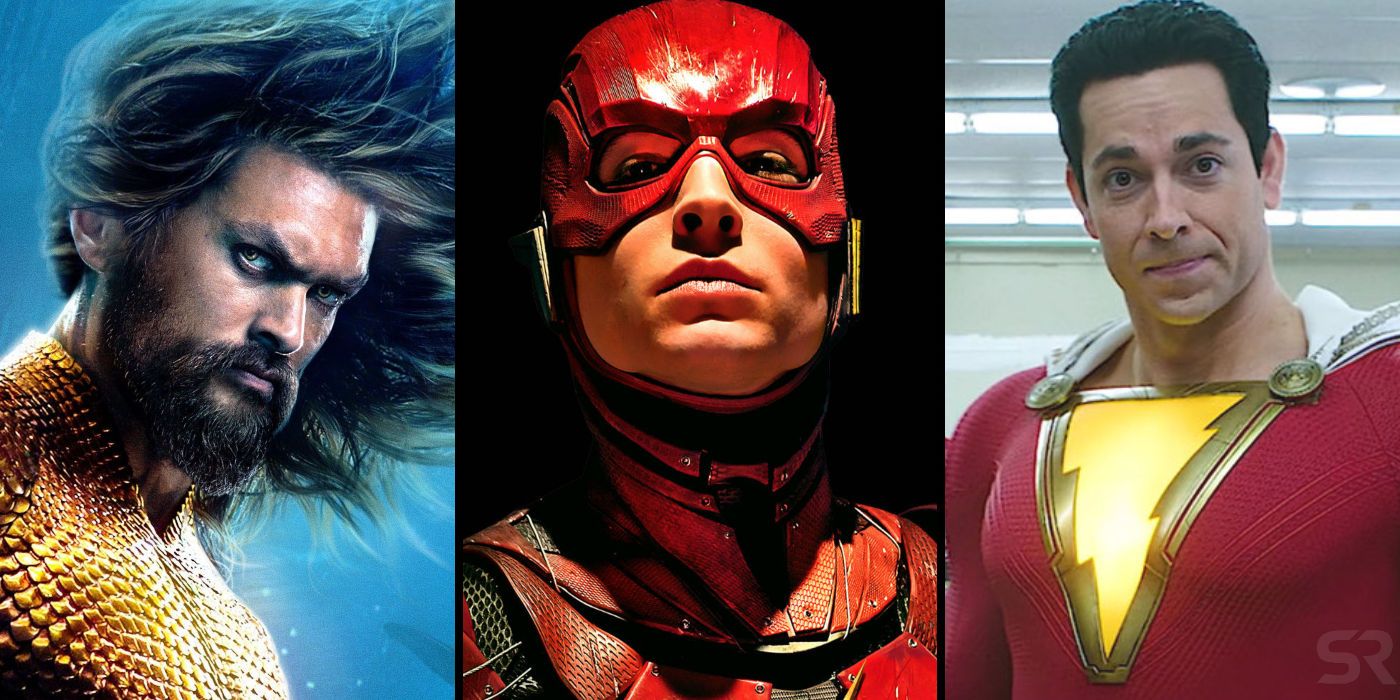 DC Films has four movies releasing throughout 2022, which makes it their busiest lineup yet. In 2016, Warner Bros. launched the DC Extended Universe with Batman V Superman: Dawn of Justice and then quickly followed that with Suicide Squad. From then on, they planned on releasing two movies a year, but things changed post-Justice League, and so, they took a step back to regroup. But now that things have started to ramp up again, DC Films appears to want to release at least three live-action movies a year in the near future.

There were warning signs that the DCEU, despite the success of Wonder Woman, was in trouble when its biggest and most talked-about film, Justice League, failed to meet box office expectations in 2017, but recent releases have shown that DC is correcting its mistakes, and is currently in good shape. Aquaman, which hit theaters in December 2018, raked in a whopping $1.1 billion at the worldwide box office, thus proving without a shadow of a doubt that DC no longer needed to rely solely on cash cows like Batman and Superman. Aquaman was followed by Shazam!, a movie which was produced with a smaller budget. At $364 million, it was a modest hit for DC, and another sign that they were moving in the right direction. Its most recent release, Joker, a film that isn’t part of the DCEU, became yet another $1 billion blockbuster for DC and Warner Bros.

Related: DCEU Is Giving A Lot Of Green Lantern Actors A Second Chance

The successes that DC has experienced just over the last two years have given them the confidence to come up with a packed slate of nine movies set to release between 2020 through 2022. Similar to Marvel, DC has only one more film – Wonder Woman 1984 – scheduled for 2020. 2021 stands to be much busier with The Batman, The Suicide Squad, and Black Adam. Not to mention the long-awaited Snyder Cut of Justice League on HBO Max. Interestingly, DC is upping the ante in 2022 by scheduling a total of four theatrical movies, something that the MCU also won’t attempt until 2022. That being said, it’s worth noting that one of the four is an animated movie, which would understandably be produced on a significantly smaller budget. Here’s every DC movie coming in 2022.

Previous films are proof of DC’s willingness to experiment with movies outside the norms of the superhero genre. Shazam! was an action-comedy about a kid who could transform into an adult superhero, and Joker was an origin story about one of DC’s most ruthless and psychotic murderers. However, DC Super Pets may be the studio’s strangest movie yet. As the title implies, it will focus on the animal sidekicks of their super-powered owners. Characters haven’t been announced, but it’s expected to include characters like Krypto the Super Dog from Superman comics and Streaky the Super-Cat. The film will be directed by Wreck-It-Ralph co-writers Jared Stern and Sam Levine. Since Cartoon Network had a DC animated series of the same name, it’s possible that the film will be an adaptation of that, or it could just be based on the Legion of Super-Pets team from the Silver Age of DC Comics.

Of all the movies that’s on DC’s slate for 2022, none have been in the works longer than The Flash. In fact, it was announced only a week after the premiere of The Flash TV series on The CW in 2014. There were several delays, as multiple directors, such as Seth Grahame-Smith, Rick Famiyuma, and Jonathan Goldstein and John Francis Daley, have dropped out of the project, all reportedly due to creative differences. The problems with getting the film to move forward, as well as the failure of Justice League, have caused some to wonder if DC would pull the plug on The Flash, but this is apparently not the case. Finally, Andy Muschietti was brought on to direct in July 2019.

The Flash is expected to begin filming in 2021, and will release on June 3, 2022 - four years after its initial release date of 2018. The movie will star Ezra Miller as the Barry Allen incarnation of the Flash. Ezra Miller was originally cast as the character for Batman V Superman: Dawn of Justice, a role which he reprized in Justice League, this time playing a much more important role in the story. The Flash is expected to have high stakes, since it could potentially be based on Flashpoint, a large-scale story that saw Barry change the face of the DC Universe when he used time travel to undo his mother’s death.

DC unleashes the sequel to 2019’s Shazam! in November, which means it will release nearly a whole year after Black Adam, which is scheduled for December 2021. Black Adam, played by Dwayne Johnson, won’t meet Zachlary Levi’s Shazam in his solo movie, but a fight or crossover of some kind is certainly a possibility for Shazam 2. The movie will likely see the return of the Marvel/Shazam Family, and the post-credits scene suggests that Mark Strong’s Dr. Sivana could once again play a villainous role. One difference here is that Dr. Sivana may not be the main antagonist the second time around, since Golden Age Shazam villain Mister Mind was introduced in the same scene.

Aquaman was such a massive hit for DC that a sequel seemed guaranteed, and just two months after its release, Warner Bros. confirmed that Aquaman 2 was in development, with James Wan expected to return as director. The only surprise so far about the announcement of the sequel is that it will release four years after Aquaman. Like its predecessor, Aquaman 2 has a holiday release date. Releasing on December 16 will surely benefit the sequel, as it will be able to take advantage of the Christmas crowd.

Aquaman 2, which could begin filming in mid-2021, will see Jason Momoa return as the King of Atlantis, along with Patrick Wilson as Ocean Master and Yahya Abdul-Mateen II as Black Manta. What the movie has in store for audiences isn’t clear, but the story is already “locked“, according to Momoa, who also claims to have been involved in the creative process.

Nicholas Raymond is a staff features writer for Screen Rant. He has a degree in journalism from the University of Montevallo. He is the author of the psychological thriller and time travel novel, “A Man Against the World.” Nicholas’ love for telling stories is inspired by his love for film noir, westerns, superhero movies, classic films, foreign cinema, and wuxia. He also has interests in ancient history. His favorite actors are Tyrone Power, Charlton Heston, and Eleanor Parker. His favorite film is Casablanca, and his favorite director is Alfred Hitchcock. He can be reached by email at cnrmail@bellsouth.net and on Twitter at @cnraymond91.