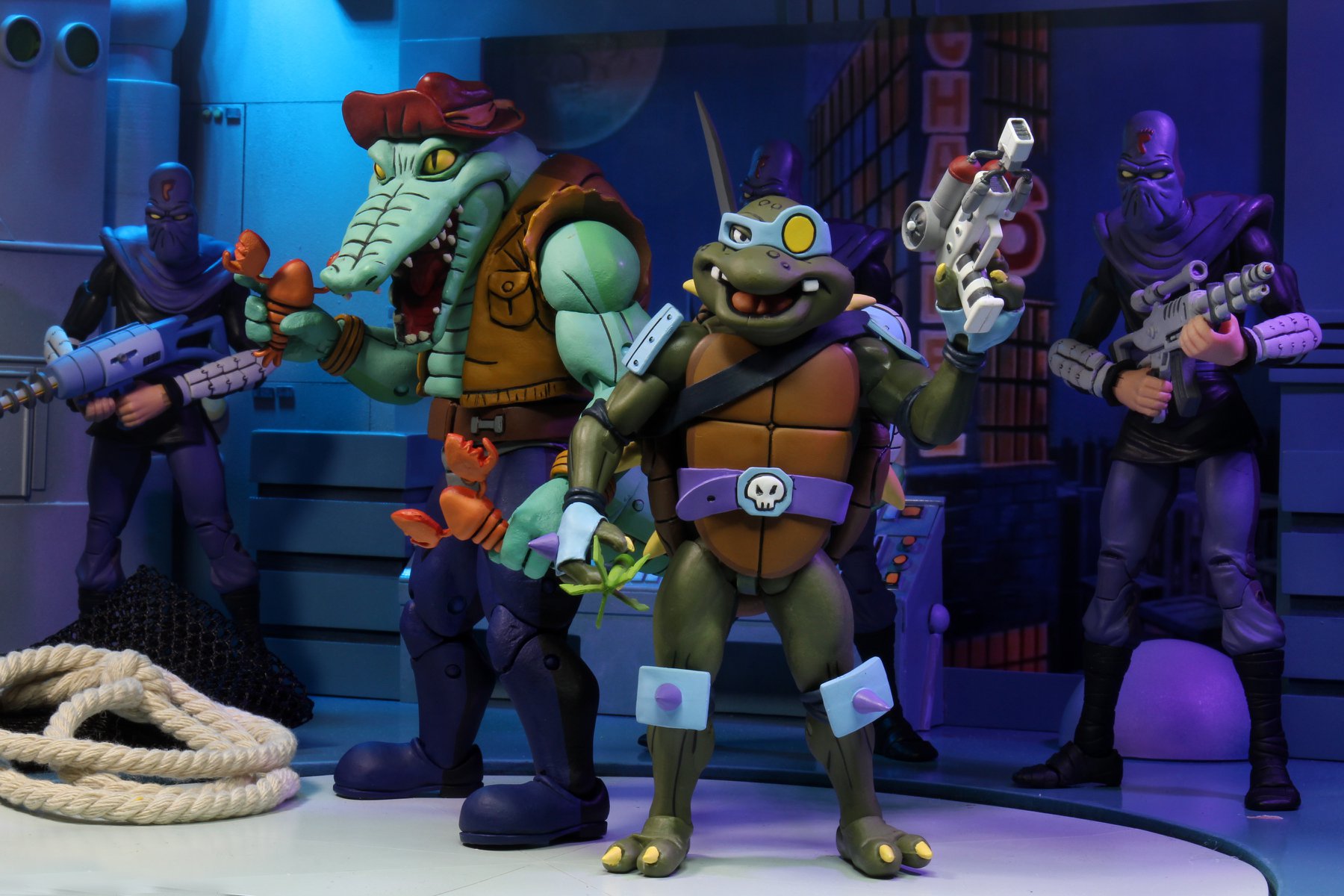 Just the other day NECA uploaded a gallery for their Cartoon TMNT Series 3 Two-Packs which consists of Leatherhead and Slash and April O’Neil and Casey Jones. The gallery also gives us a look at the Ultimate Foot Soldier and Metal Head which will be out later this year.

I haven’t personally purchased any of the cartoon TMNT figures by NECA because they are a bit pricey and a bit difficult to get hold of. I have to say the figures themselves look absolutely fantastic. Even though I haven’t got any of these figures I can admire them.

The Series 3 two-pack will be hitting Target in the States soon with the Ultimate Foot Soldier and Metal Head coming later this year.