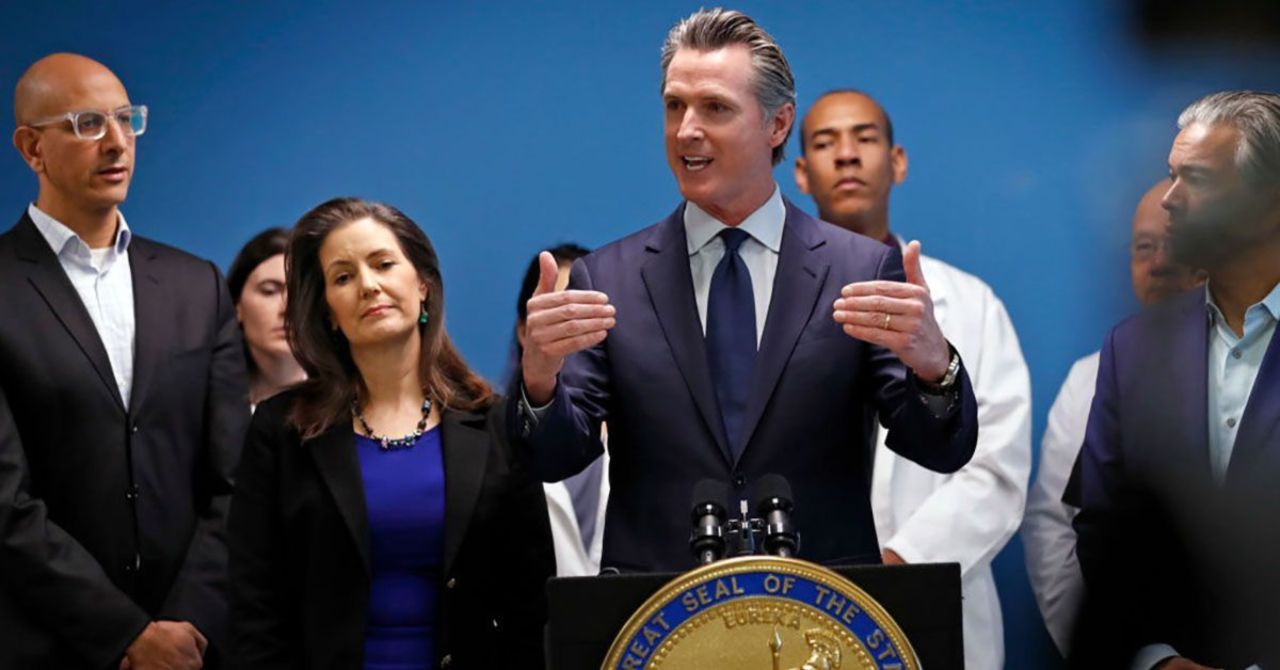 On Wednesday, California Governor Gavin Newsom announced that the state will issue guidelines to allow film and television productions to start up again after being shut down for more than two months due to the coronavirus pandemic, but it’s news that has Hollywood executives stunned. According to a new report, executives in the entertainment industry did not expect Wednesday’s announcement with some suggesting even with new guidelines, the industry isn’t quite ready to open back up.

“We are over a month away at least from reopening sets,” a producer with series on both network and streaming told Deadline. “I don’t care what Newsom says, I’m looking at July, at the earliest, to make sure everything is safe for my people.”

Another executive echoed that sentiment, noting that the industry simply wasn’t ready yet due to far too many unknowns as well as the number of cases of COVID-19.

“There is no way we’re ready yet,” one executive told the outlet. “There are too many cases here, too many deaths and too many unknowns. They can’t even get corner stores to stick with the rules of reopening, so sets and studio lots are a long way from being safe. A lot of change is going to be needed.”

On Wednesday, Newsom announced during a virtual roundtable which included industry leaders such as director Ava DuVernay and Netflix chief content officers Ted Sarandos that the state would issue guidelines on Monday and that it was possible that some productions could restart as soon as next week, depending on where in the state they were operating. Sarandos in particular noted that safety protocols were something that the industry “can definitely be figured out”.

“The choices that we have to make today are not staying home or not, it really is how do we get back to work safely,” Sarandos said. “It can definitely be figured out. We have the smartest people in the world working on it.”

However, even with Newsom planning to layout guidelines next week, the governor’s office did acknowledge that it may be some time before Los Angeles County restart productions. The county continues to represent the bulk of the state’s cases of COVID-19, a significant problem for the restarting of film and television production.

What do you think about this latest update on the restarting of film and television production? Let us know in the comments below.